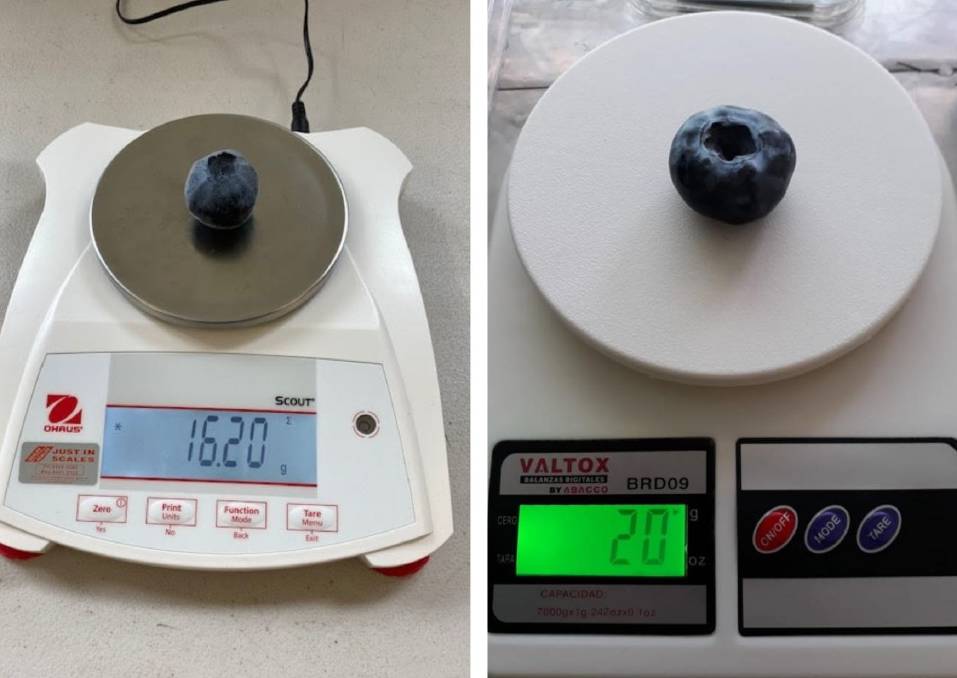 COMPETITION: The OZblu blueberry on the left was declared the world's largest blueberry, however the one on the right from Mountain Blue is heavier.

The world's largest blueberry might not actually be the biggest.

NOT so fast, Guinness World Records.

A South African-owned blueberry company with farms in Australia has claimed the title of the world's heaviest blueberry, two years after setting the previous record.

But although the record might be official, Good Fruit & Vegetables believes there are bigger berries out there.

In October, OZblu, which has farms across the globe, weighed a blueberry at 16.20 grams with a diameter of 36.3mm.

Guinness World Records confirmed the berry as the new record holder, noting that OZblu broke its own record (12.39g) from two years ago . 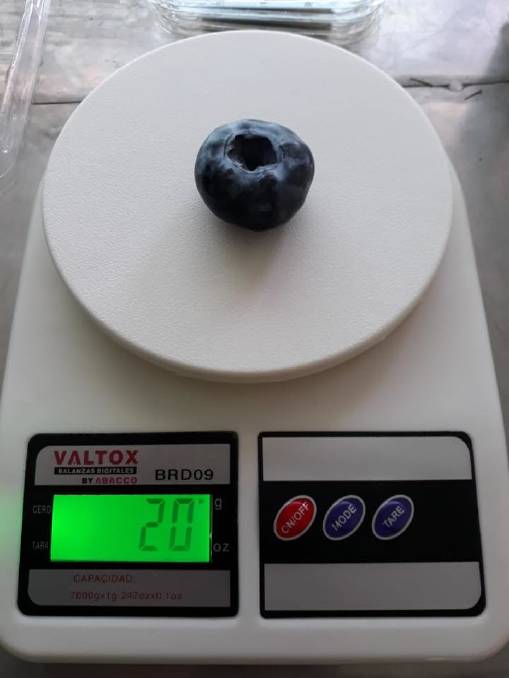 He also posted a video of the fruit being placed on a set of digital scans, weighing it at 20g.

Mr McGuiness said the readings were accurate and legitimate.

OZblu's world record blueberry was grown by Dave and Leasa Mazzardis, who founded and own the Natures Select breeding program in in Wilbinga, Western Australia.

The pair breed low-chill evergreen blueberry genetics that are commercially viable for growers.

"While larger blueberries are a result of this natural selection process, and although some markets do prefer 'jumbo' size berries, our focus amongst other agronomical traits remains delivering a consistent and quality eating experience to the consumer," Mr Mazzardis said.

OZblu is a brand owned by United Exports, which jointly owns the blueberry breeding program. 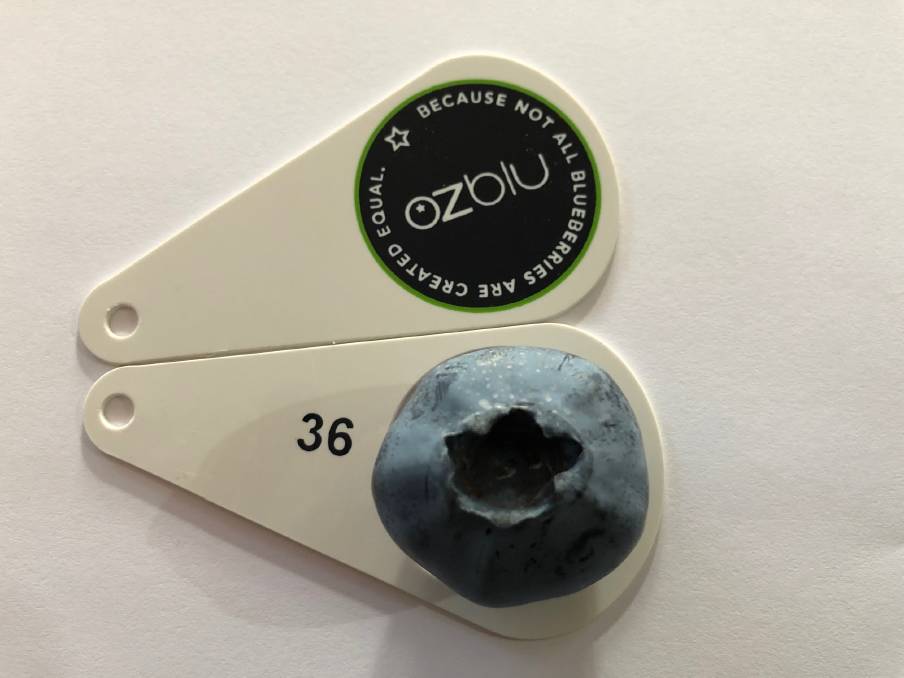 BIG: The "world record" blueberry from OZblu which weighed 16.2g, with a circumference of 36.3mm.

Founder of United Exports, Roger Horak, said it was important to remember that size wasn't all that matters.

"We are intent on growing the best blueberries on the market and this means that taste, crunch and flavour are our priorities," Mr Horak said.

"Dave and Leasa just happen to grow record sized fruit too. The innovation that Dave and Leasa have delivered to the blueberry category, is truly nothing short of ground breaking for this incredible super fruit, and will go down in history."