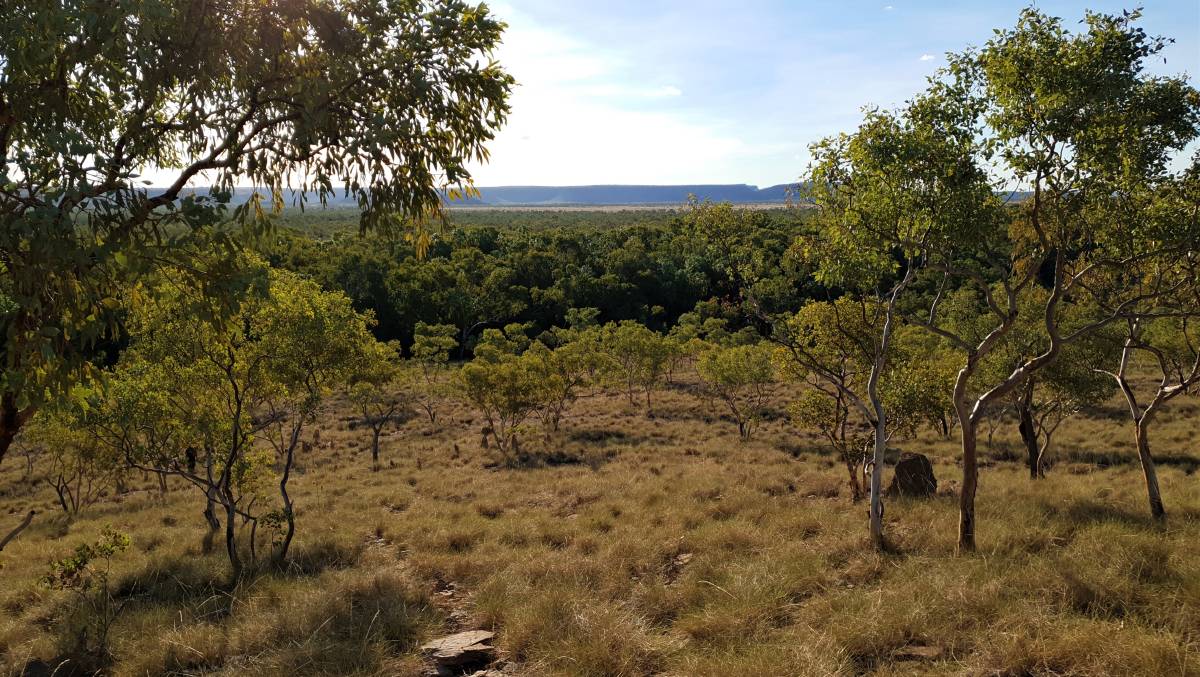 Queensland agricultural and conservation lobby groups have been supportive of the LNP's weekend announcement that if elected, it will deliver a new protected area fund to increase nature refuges and national parks by more than 13 times their current level.

Queensland agricultural and conservation lobby groups have been supportive of the LNP's weekend announcement that if elected, it will deliver a new protected area fund to increase nature refuges and national parks by more than 13 times their current level.

It would spend an additional $20 million per year from July 2021 to increase Queensland's protected area estates but doesn't specify how the money will be allocated between national parks and voluntary protected areas on private land.

The announcement was widely hailed as acknowledging the essential role that Queensland farmers play as responsible land managers.

According to the LNP's opposition spokesman for environment David Crisafulli, funding for new protected areas had fallen from an average of $20 million a year under the previous LNP government to $1.5 million last year.

"Populations of threatened species like koalas are declining in Queensland under Labor," he said. "An LNP government will work with both farmers, councils and conservation groups to ensure that we can get the most out of our investment and exceed our targets, rather than leave Queensland wallowing with the worst protected area ratio in Australia."

He described the strategy as delivering practical outcomes that would protect Queensland's natural environment and support local jobs.

In her response, Environment Minister Leeanne Enoch cited the 2013 Newman government changes to vegetation management laws and said the LNP had to play environmental catch-up for those changes, which "resulted in the equivalent of 1000 football fields a day of habitat loss".

Ms Enoch was defensive of the Palaszczuk government record on koala populations, saying it had introduced the strongest koala protections that Queensland had ever seen.

She said it had already invested over $120 million in Queensland's protected areas and cited the Queensland Protected Area Strategy 2020-2030 released in the week before the government went into caretaker mode.

It continues the ALP's aspirational target of setting aside 17 per cent of Queensland's land mass for national parks, nature refuges and wildlife reserves, and committed $60m for the plan.

That was described at the time by Mr Crisafulli as shallow because Labor had failed to deliver upon it in government, and because they'd failed to properly manage and maintain their existing properties. 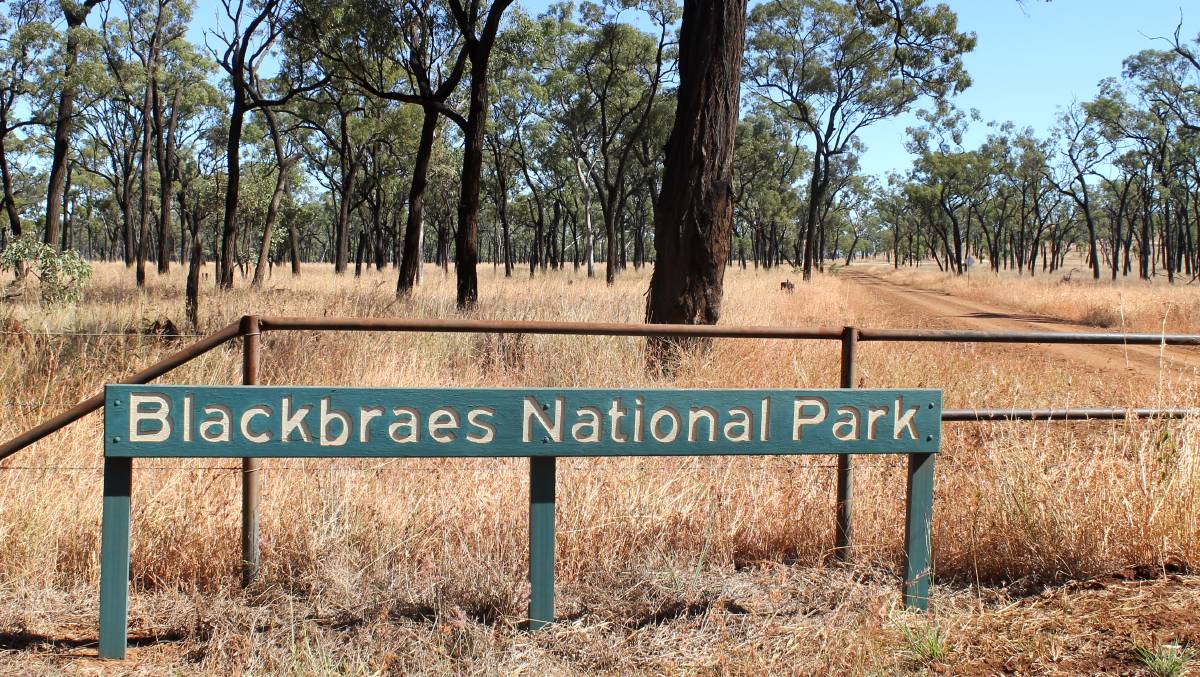 The entrance to Blackbraes National Park 170km north of Hughenden.

The Queensland Farmers' Federation welcomed the LNP announcement as a positive first step in recognising the practical conservation work farmers undertake on their land.

QFF CEO Georgina Davis said Queensland had the largest private protected area network in Australia, with over 500 landholders managing a total of 4.5 million hectares for conservation through the Nature Refuges Program.

"However, farmers currently receive less than 25 cents per hectare for their efforts. This announcement to invest in private protected areas presents an opportunity to achieve much-needed conservation outcomes in partnership with landholders, for the benefit of all Queenslanders.

"With broad support from landholders, farming and pastoral bodies, natural resource management, aboriginal and conservation organisations, further funding will be needed for future program expansion and delivery so as not to compromise its potential."

The announcement didn't include new funding for the environmental management of new or existing national parks or protected areas on private land, nor specifics about the stewardship of traditional owners, according to Our Living Outback spokeswoman Riley Rocco said.

She said she was expecting more announcements from the LNP on funding for the management of feral animals, invasive weeds and bushfires on state-owned land.

Our Living Outback and AgForce have been advocating jointly for better funding for protected areas on private land, and AgForce CEO Mike Guerin said it was good to see the LNP lift the bar on protected area spending.

"We've been strongly advocating for better funding for the voluntary private protected area program for many years so that landholders can better protect natural heritage on their land," he said.

"Because around 80 per cent of the state's area is held in private ownership or pastoral leases, protected areas or nature refuges on private land offer an unmissable opportunity to protect Queensland's unique environment at the same time as supporting landholders in the regions to better protect wildlife.

"This is the principle behind our 'natural capital' approach to land management that aims to improve environmental outcomes by compensating producers for delivering them on behalf of the community." 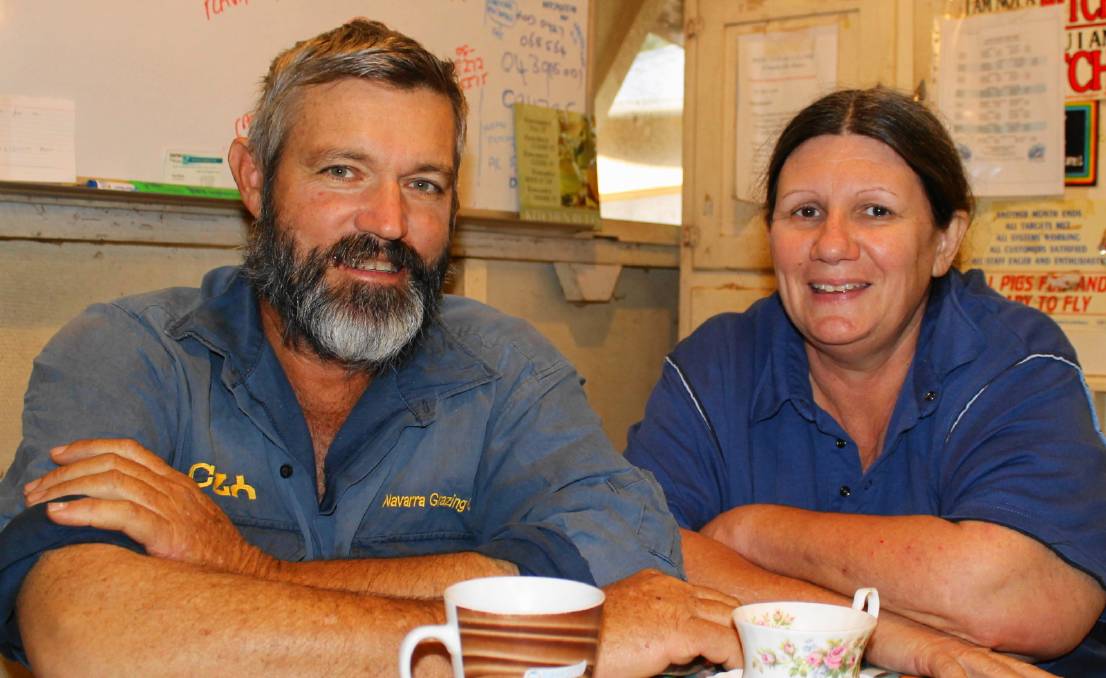 He believed it would encourage more people to dedicate part or all of their property as nature refuges and create more jobs in looking after the natural environment.

"Many people visit western Queensland each year to enjoy our unique nature and wildlife," he said.

"More investment in our nature refuges and national parks will help protect our natural assets for future generations.

"I do hope to see more funding for better management of protected areas announced. To protect nature we need to actively manage it and landholders need to be supported with realistic funding for ongoing jobs like fire management, weed and pest animal control," Mr Pegler said.

Dr Davis encouraged all political parties to match the funding announcement to conserve environmental and biodiversity values while ensuring the sustainable and productive use of farming land.