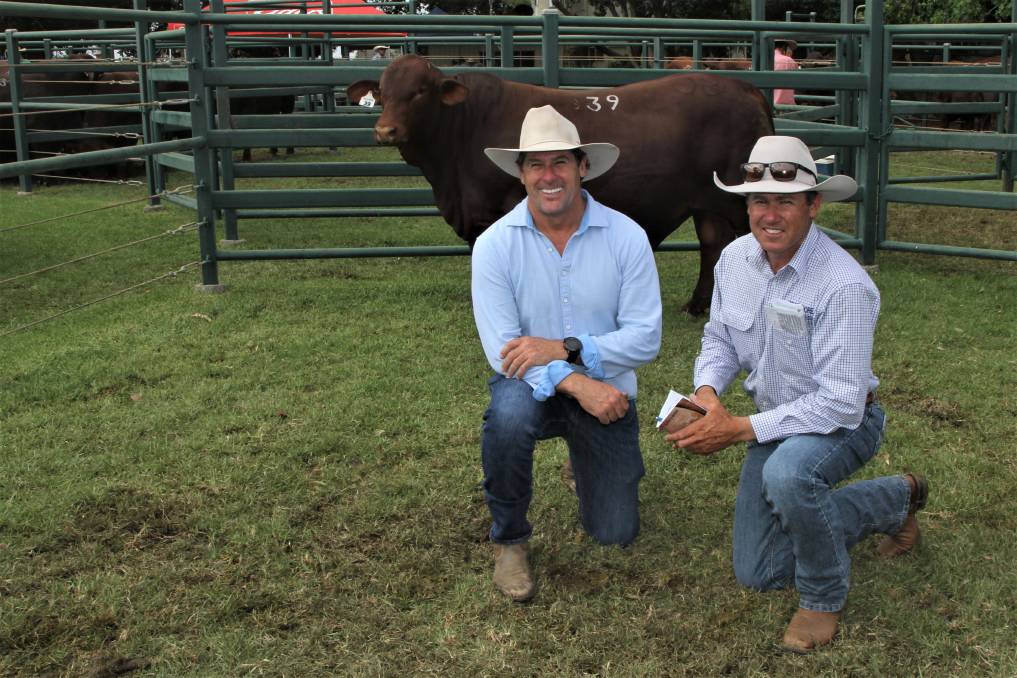 Strathmore Q362 (PS) may have been tucked a third of the way through the catalogue but when two astute Santa Gertrudis breeders each had eyes on him, the resulting price went to $45,000.

Strathmore Q362 (PS) may have been tucked a third of the way through the catalogue but when two astute Santa Gertrudis breeders each had eyes on him, the resulting price went to $45,000.

That was the top amount paid at the Walker family's 20th annual on-property bull sale for the Strathmore Santa Gertrudis stud at Blackall on Tuesday afternoon.

The 21-month-old bull, the son of Strathmore McGregor M316 (P), was purchased by the Yarrawonga Cattle Co, Wallumbilla.

Stud representative Andrew Bassingthwaighte said it was his completeness that caught his eye.

"It was everything together - his character, testicle size, excellent thickness and softness - that we liked," he said.

"We'll be putting him with stud heifers and hopefully he'll throw some consistent cattle.

"We have a lot of muscle now and we need some softness."

Yarrawonga fought off Dunlop Santas at Proston for the bull, who weighed 754kg, had an average daily weight gain of 1.15kg, semen morphology of 85 per cent, and a scrotal circumference of 39cm.

Yarrawonga outlaid the top money, $40,000, at the 2018 Strathmore sale, buying Strathmore Nexus in conjunction with Col and Kelly Mitchell at Talwood.

The next highest price paid on Tuesday was $32,500, outlaid by Bevan and Maree Pearce's Bendalla Santa stud at Longreach, for Strathmore Quest Q278 (PP).

Purchasers of the top-priced bull last year, the Pearces selected three bulls from the 2020 catalogue, paying an average $25,500.

Strathmore Quest weighed 780kg at 23 months, had an average daily weight gain of 1.07kg, semen morphology of 86pc, and a scrotal circumference of 42cm. 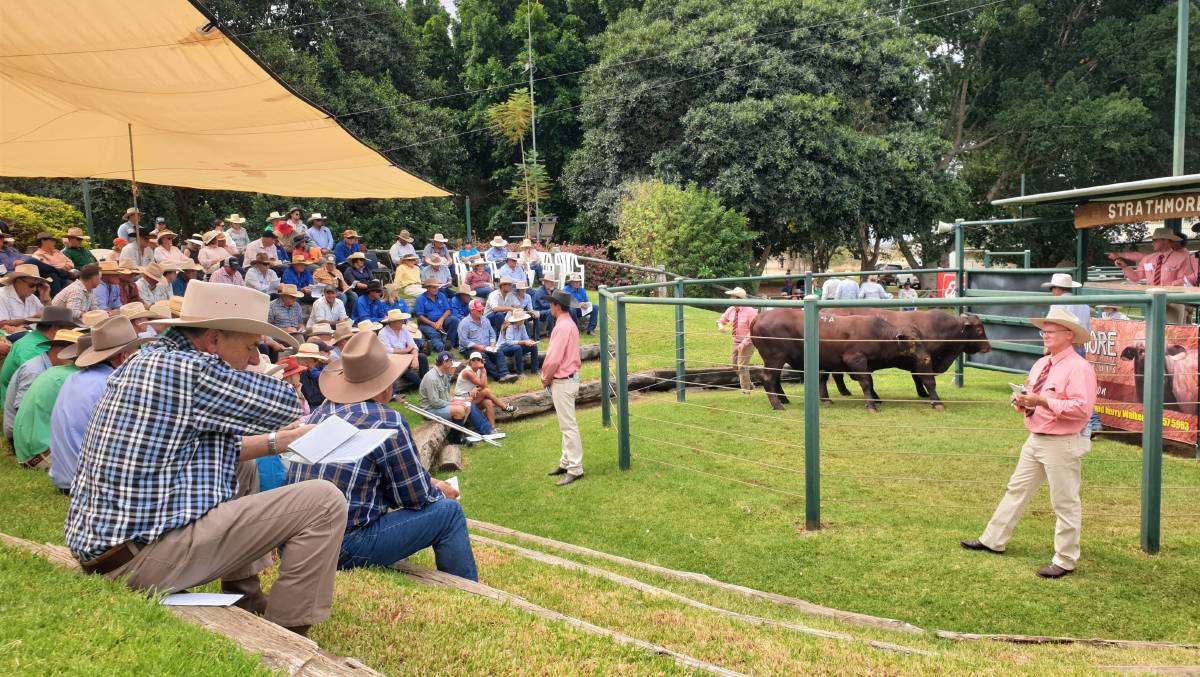 There was plenty of interest in the bulls on offer in the Strathmore sale ring.

The Pearson family's Bull Creek Cattle Co, which had purchased the top priced bull earlier in the day at the Barcoo Santa Breeders sale, bought two bulls at the Strathmore sale for $20,000 each.

The Arrabury Pastoral Co had been one of the volume buyers earlier in the day and continued that at Strathmore, selecting eight bulls for an average $9375.

General manager Tony Schutt said the company wanted young bulls for heifers and had had a long association with Santa Gertrudis cattle.

"These bulls had a good weight for age and plenty of muscle - they look like high-performing bulls," he said. "We traditionally fattened bullocks but now we target feeders and the domestic market."

Arrabury left the Blackall sales with 16 bulls in total.

Also buying at both sales was the Toliness Pastoral Co at Tambo, which purchased eight Strathmore bulls to go with the six bought from Drensmaine at the Barcoo Santa Breeders sale in the morning.

"These are good bulls and they're acclimatised.

"We don't have to take them too far, and I like to support locals."

Altogether the sales gave the Walker family their first million dollar gross in the 20 years they've been holding sales at Ravensbourne.