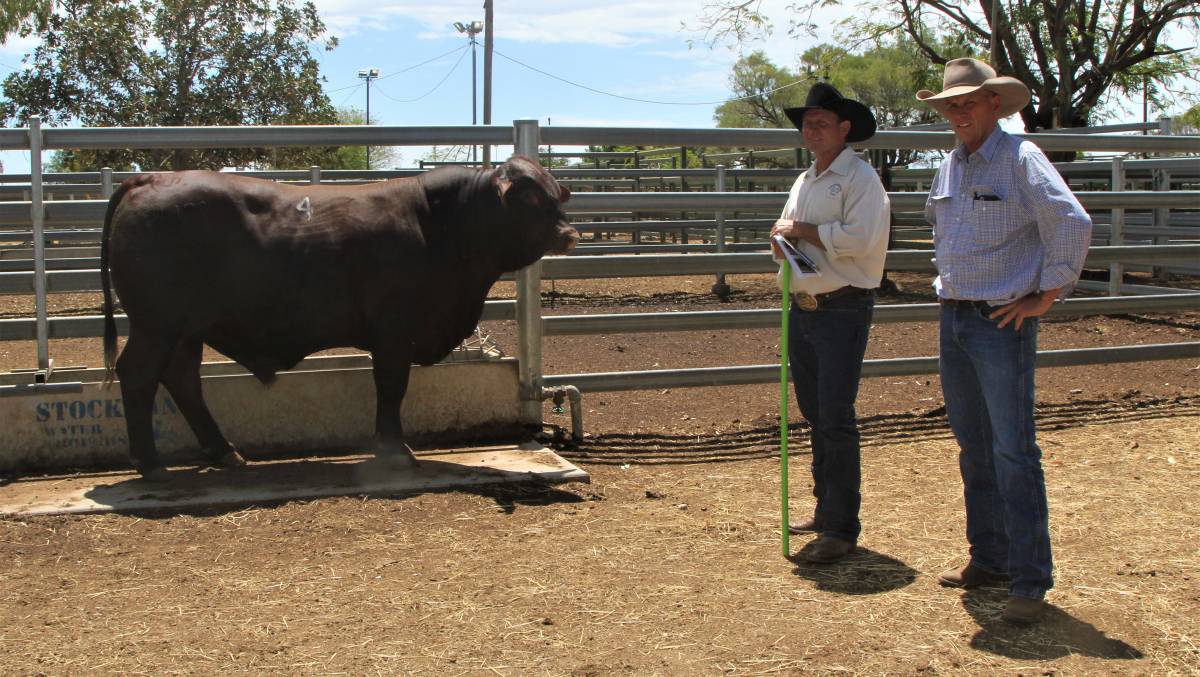 The Pearson family from Bull Creek at McKinlay showed they meant business at the 35th annual Barcoo Santa Breeders bull sale in Blackall on Tuesday.

The Pearson family from Bull Creek at McKinlay showed they meant business at the 35th annual Barcoo Santa Breeders bull sale in Blackall on Tuesday, opening up with an $18,000 bid for the first sire into the ring and then offering the sale's top price, $40,000, three lots later.

The Sargood family's Drensmaine stud sold first in the catalogue and it was their 23-month-old poll bull, Drensmaine Hit Man who caught the eye of many in the packed stands.

James Pearson said his typical Santa Gertrudis characteristics had been what had convinced them to outlay $40,000.

"We liked all his figures, his shape and structure," he said, adding that the son of Drensmaine Carnival C83 (P) would go into their northern stud herd of 250 cows.

Hit Man weighed 798kg, had P8 and rib fat measurements of 12mm and 10mm, an eye muscle area of 140 square centimetres, intramuscular fat of 6.2 per cent, and a scrotal circumference of 42.5cm.

Drensmaine's Matt Sargood said he had everything the stud wanted and they'd been tempted to keep him themselves.

"He has a classic style as far as the breed goes," he said. "He wasn't the biggest in the run but he was proportionally balanced, everything was in the right spot, and he had very good feet."

Bull Creek finished with four bulls for their morning's work, paying an average of $22,500.

Adams and Son, Darracourt, Blackall outlaid the second top price of the sale of $20,000 for Drensmaine Halfback (P), aged 22 months and sired by Drensmaine Arizona.

The Santa Hat Santa stud from Dareen, Eidsvold made one purchase at the sale, $18,000 for Drensmaine Huntsman, the son of Drensmaine Yukon 148 (P).

"It's the sort of result you work towards," he said. 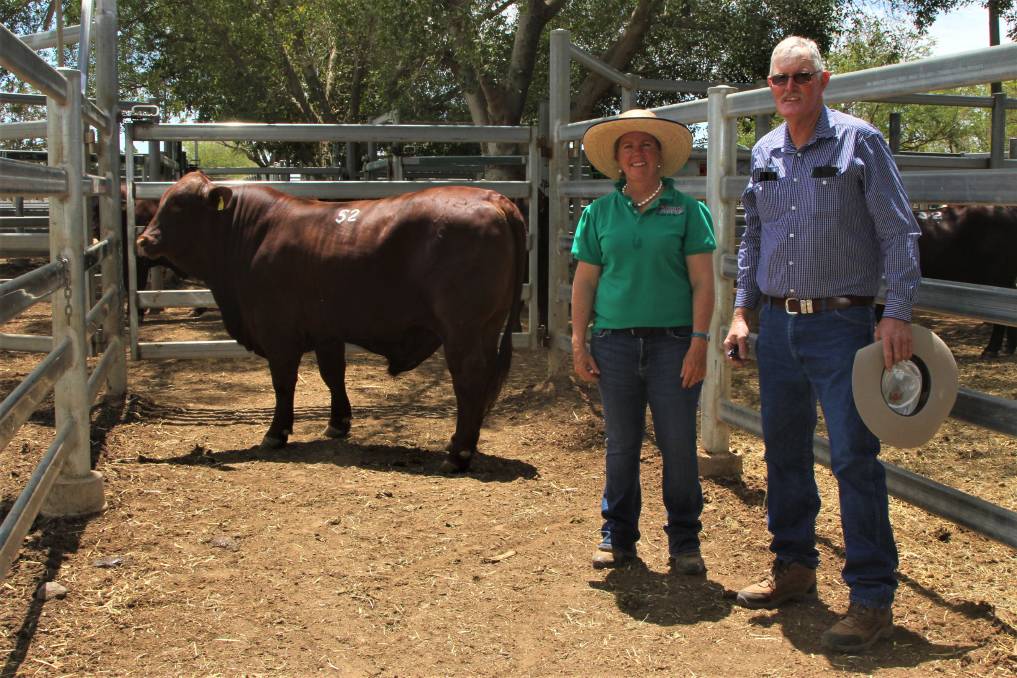 The Nugent family from Tambo Station were active at the sale, selecting four bulls including the two top priced bulls from the Forest Park draft of 17 to 22-month-old bulls.

Both his P8 and rib fat measurements were 10cm and his EMA was 128sq cm while his intramuscular fat was 5.2pc.

A few lots earlier, Forest Park Miles 1359 (PS) was also knocked down to Tambo Station, for $11,000, and David Nugent said both bulls would go into their general Santa Gertrudis herd.

"They are good, functional bulls," he said. "We've had a few over the years and they've been doing what we need."

Forest Park spokeswoman Liz Allen said for young bulls that had coped with severe drought conditions, they were very pleased with the sale's outcome.

"We've received nice support from all over, from the NT to Winton to Blackwater," she said.