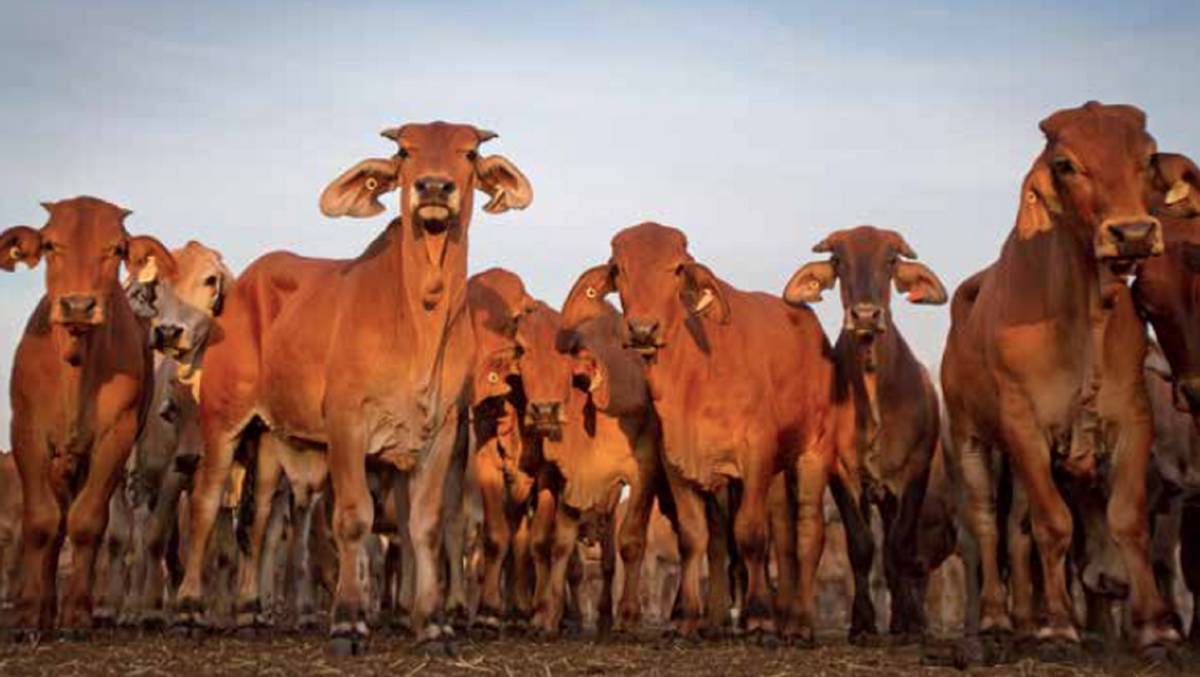 BETTER BEEF: MDH is carrying out early trial work with about 500 cattle on Iffley Station, Normanton, to visually assess the consumption rates of GHG blocks, which have been developed by AgCoTech to reduce emissions.

His research is based on a 3000 head herd of breeding cows in northern Australia and assessed five different scenarios to estimate potential productivity gains and reduction of green house gas emissions.

"Results from predictions suggest that feed supplementation in scenario two could increase production of liveweight by 55pc and reduce the intensity of GHGE by 24pc," Prof Gonzalez said.

"That equates to an abatement of 3533 tonnes CO2e/yr compared to the same unsupplemented herd.

"Predictions from scenario three indicated that production of liveweight could be increased by 83pc and the intensity of GHGE could be reduced by 34pc, equating to an abatement of 5891 tonnes CO2e/year compared to the unsupplemented herd.

"Scenario four and five produced the same amount of liveweight as scenarios two and three. However, the reduction of intensity of GHGE was of 31pc and 42pc, equating to an abatement of 4568 and 6954 tonnes CO2e/yr, respectively." The technology has been developed with the aim of reducing methane production by enabling the rumen of cattle to better process lower quality pastures, without the use of urea, in line with international GHG reduction standards.

Significant research has also already been carried out in South East Asia to develop and assess the medicated molasses blocks in extensive pastoral systems.

Julie McDonald said MDH was looking to decrease emissions through increased productivity. The company is working with Professor Julian Hill from RMIT to calculate net emissions to understand where they are best able to be targeted.

"The starting point is understanding where we stand on emissions and what is our baseline," Ms McDonald said.

It is hoped a whole-of-industry toolbox can be developed showing practical ways emissions can be reduced to increase productivity.