The LNP has launched its vision to water inland Queensland, screening a flyover of the New Bradfield Scheme. 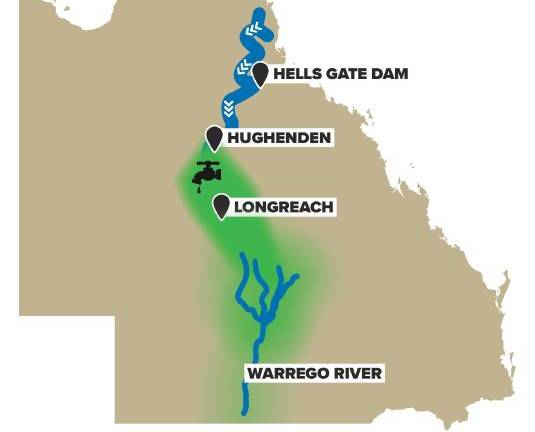 ELECTION 2020: The LNP has launched its vision to water inland Queensland, screening a flyover of the New Bradfield Scheme.

THE LNP has launched its vision to water inland Queensland, screening a flyover of the ambitious project New Bradfield Scheme at the party's election campaign launch ahead of the October 31 state poll.

Speaking in Brisbane, LNP Leader Deb Frecklington said is elected she would work with the federal Morrison Government to deliver the bold program of water infrastructure, including the New Bradfield Scheme.

"The New Bradfield Scheme will be a true nation-building project: the largest dam ever built in Australia," Ms Frecklington said.

"It will create a new food bowl that will be bigger than Tasmania.

"And it will be built and owned by the people of Queensland."

Ms Frecklington said a bold plan was needed to lift Queensland off the bottom of the economic ladder.

"The LNP will get Queensland working again. And that means building," she said.

"But Labor haven't built a dam in the regions for 15 years.

"No wonder our drought-stricken farmers are desperate for water."

"We will implement the recommendations of the Queensland Competition Authority and cut the price of water for thousands of farmers by almost 20 per cent," she said.

Ms Frecklington said Queesland was in the worst recession in almost a century, marked by more than 209,000 Queenslanders being unemployed.

"Our unemployment rate is the highest in the nation. And it's been that way for four years," she said.

"The Queensland economy was in trouble long before COVID. Now it's in crisis.

"That's what this election is about.

"It's about who can lead Queensland out of this recession.

"It's about who can grow the economy and create jobs."