CQUNIVERSITY has welcomed Labor's commitment of $8.4 million to fund Stage 1 of the Central Queensland TAFE Centre of Excellence.

THE Palaszczuk government has pledged $100 million to undertake major expansions of TAFE facilities right across regional Queensland, if re-elected at the upcoming state election.

CQUniversity welcomed Labor's commitment to fund $8.4m for Stage 1 of the Central Queensland TAFE Centre of Excellence, with the full proposal totaling $49.8m to bolster the supply of thousands of skilled workers for the future.

"Investing in TAFE infrastructure to help boost skills will be crucial to our state's economic recovery," Ms Palaszczuk said.

Regional Development and Manufacturing Minister Glenn Butcher revealed the commitment to delivering the first phase of the project at CQUniversity's Rockhampton City campus.

"Out of that $8.4m; $400,000 will be delivered to do a feasibility and business case study for the move over to the new campus and $8m to facilitate a new build of infastructure, which we know is desperately need to make sure we can train and skill the kids and young people of Rockhampton," Mr Butcher said.

CQUniversity Vice-Chancellor and president Professor Nick Klomp said the initial funding commitment would be a game-changer for public TAFE infrastructure in the Rockhampton region.

"For too long, public TAFE infrastructure in Rockhampton - one of the most important industry centres in Queensland - has lagged other parts of the state," Mr Klomp said.

"Not only will Stage 1 of the project create new construction jobs immediately, the Centre of Excellence will continue to create a supply of thousands of skilled workers in the years ahead - a truly sustainable investment."

"Whether it is in the traditional trades or whether it's in new technologies or in the advanced manufacturing area, it's a positive step to ensure we have world class training facilities in central Queensland," Mr O'Rourke said.

Keppel MP Brittany Lauga said this project has been in the making for many years.

"CQUniversity became a dual sector university a number of years ago, delivering TAFE and higher education programs and this is the next step towards growing that model," Ms Lauga said. 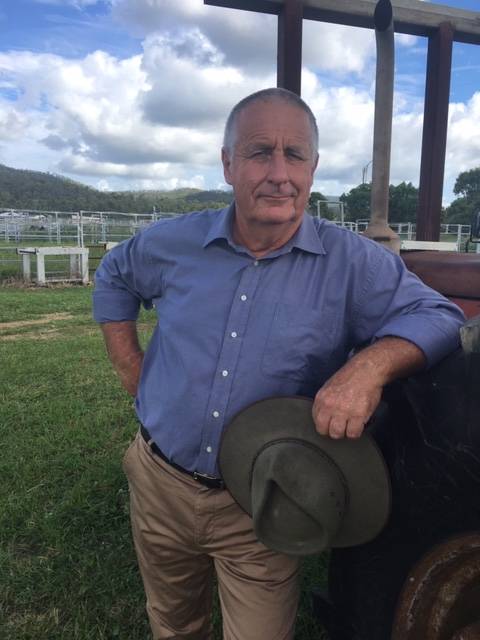 Kepple LNP candidate Adrian de Groot said Labor has zero credibility when it comes to training and educating the youth after shutting Agricultural colleges in Emerald and Longreach in 2018.

"What we have seen under Labor is apprenticeships and traineeships go off a cliff," Mr Groot said

"Queensland now has the highest youth unemployment in the nation - 15.5%.

"An LNP Government would give employers, training and employee representatives a seat at the table by creating a Queensland Industry Skills Council."

Rockhampton Katter's Australian Party candidate Christian Shepherd said his party would also commit $50m to establish the Central Queensland TAFE Centre of Excellence when elected and upon securing the balance of power.

"This development will increase central Queensland's vocational skills and drive our industrial productivity as we realign our economic focus to expand local industries and reduce our reliance on overseas manufacturing," Mr Shepherd said. "The centre will secure Rockhampton's trade future by bringing our facilities into the 21st century and giving TAFE students the ability to be trained locally.

Rockhampton LNP candidate Tony Hopkins said since Labor was elected in 2015, traineeships and apprenticeships numbers had gone into freefall.

"With my background in the resources, infrastructure and transport industries, as well as being a qualified mechanic, I have personally seen the decline in vocational training under the Palaszczuk government," Mr Hopkins said.

"Course completions have fallen by almost 33 per cent under Labor and there are almost 15pc fewer students in training."