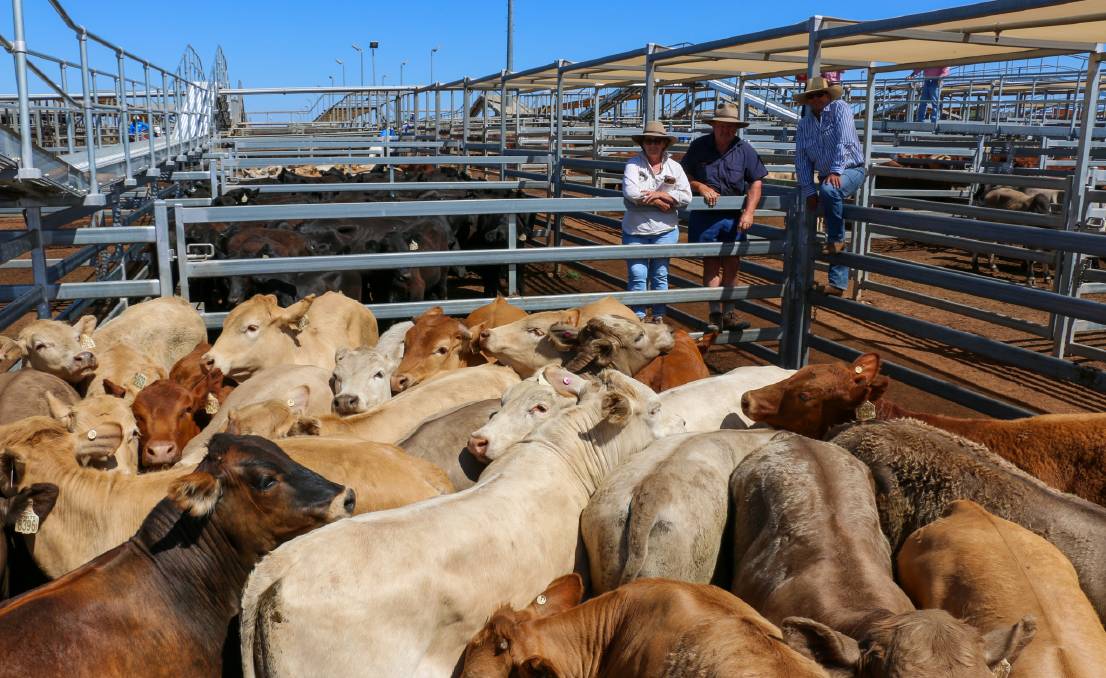 Steers at Roma saleyards this week.

THE benchmark Eastern Young Cattle Indicator has soared to a new record, hitting 794 cents a kilogram carcase weight at the end of yesterday's saleyard action.

It has jumped just under 20c in the past week and is sitting a whopping 310c above year-ago levels.

The EYCI has set a new record around half a dozen times this year, the last being at the end of August when rain pushed it to 784c.

Short supply combined with good seasonal conditions continue to be the driving factor, with those looking to rebuild herds and restock numbers creating red hot competition around the rails.

Numbers at Roma on Tuesday, for example, were down by 454 head on the previous week and the buying panel was even larger, including both restockers and feedlotters. That saw a good number of light weight yearling steers exceed the 500c/kg mark, and top at 556c setting a new price record for steers at the Roma saleyards.

The story of plenty of feed in paddocks and not enough mouths has meant Australia's cattle market is travelling at odds with the rest of the world. Analysts have repeatedly pointed out Australian cattle are the most expensive now. Local conditions have all year dominated uncertainty playing out on global markets in the wake of the health pandemic.

Rabobank's latest Agribusiness Monthly update says the price spread between restocker steers and heavy steers is now up around the record levels seen in late 2016 - around 80c/kg.

Rabo's analysts project continued strong prices for young cattle through October, given the average or above-average rainfall forecasts for much of the East Coast.

The story EYCI hits yet another record first appeared on Farm Online.