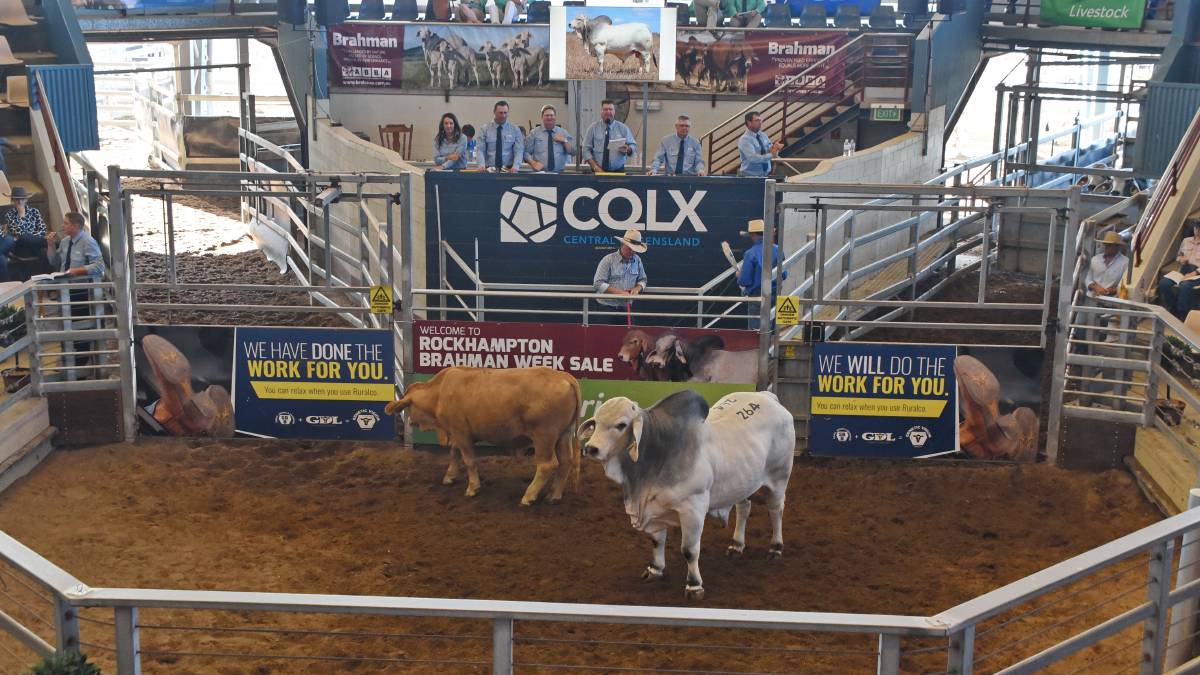 Day one of the Rockhampton Brahman Week Sale hit a record top price not once, but twice.

It's only day one of the Rockhampton Brahman Week Sale and records have already fallen.

Most notable however, was the previous record top price of $150,000 being surpassed not once, but twice, highlighting the demand for premier genetics and overall confidence within the beef industry.

Early in the catalogue, it was Nicneil Sugar Daddy (IVF) (H) from Neil and Nicole Gibbs that incited a bidding war, to be knocked down for $180,000.

The stage was set for a record result when the bidding opened at $50,000 before Elders auctioneer Michael Smith could even finish his spiel about the sire prospect, and it only got more exciting from there.

Ooline Brahmans, Goovigen, Cambil Brahmans, Proserpine, and Rosetta Grazing, Collinsville, were under no illusions that Sugar Daddy would be cheap and joined forces to take home the son of NCC Sugarwood (ET) (H).

At 25 months of age, the standout offering out of Brahrock Miss Elmo Bos Empress (ET) (H) weighed in at 918 kilograms, had an eye muscle area of 146 square centimetres and measured 39cm in scrotal circumference. 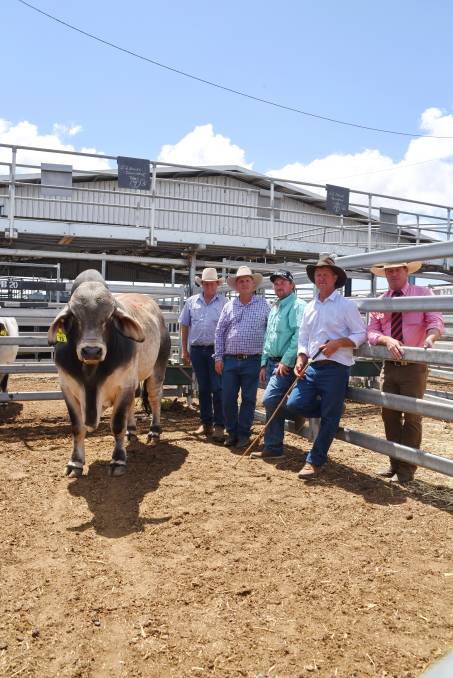 He also boasted fat scans of 12mm at the P8 and 8mm at the rib, with an intramuscular fat of 4.6pc.

The Nicneil draft of five grey bulls finished at an average of $46,600.

As the sale progressed, bids ranging from $45,000 to $75,000 continued to flow, but it wasn't until the Clukan line-up entered the ring that the atmosphere kicked up another notch.

With the four bulls before him averaging $39,250, it was no surprise when Clukan Baobab 365/8 (IVF) (PS) was met by bids from all corners of the buying gallery.

Bidding slowed at the $160,000 mark while the interested parties took stock and then quickly kicked into high gear to race away to the new record top price of $210,000.

Rosetta Grazing was once again in on the action as Gavin Scott joined forces with Owen Scott and family, Ruan Grazing, Clermont, to secure what they believed to be the best bull of the entire draft of nearly 900 grey and red sire prospects.