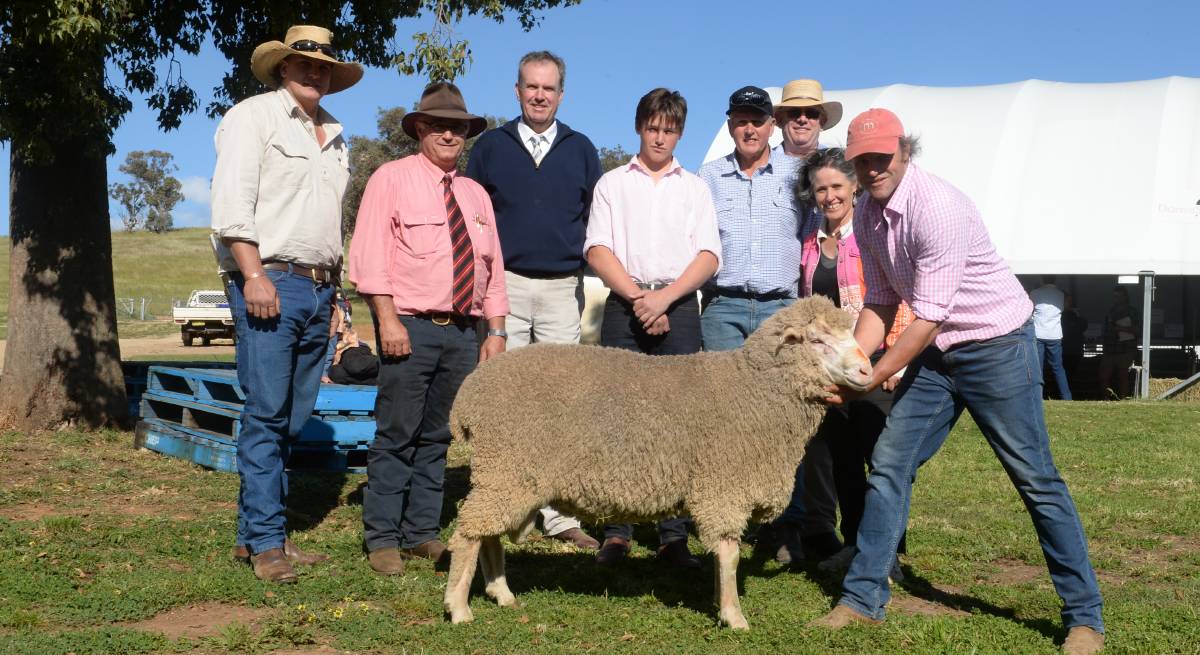 Poll Merino breeders keen on increasing wool and fertility bought up well at the Mumblebone stud sale, Wellington, which sold 258 rams for a $2920 average.

POLL Merino rams sold to a top of $14,000 when 258 of 260 fell under the hammer for a $2920 average at the 34th Annual Mumblebone Poll Merino on-property sale, Wuuluman near Wellington on Thursday..

Rams sold to all six states for stud principals, Chad and Louise Taylor, for a slight rise in the average price with 36 buyers from NSW, 11 from Victoria, four from South Australia, Three from Queensland and one from Western Australia and Tasmania, including buyers of 15 rams through AuctionsPlus. In welcoming the large crowd Mr Taylor said he was overwhelmed by the number of people from right across the country had come to Mumblebone to look and buy his rams.

"The people who have come are changing what they are doing in the Merino breeding industry using extensive Breedplan figures," he said.

"And that's pretty exciting space for us to be operating in. Some results in wool and lambing people are seeing is very exciting as these sheep fit the wool market and lamb market." 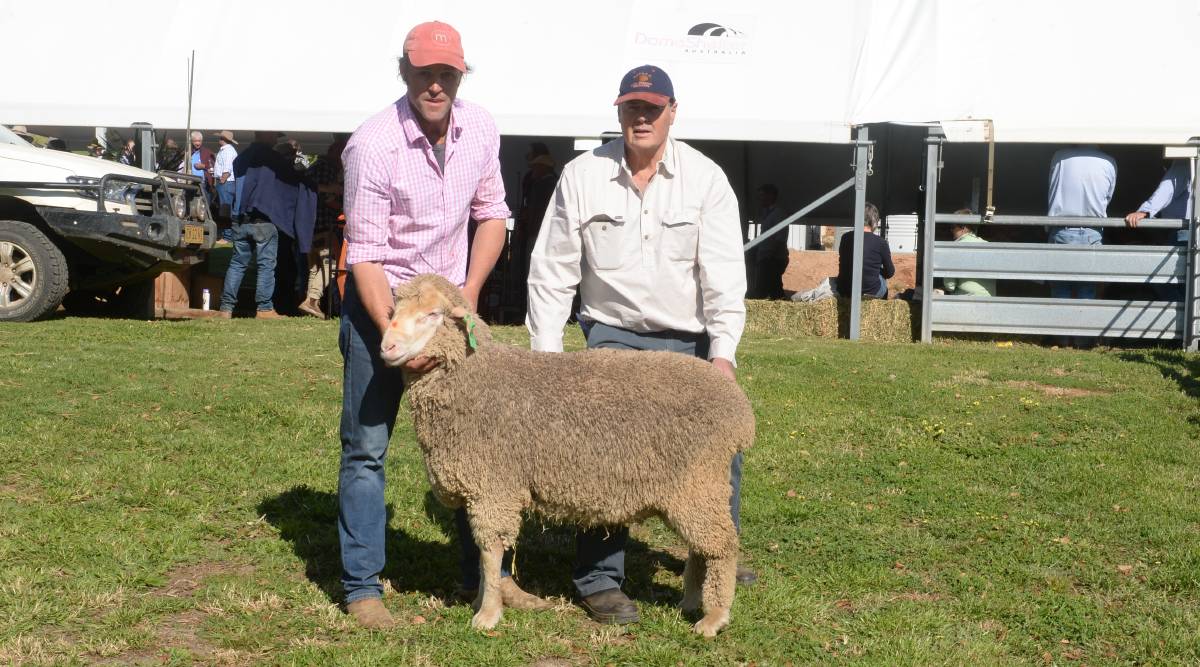 Mr Taylor said 130 per cent lambings are almost becoming common and to be involved with people gaining these results gave him a kick.

The top money at $14,000 was paid by Tim Mulholland, Mulholland Poll, Operina, Moulamein, who returned for the third year and also purchased the top-priced ram last year, although $2000 cheaper. At $10,000, the third highest price was paid by Ryan and Sarah Kluska, Kluka Ag, Kiandra Poll Merino stud, Kieth, SA, through the bidding within the shed by Jim Gordon, Young.

Mr Young said The Kluskas bought the ram was because of the ram's seriously good skin and breeding values, including, eating quality and number of Lamb's weaned.

The story Mumblebone Poll Merinos head to six states for $2920 average first appeared on The Land.