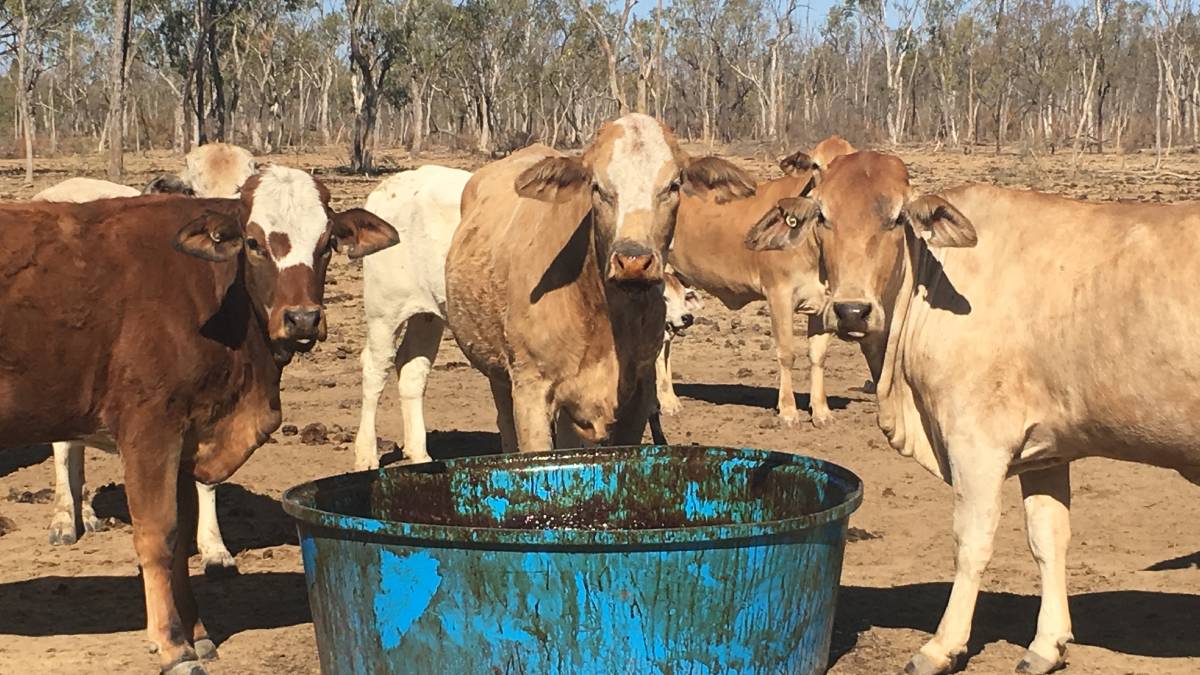 REDUCED supplies of molasses for stockfeed in line with smaller cane crushes has sparked talk that beef producers should start thinking seriously about on-farm storage.

While La Nina conditions are far from the severe drought that drove demand for the high-energy feed to the point where it had to be imported during the past two seasons, market conditions are pointing to the likelihood higher molasses prices and shorter supply will be the 'new normal'.

Added to lower molasses volumes out of Australian sugar mills is growing demand with more grainfed beef production and increased competition from overseas buyers, from both the feedstock and fermentation (ethanol) industries.

It is also used in some Australian distilleries for fuel production, although much of the capacity this year was diverted to making hand sanitiser.

Where molasses had traded for $150 a tonne in previous years, cattle producers are now expecting little to be on offer under $200 and more likely towards the $250 mark.

Some Queensland producers paid as much as $800/t for imported molasses last year, backed into a corner of continually supplementing through drought, with no agistment on offer, no grass and a depressed market to sell on.

Several thousand tonnes was imported from Vietnam and Thailand over the past two seasons in a very unusual move - long-time producers can remember it being imported only once before.

Around 40 Queensland producers signed up for the imported product and some made its way into NSW.

Molasses-based mixtures are widely used in areas within a reasonable distance of sugar mills, where transport costs keep it competitive with grain costs. It's an energy-only feed so has to be mixed with urea for protein.

Northern Australia beef consultant Geoff Niethe said there was always a place for feeding molasses to get out of trouble or to hit certain targets but it would not replace good pasture management.

Molasses-based supplements had a role in keeping weaners moving forward, spike feeding heifers and breeders and - in some circumstances - finishing steers, he said.

Attention has to be paid to stocking rates and pasture spelling as molasses mixtures use can result in more pasture being consumed and thus reduced ground cover.

"If you are feeding molasses for energy, you need to look at the comparative price per unit of megajoules of metabolisable energy on a dry matter basis," Mr Niethe said.

On a dry matter basis, molasses has approximately 10.7 MJ per kilogram, compared to wheat at 13.

It has high potassium levels and low sodium and phosphorus.

When its energy is balanced with key nutrients, it becomes a good supplement in many situations, Mr Niethe said.

It can still be fed in grassfed programs provided certain additives are not included.

Research indicates it can be stored for up to five years or longer but stronger tanks are required.

Contractor Daniel Mifsud, Mifsud Heavy Haulage at Clermont, said he had been encouraging clients to invest in storage for many years.

"It's like any commodity - if you need to have it, you have to create your own insurance," he said.

He was involved in importing molasses during the past two years and said while drought was obviously the big driver of increasing demand, the growth in feedlotting was also contributing.

The Australian Sugar Milling Council said it had been working closely with producer bodies such as Agforce to encourage pastoralists to establish storage to manage their exposure.

The shortage of molasses extended across the Asia Pacific, ASMC's Jim Crane said.

The forecast cane crush for Australia this year was just under 31m tonnes, down 1m on last year and well below the 36m crushed in 2016.

Thailand, however, has dropped from 130m tonnes to 70m. Meanwhile, India's big crops are being diverted to ethanol production.

Molasses tonnage sits at around 3pc of cane tonnage. With mills under pressure from low sugar prices, they will need to maximise all income streams so will be looking for the highest bidders for byproducts.

In previous years, Australian mills have exported around 40pc of their molasses.

The NSW Sugar Milling Co-operative this year opted to put out tenders for its molasses production and entered into long-term contracts with local customers who factored in the rising market to the tune of around $30/t.