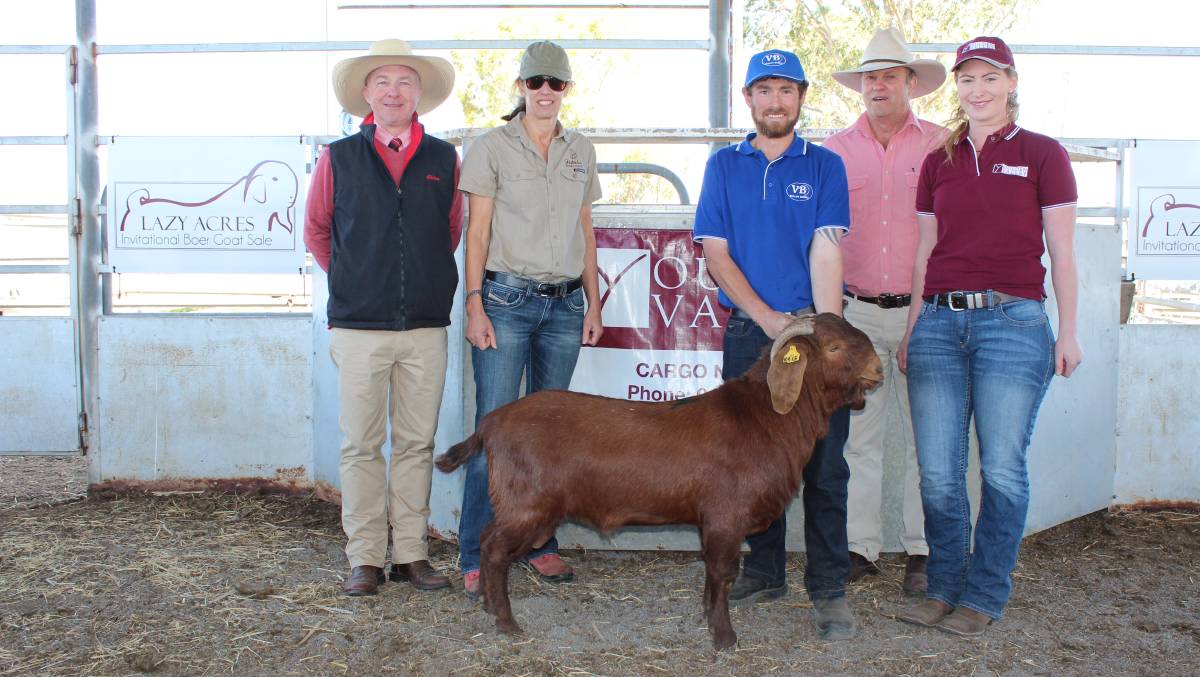 Red is the new trend in Australia's flourishing goat breeding world and it resulted in history being made in the stud Boer industry on the weekend.

Red is the new trend in Australia's flourishing goat breeding world and it resulted in history being made in the stud Boer industry on the weekend.

It's the first time red Boer goats have been sold at auction in Australia and so the price stands as a new record for the breed.

However, vendor Thomas Youlden said it was an exceptional price by any standard in the stud goat world. By comparison, his standard Boer bucks topped at $3000 at the multi-vendor sale.

An explosion in demand for red goats among commercial producers in western Queensland was driving the top prices, according to Mr Youlden.

At the end of July a red Boer buck offered at an AuctionsPlus national goat auction by Jake Berghofer and Emma Patterson of Springvale Boers at Eulo sold for $1510.

Mr Youlden said it was thought the red colour might help camouflage goats more from predators, plus they provided more uniformity in the line.

"Red Boers have been here 30 years, just like the standard Boers, they just haven't had the same support until now," he said.

"The success with the sale is unprecedented.

"It shows buyers are recognising that it's the same as buying a ram or bull - having the foresight to invest in quality stock will give you better returns long after the initial purchase price is forgotten."

The Lazy Acres invitational Boer goat sale at Allora offered close on 100 animals, including a number from NSW vendors Bengara Boer Goats and Valley Boers, based near Orange in the NSW central west.

Mr Youlden said stud breeders were trying to keep up with the emerging interest in Boer goats of all colours, saying people were also wanting black and paint Boers.

Producers were now willing to invest in quality genetics to improve their profit margins, now that the investment in infrastructure was paying off, he said.

"The attendance and demand seen at the sale even without having an online auction facility available reflects the emerging demand."

Following the success of the sale, organiser and successful vendor David Jenyns was said to be scheduling another for February 2021.