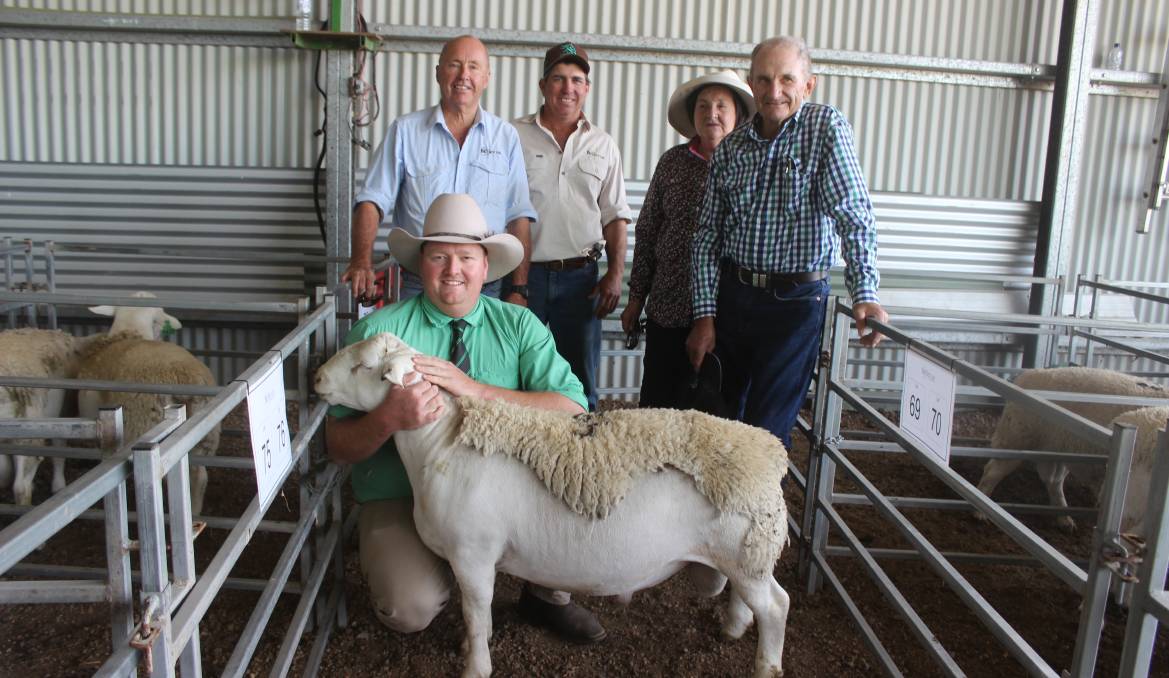 A White Dorper ram created a new record on-property price for the Curtis family of Bellevue Dorper and White Dorpers, when it sold for $18,500 at auction, near Millmerran on Friday.

The September 2019 drop top selling ram, by Burrawang bloodlines through his sire, was finally bought by Peter and Christine Donaldson, Karoola Stud, near Inverell, NSW ,after a long bidding duel.

The Donaldsons said they were looking for a quality outstanding stud ram and lot 49 ticked all the boxes for them.

"It was his conformation, beautiful balance and data including low birth weight fig fat figures which were impressive," Mrs Donaldson said.

This ram scored a maximum five points under the Bellevue Stud's Ram Evaluation Guide which gives rams a score to assist buyers with their selection.

The underbidders were Wayne and Karen Dingle, Boondarra White Dorpers and Smit Dorpers, Mungallala, who successfully purchased the top priced Dorper ram for $8200. who will be used over their Smit stud ewes.

"It was pleasing to see that while there were some first time buyers, about 80 per cent of buyers were repeat clients," he said.

Nutrien's Andrew Costello, was active operating through AuctionsPlus to secure 20 rams on behalf of 10 clients.

Buyers were active from local areas and all parts of south west Queensland, north to Mundubbera and Brooweena, and NSW.

Queensland Country Life will have a full report in net week's issue.