There's not many silver linings to the COVID-19 pandemic but it's allowed 22 Western Downs producers to explore the benefits of natural sequence farming rather than just one. 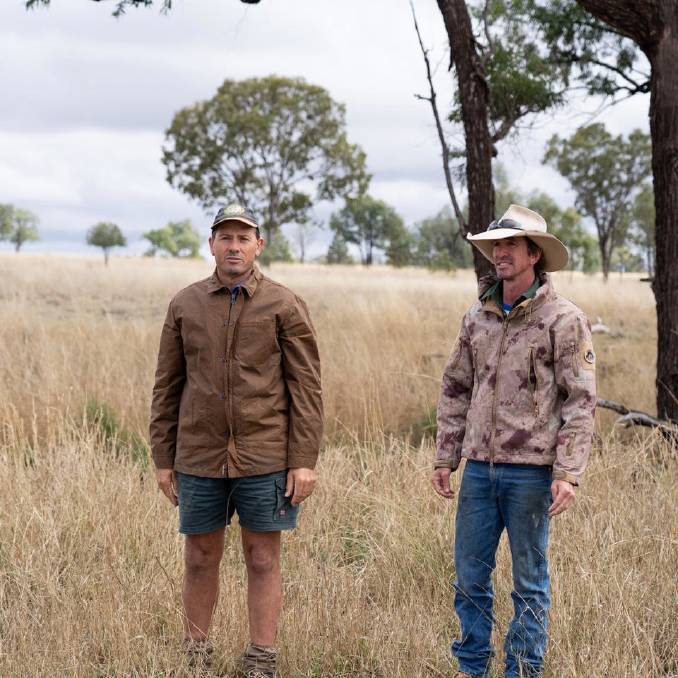 There's not many silver linings to the COVID-19 pandemic but it's allowed 22 Western Downs producers to explore the benefits of natural sequence farming rather than just one.

As the inaugural Lachlan Hughes Foundation Scholarship awardee, Roma's Jack Groat was planning to attend training at the Mulloon Institute east of Canberra this year but border closures put paid to that.

Instead, scholarship founders Philip and Adele Hughes arranged for Stuart Andrews, the son of the visionary Peter Andrews, the creator of natural sequence farming, to conduct a four-day on-property event in the old woolshed at Dulacca Downs.

The Foundation was established last year by Philip and Adele Hughes in honour of their son Lachlan, whose vision was the development of regenerative practices for grazing lands, and the event was organised so that Mr Groat would be able to complete the course as part of his scholarship.

Mr Groat said that rather than just himself travelling to Braidwood in NSW to learn more about regenerative agricultural practices, hosting an event in Queensland enabled a whole lot of people to benefit.

"Now we'll be able to go round to each other's places and help each other," he said. "It's a very progressive and exciting space to be in."

Philip Hughes agreed, saying that getting a group of like-minded people together would support each other in the adoption of the methods used.

"It's good to surround yourself with positive people," he said.

The course was co-presented by Gwyn Jones, a specialist in soil health, water management, plant succession and innovative ways to manage weeds.

As well as looking at the theory of landscape rehydration, the workshop was supported by afternoon field work to learn by doing.

Following the course, Mr Andrews visited Lorraine Station, the property Mr Groat and his wife Emma own north of Roma and where they have been already trying out techniques.

He was able to provide advice and further insight into how they could restore degraded areas and creeks, and improve soil health, water cycles and plant communities using natural sequence farming techniques.

"It's fascinating the way he talks about how the landscape should be working, as an endless series of water spreading and concentrating that allows it to rehydrate the land," Mr Groat said.

"Conventional European practices have completely destroyed that, but it's our obligation to rework the environment to maximise the water before it leaves our properties."

In doing so, it had the potential to maximise the value of the property by drought-proofing it, and help in wet times by lessening erosion, Mr Groat said.

He had read Peter Andrews' Beyond the Brink and was already trying out contour ripping and leaky weirs with mixed success.

Three small creeks flow across the property to become Smith's Creek before ending up in Bungeworgorai Creek, and Mr Groat said he'd started work on the harder ironbark and box country where the potential for water run-off was greater.

Thanks to another benefit of the scholarship, he's signed up to Agriwebb and through that to Cibolabs, which provides satellite imagery to give him information on dry matter yield per acre, for each of his paddocks, in order to measure his progress.

"The best about the scholarship is it requires me to put my learning into practice - I've got someone poking me in the back to do it," he said. "I knew Lachlan personally and the scholarship aims caught my attention - it was something I wanted to further."

Mr Hughes said the over-arching aim of the Lachlan Hughes Foundation was to improve the economic sustainability of the industry, and the rural communities they supported.