The Murphy family sold 142 Polled Merino rams for an average of $1555 at their on-property ram sale held at Karbullah, north west of Goondiwindi. 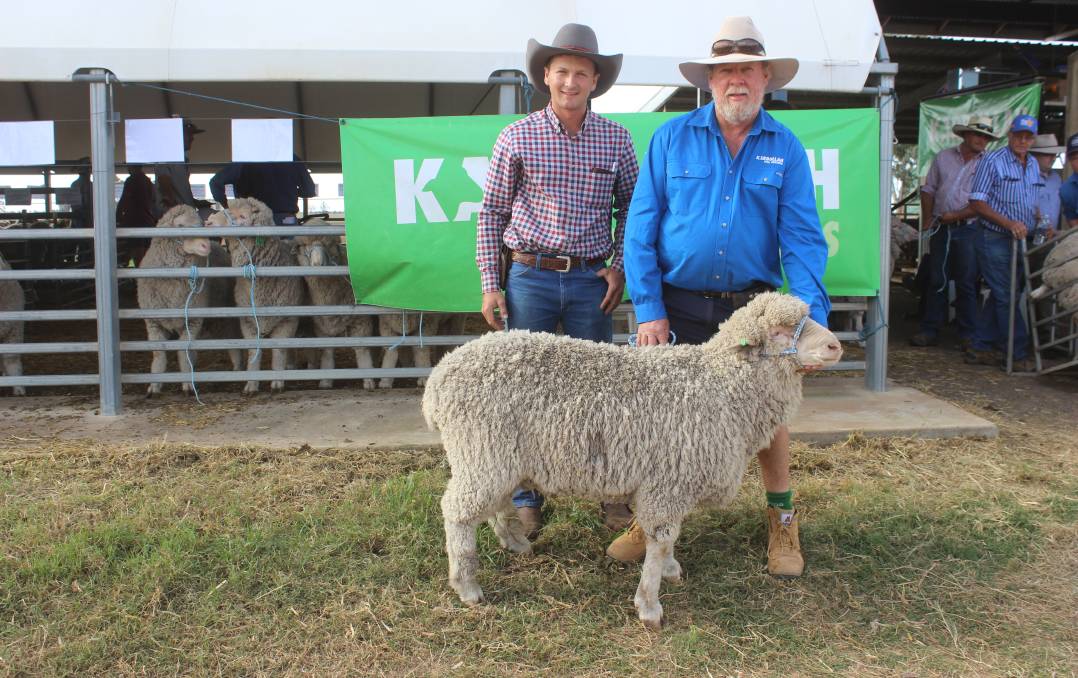 Mark and Vicki Murphy and family sold a total of 142 Polled Merino rams for an average of $1555 at their on-property ram sale held at Karbullah, north west of Goondiwindi.

The sale conducted under the Helmsman system through the AuctionsPlus platform, saw 29 active registered buyers participating and 26 buyers successfully securing their chosen lots.

The sale topped at $6600 for a July 2019 drop ram that attracted plenty of attention, and was finally secured by repeat buyer, Longreach district wool producer Jeremy Kinnon, Kinnon Brothers Pastoral Co, Nogo Station. Mr Kinnon made the long trek from Nogo to visibly inspect and secure 15 rams in all for an average of $2466.

He described his top priced lot as a good all rounder, great balance and having very good data.

"This ram is a top wool ram with phenomenal wool and has a quiet temperament," Mr Kinnon said.

The Kinnon family normally run 4000 ewes over Nogo Station, but due to the prevailing dry weather have reduced the number down to 1100 ewes.

"The other 2900 ewes are currently agisted on Upshot Station situated to the west of Longreach on the Silsoe Road," he said.

Armidale wool producer Lachlan Wilson, Dundoon, accompanied by his daughter Ariel, also operated and made the trip to Karbullah to visibly inspect their lots.

He runs 2500 ewes, producing 150 bales over three shearings in a two-year period.

Mr Wilson forward sells some of his 19 micron wool to ZQ Natural Fibre, which is owned and operated by The New Zealand Merino Company Ltd and supplies wool to sporting manufacturers.

Mr Wilson has been buying Karbullah Poll Merino rams for the past four years, and said he appreciates all the comprehensive data in accordance with the Australian Sheep Breeding Values the Murphys make available.

Stud principal Mark Murphy said all things considered, their $1555 sale average was very pleasing. "We had to deal with the difficulties of the COVID border crossing and were receiving mixed signals, plus the latest with the Chinese market," he said.

"Overall, we were very happy with the line of rams presented, and our top priced ram is an absolute ripper.

"From the 26 buyers, we were very pleased to secure the buying support of eight new clients operating."

Buyers were active from all parts of NSW, Victoria, and north to Winton.