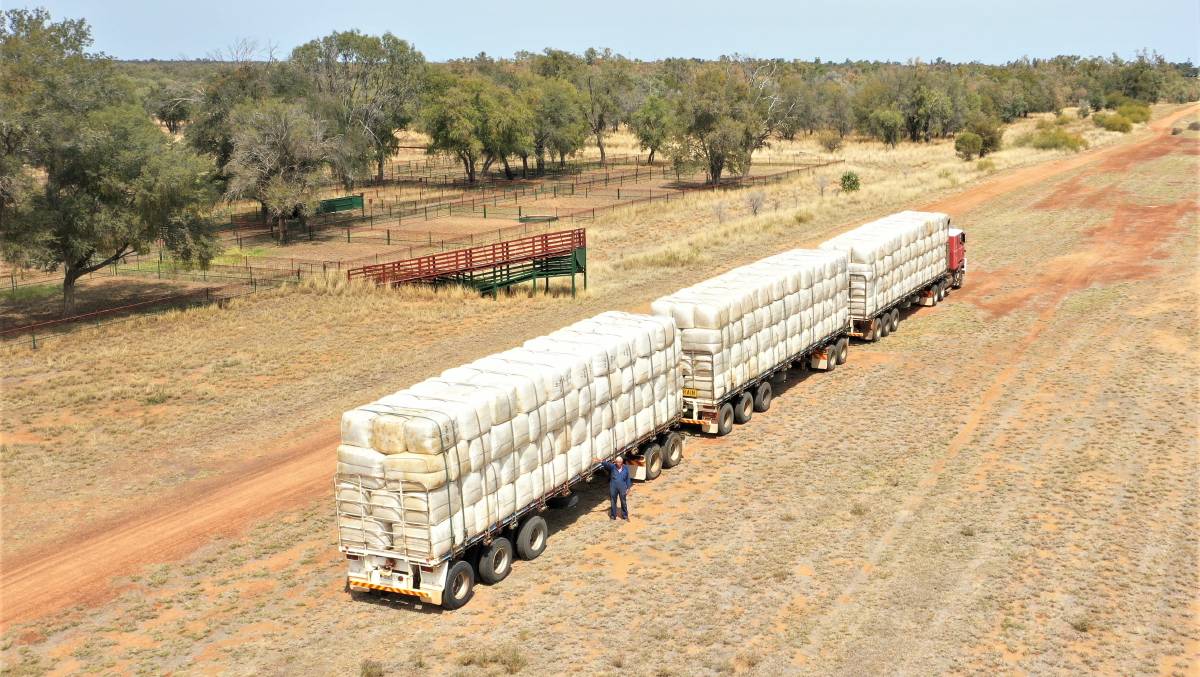 Making a statement: A triple road train of Merino wool - 378 bales or 126 bales a trailer - is a rare sight these days but one Blackall's Nev Noske has seen plenty of in his 60 years carting wool. Picture: Sally Gall.

It's been an impressive sight coming out of Queensland's central west in the last few months - trucks loaded four tiers high with wool on the highways - but the end result might not be one growers were initially expecting.

It's been an impressive sight coming out of Queensland's central west in the last few months - trucks loaded four tiers high with wool on the highways - but the end result might not be one growers were initially expecting.

Alison Krieg was one of three producers in the Blackall-Isisford area sending wool away recently and said she expected a fair kick when it was eventually sold.

"Seventy-five bales on that truck were mine," she said.

"It's the best wool clip I've had for years - they were cutting one kilogram extra, there was no vegetable matter, the staple was long and strong.

Ms Krieg said while she hadn't committed to selling her wool yet, having it in store at least meant she could get it tested and have it ready to move if there was an uptick in the market.

"Plus there were insurance considerations with storing it at home," she said.

While the woeful season has continued at Longreach for John and Elizabeth Beatty, they've managed to send 440 bales of wool down from their country at Longreach and from Arno at Isisford, compared to 260 last year.

Mr Beatty said he wasn't a big fan of storing wool and would rather meet the market of the day, and had received less as a total return for the 440 bales sold recently than he did for the 260 bales a year ago.

"If we ever have good prices and good seasons together, we might be able to hang up a shingle," he said. 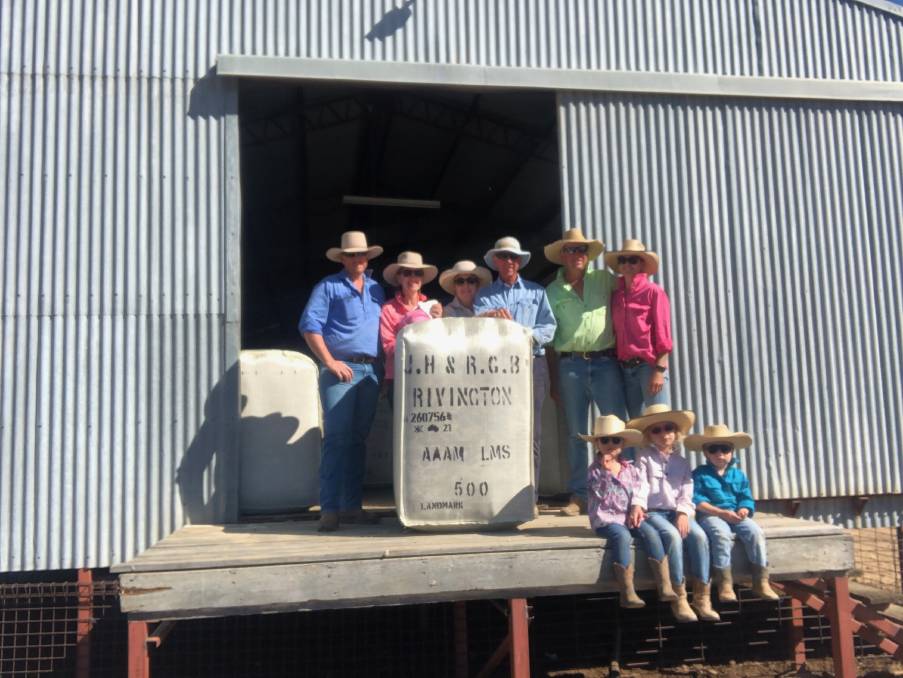 Three generations of the Banks family with the five hundredth bale produced this season from their country west of Blackall. Picture supplied.

Every other year the Banks family has been running sheep on their properties west of Blackall they've made more from wool than meat, but that might be reversed this year.

They were the third of the woolgrowers from the Blackall-Isisford district sending their wool down to Brisbane woolstores with Nev Noske Transport last week with no great hopes of a healthy return from what is their first decent clip in years.

Their wool is yet to be tested but Ben Banks said their grown sheep were cutting just over 6kg and they'd pressed 513 bales over three shearings in the calendar year.

"It's not our biggest number but it's the best we've had for five years or more," he said. "Things are heading in the right direction - the sheep are cutting more and we've got a few more of them, thanks to fencing."

The season has been below average at Springleigh, Rivington, Juray and Granby but it has been a good year for sheep.

"They love it when they can see across the paddock and walk round a bit," Mr Banks said.

He and wife Oona have just purchased rams from North Ashrose in South Australia for hybrid vigour, liking both their carcase and wool attributes.

Mr Banks said in Queensland they'd be regarded as a dual purpose animal but in South Australia they were considered a wool animal.

He said they couldn't do much about the wool prices and may only sell a portion of the 513-bale clip at current market rates, to cover immediate running costs, but haven't made that decision yet.

In the meantime they're concentrating their efforts on recording performance and making informed classing decisions.

The money spent on exclusion fencing has at last brought them enough sheep that they can class and cull again, and they've been using an electronic tagging system since 2012 to analyse data.

Information on micron, fleece weight and body weight from bought mobs of sheep can also be incorporated, and Mr Banks said their woolclasser was commenting on the difference it was making.

"I'd say our micron will be up a bit this year," he said.

The family has been using Nev Noske to cart their wool since just before the Yaraka-Jericho railway line was closed down in 2006.

"Trucking the wool has been much better than putting it on the train," Mr Banks said.

"We had to take body truck loads down to the siding every afternoon before that.

"Nev's certainly an icon in the industry."