Hundreds of Dorper and White Dorper breed enthusiast either attended of bid through AuctionsPlus at the 2020 breeds' national show and sale last week and in doing so created a world record for a Dorper rams at $50,000.

The large sum was paid for the reserve senior champion Dorper ram of the show section exhibited by the Van Niekerk family based at Moama.

The ram, Dell Dorpers 190321 (ET), was sired by Burrawang Dorpers 140630 of pure Kaya blood and from one Dell stud's top breeding ewes, Dell 140076, the grand champion three years running of the Australian Sheep and Wool Show, Bendigo, Victoria, in 2015,16 and 17 and was the supreme cleanskin exhibit, the first Dorper sheep to gain this interbreed award in 2016.

This ram is one of seven ET lambs from this dam.

Buyer Grant Bredhauer said the ram was the best Dorper he had ever seen.

"He has a beautiful topline and very correct," Mr Bredhauer said.

"When yo look at a sheep and can't find anything wrong, then you have to buy it.

"We'll join his first to a couple of hundred ewes."

The partnership has just completed purchasing three other properties and running close to 6000 ewes and plans to build numbers up to some 14,000 by the end of next year.

Most of the properties have completed building exclusion fencing to safeguard the large sheep producing operation. 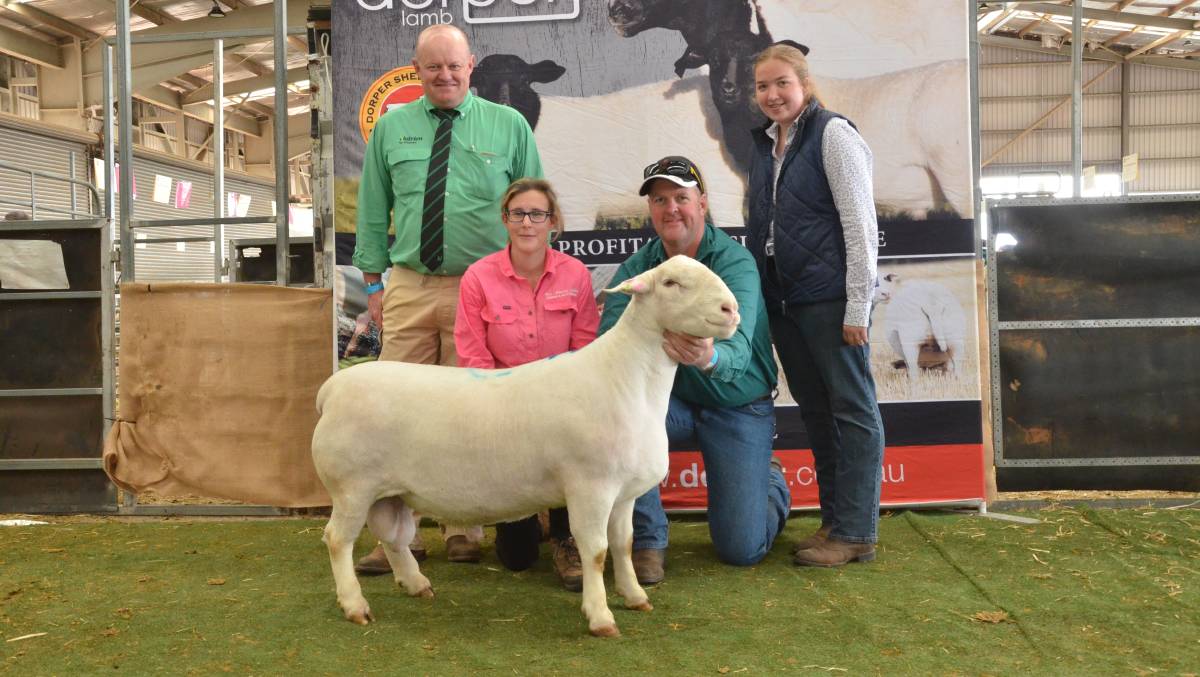