The Stephen Massingham-trained The Harrovian has started his latest campaign where he left off with another startling win. 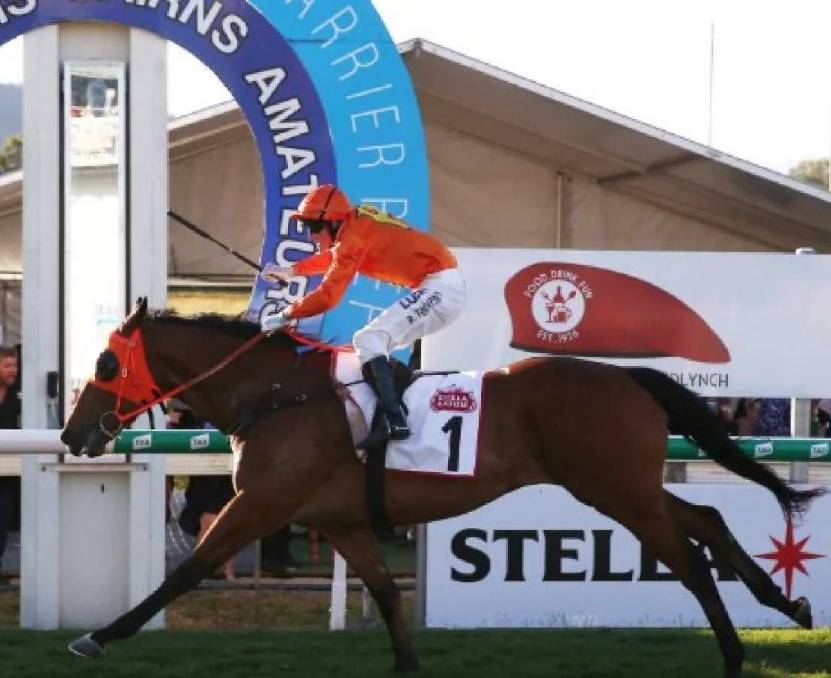 BIG WIN: The Harrovian made a successful return to racing in the Cairns Newmarket.

BRISBANE could be the next stepping stone for The Harrovian after his scorching Cairns Newmarket triumph on August 28.

Having his first run since April, The Harrovian (Fastnet Rock-Harrow) advertised class with a runaway win which pushed has advanced claims for a return to metropolitan standard racing.

The Harrovian settled back in the field for rider Aidan Holt despite a clean getaway from the barriers and at the halfway mark he was moving smoothly, though nearer last than first as Only Wanna Sing and Llanghro made the pace.

Approaching the final bend, Holt angled towards the outside on The Harrovian and once heads were turned for the run to the finish the gelding was the widest of all.

They made their run just metres from the outside running rail as rivals sought passage closer in.

Holt got busy on The Harrovian just before the 200m marker and within 100m they had the race in their keeping.

In fact Holt eased down well before the line, yet The Harrovian was still nearly two lengths ahead of Llangho (Ryan Wiggins), a brave runner-up, and Bullion Wolf (Graham Kliese) was a similar margin further away, third.

It was The Harrovian's ninth win in as many outings at Cannon Park and his 14th overall in 26 starts.

The Harrovian has not started in a city race since May, 2018, when he finished down the track at Sandown in Melbourne when previously part of the Jim Conlan stable.

He has been a revelation since his acquisition by businessman Tom Hedley and his partners and under trainer Stephen Massingham's guidance has captured a string of Far North Queensland features.

He appeared well treated under the special conditions of the Newmarket 59kgs as did opponents despite his vastly superior form.

Massingham realises weights might get the better of The Harrovian and has been thinking of a Brisbane campaign where he should enjoy some weight relief.