The growing distress at the critical circumstances facing a number of boarding school families as mid-semester holidays approach has prompted nine school principals to make an urgent joint appeal to the state government. 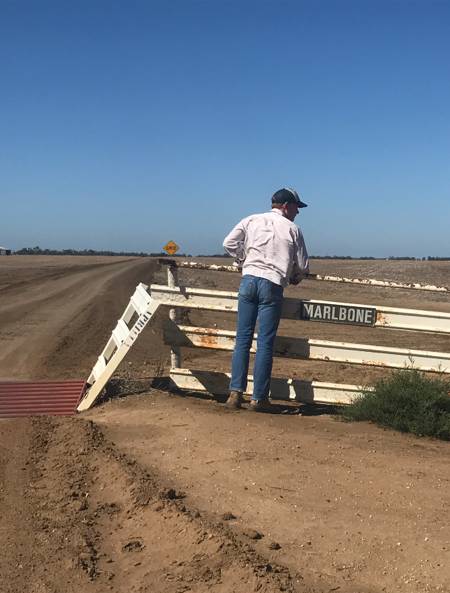 Burren Junction's James Slacksmith is one of hundreds of NSW boarding students in Queensland faced with not returning home until the end of the year.

The growing distress at the critical circumstances facing a number of boarding school families as mid-semester holidays approach has prompted nine school principals to make an urgent joint appeal to the state government.

"Our fears are that students will have to remain at school for the holidays, or that parents who rightfully want to see their children over the holidays will have to make tough decisions about schooling for term four and into the future," the letter states.

"Of greater concern, is the mental health impact inherent in this dislocated arrangement. To not see your son or daughter for months, or to develop trust with a boarding school and then to have to even contemplate starting again with a new school are added complications in the difficult time that we are all experiencing."

An ongoing refusal to consider exemptions, even when accompanied by statutory declarations and COVID-19 testing, could mean the hundreds of thousands of dollars invested by NSW families in education in the Darling Downs region is removed to Sydney schools.

In a similar letter to opposition leader Deb Frecklington, the principals say that boarding schools have never been asked to discriminate on the basis of 'state of origin' before.

'We live in isolation'

The Slacksmith family at Burren Junction, between Wee Waa and Walgett, have three children at Toowoomba boarding schools and say they are very concerned about the circumstances they face.

"My children are far more likely to be exposed to COVID in Toowoomba than at home," Jo Slacksmith said.

They have a cropping property 30km west south west of the small town, on a black soil road with no local secondary schooling option.

"Toowoomba schools are only six hours from us, whereas Sydney schools are eight to nine hours away," Ms Slacksmith said. "Being a city close to a capital city, its livability was appealing to us, and we wanted to send our children to schools where boarding was an important part of the school."

She travelled up to Toowoomba before the border closure was reinstated by the Queensland government on August 8, to attend to a sick child and share a birthday celebration, which meant employing someone to work on the Burren Junction property in her stead.

The two younger children home-schooled for the nine weeks of term two, which Ms Slacksmith said had been very lonely for them, and were trying to adjust to the many changes in their boarding life.

"There's no longer the ability for them to choose their food; they can't socialise between boarding houses anymore - it's putting a great mental strain on them," she said. "I have a brother in Brisbane but we understand they're not able to visit him because he's not a school family."

She returned home this week knowing that it may not be until the Christmas holidays before she and her husband see their children again.

The principals' letter said it was understood that day students had been given exemptions to travel to and from school across the NSW/Queensland border under Border Restrictions Direction (No. 11a).

"We want boarders to have the comparative opportunities their day student peers have; those who can cross the border, daily," it said.

Toowoomba Grammar School headmaster Peter Hauser added that it was possible for day scholars and their parents to travel to hotspot areas in south east Queensland and back up the range.

"There's a far greater risk involved in that than for people travelling to and from isolated properties," he said.

"That's understood by all our parents - they're very supportive of the boarders and the situation they're in.

"They're seeing how the rules can be bent for footballers and sportspeople."

A Queensland Health spokeswoman said exemptions to the Border Restrictions Direction were limited and issued only in exceptional circumstances.

"We appreciate the challenges facing boarding school students and their families during this unprecedented time," she said.

"We understand this is a complicated time for many, however the quarantine arrangements being used in Queensland are there to protect our community from the ongoing international COVID-19 pandemic.

"A single case can make all the difference between successfully flattening the curve, or widespread, uncontrolled community transmission."

An LNP spokesman said Premier Annastacia Palaszczuk needed to find a workable solution for families, adding there was no reason why a COVID plan couldn't be put in place.

Under the current regulations, boarding school students have to complete 14 days mandatory quarantine at a place directed by an emergency officer, at their own expense.

This could be at their boarding school if there is enough space for them to be isolated from other students as much as possible.

Toowoomba Grammar School alone has 45 students from NSW and Mr Hauser said some school's boarding houses wouldn't have the capacity to act as a quarantine centre.

"Parents are already paying boarding fees - the cost of this, imposed by the government, would be an extra expense for them," he said.

"Some of these parents might say, it's too much of a hassle, and send their children to school in Sydney.

"Boarding is worth a lot to Toowoomba's economy."