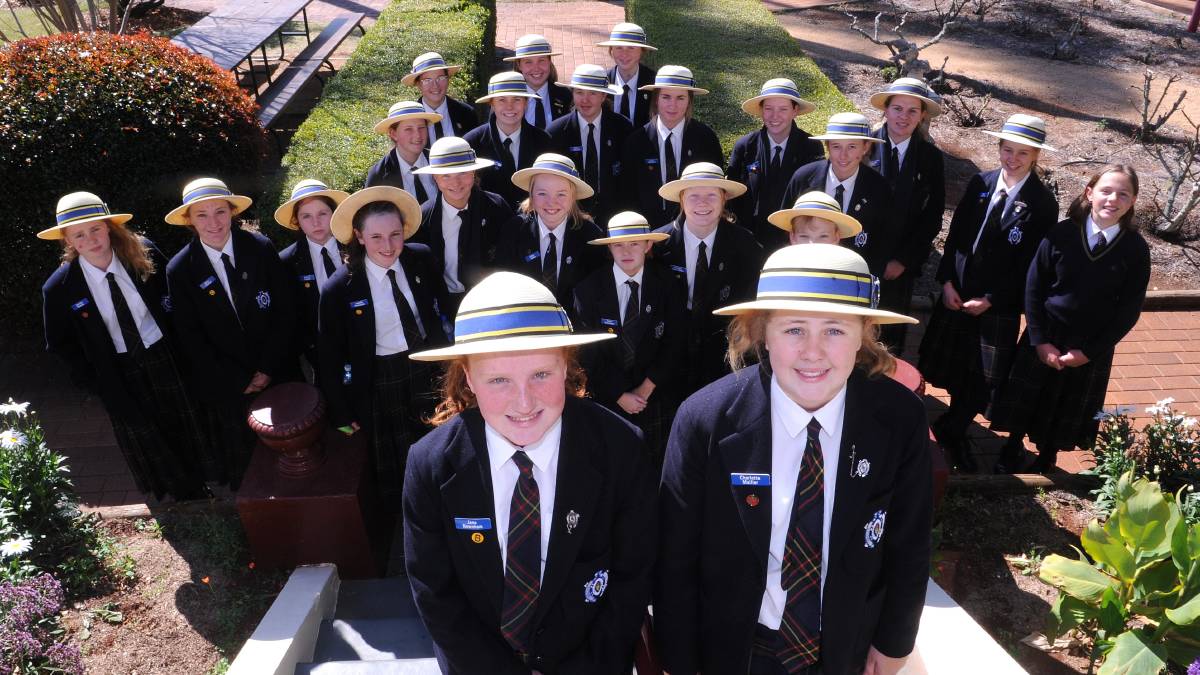 The Fairholme College students based outside the 'border bubble' in NSW that will be affected by the Queensland Chief Health Officer's decision on Thursday not to allow quarantine exemptions following the term three school holidays.

News that the Queensland government will not give any quarantine exemptions for rural NSW families wanting to bring their children home for holidays in three weeks time has devastated hundreds of families and their schools overnight.

"We don't treat prisoners this way."

News that the Queensland government will not give any quarantine exemptions for rural NSW families wanting to bring their children home for holidays in three weeks time has devastated hundreds of families and their schools overnight.

School principals had been lobbying the state government for "reasonableness" in relation to border exemptions for NSW families based on semi-isolated properties and in small rural towns outside the "border bubble".

It culminated in a meeting on Thursday afternoon between Queensland's Chief Health Officer Jeannette Young and representatives of Independent Schools Queensland, Catholic Education and the Isolated Children's Parents' Association.

According to ICPA Queensland president Tammie Irons, Dr Young refused the request for families in areas with no active cases or history of transmission to be able to bring their children home and then return after the holiday without quarantining on their return.

Speaking to ABC Radio, Ms Irons said the NSW government had not imposed any travel restrictions across their state, despite the increasing numbers of cases within the Sydney area and beyond.

"I guess they're looking at it as in those people in NSW could travel potentially into northern NSW, western NSW, and cause a new case," Ms Irons said.

If students do go home for holidays, on return they will have to quarantine in a single room, with a single-use bathroom and eat their meals alone, for 14 days.

If they choose to stay in Queensland, on the school campus or with supportive families, for the mid-semester break, they potentially won't see their home or family until the end of the school year.

Fairholme principal Linda Evans is among many struggling to comprehend the decision.

"The notion that this is OK for children aged between 12 and 17 is ludicrous," she said. "We don't treat prisoners that way. It's a mental health issue ready to explode."

She understood the campaign was around keeping Queenslanders safe but said the families concerned were some of the least likely in the country to contract COVID-19.

"The girls just want to get on a header or be in the sheep yards at home. They've been away from home for months."

"It's not possible to do that justice," she said.

Dr Evans said she would now speak with affected parents individually to discuss the options they would have to weigh up, which could include some students not returning.

"The idea that parents could quarantine with their children for the two weeks won't work for many.

"A parent can't leave the property for two weeks to isolate with their children - both mothers and fathers work on properties and are needed."

In addition, families that were already split for their children's welfare were struggling with mental health issues for the parent left at home alone, usually the father.

"We need a way of managing this that won't leave all involved with serious mental scars," Dr Evans said.

In one of the four letters she wrote to Queensland Premier Annastacia Palaszczuk on the issue she said she had no doubt that families would complete statutory declarations if required, COVID-19 testing as mandated, and any other processes that give evidence of the limitations of their movements within NSW, about their time spent in semi-isolation on their properties, or their restricted interactions in their home towns.

"People are anxious, fearful and, somewhat ironically, are feeling more isolated than ever before," she said.

ICPA Queensland has issued a statement saying members' hearts "were breaking for NSW families and the difficult situation they are now in".

"We ask our fellow Queensland families to open up their hearts and their homes wherever possible to help out during the holidays in any way they can," it said.

Federal ICPA has announced its solidarity and says it has raised the issue with the federal government.

"As we all grapple with the effects of the COVID-19 pandemic, there has never been a more critical time of need for cooperation across borders and sectors to ensure the safety and well being of all, especially our most vulnerable," their statement read.

"Our hearts go out to families who are presently separated from loved ones. We can only hope a sensible and practical solution can be found soon."