Longreach detectives are appealing to the public for information following the discovery of the theft of an ATM in the central Queensland town of Jericho over the weekend. 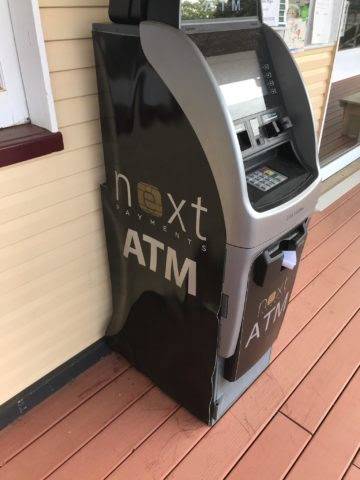 The ATM that was stolen at Jericho. Picture supplied.

Longreach detectives are appealing to the public for information following the discovery of the theft of an ATM in the central Queensland town of Jericho over the weekend.

According to police, the offenders used a power tool to remove the money dispenser from the verandah of the local post office, sometime between 10pm on Saturday and 10am on Sunday.

The machine was then dragged along the wooden surface, where it is believed to have been loaded onto the back of a vehicle.

A police spokeswoman said it would likely have involved more than one person.

"They don't make these things easy to remove," she said.

No attempt was made to enter the post office.

The machine contained an unknown quantity of money as it's not known how many people had used it since it was refilled.

The ATM is the only one in the small town on the Capricorn Highway.

Police are continuing their investigations and are urging anyone with dashcam vision or further information to contact them.