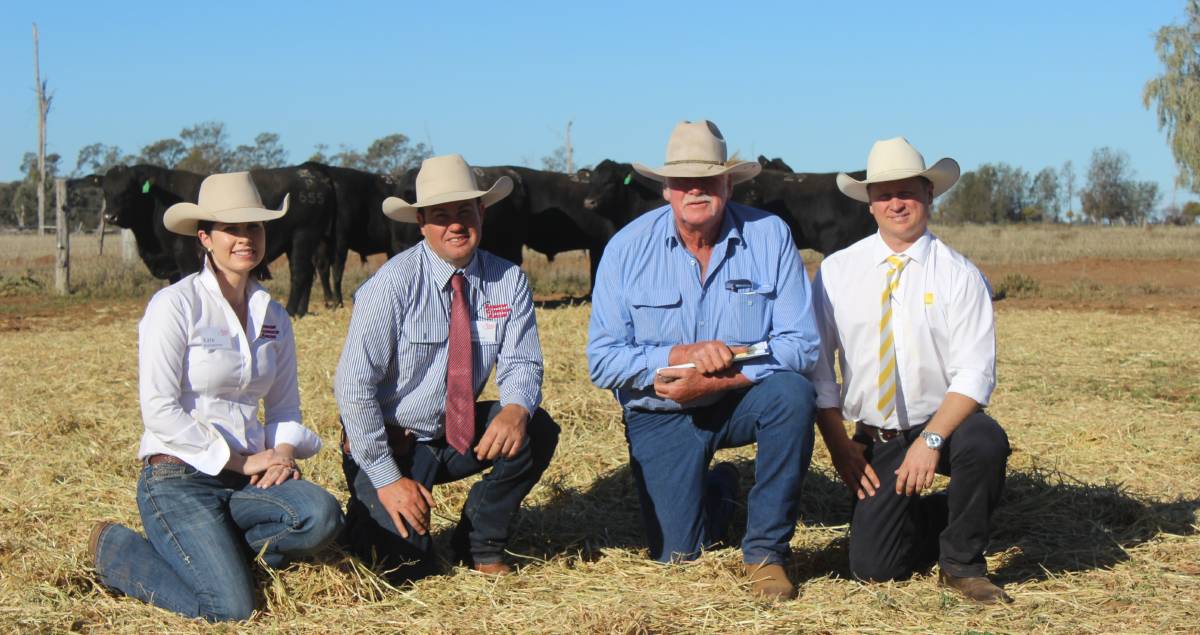 Overall 18 bulls made between $12,000 and above at the Sandon Glenoch Sale.

Commercial cattlemen put a solid floor in the Boshammer families Sandon Glenoch Angus and Brangus sale when 103 bulls sold to average $8539, near Chinchilla, on Wednesday.

The sale topped at $18,000 for the two-year-old Glenoch-JK Pannikin P643, a son of Basin Payweight 107S, and offered by Justin and Kate Boshammer, JK Cattle Company, Condamine.

Mr Kemp said he had been looking for a son of Basin Payweight 107S for some time and was delighted to secure him.

"I really wanted to try these genetics so I was prepared to pay the money," he said.

A total of 103 bull sold from the 108 bulls offered, representing 94 per cent clearance.

Stud principal Roger Boshammer said it was pleasing to see such a solid average and buying support from cattlemen from all parts of central and southern Queensland.

"There were many repeat clients and a number of new ones as well," he said.

Selling agents: Ray White Rural, Dalby, with guest auctioneer Wayne York who stood in for Michael Glasser of GTSM, who could not attend at the last minute due to the restrictions placed due to COVID in Victoria.

Queensland Country Life will have a detailed report in next weeks' issue.