Held at Picnic Point in Toowoomba, the Paddock to Palate awards evening was attended by a crowd of 150 competitors and sponsors involved in the prestigious Royal Queensland Show event.

Palgrove's winning pen of six Charolais/Angus-cross secured the Sturrock Trophy and were also named second in the pen of carcases class.

Second place went to Hamish and Mary McIntyre, McIntyre Agriculture, St George, for their Angus, which was also the winning pen of carcases. McIntyre Agriculture also scored both first and second in the eating quality class and won the highest individual index score. 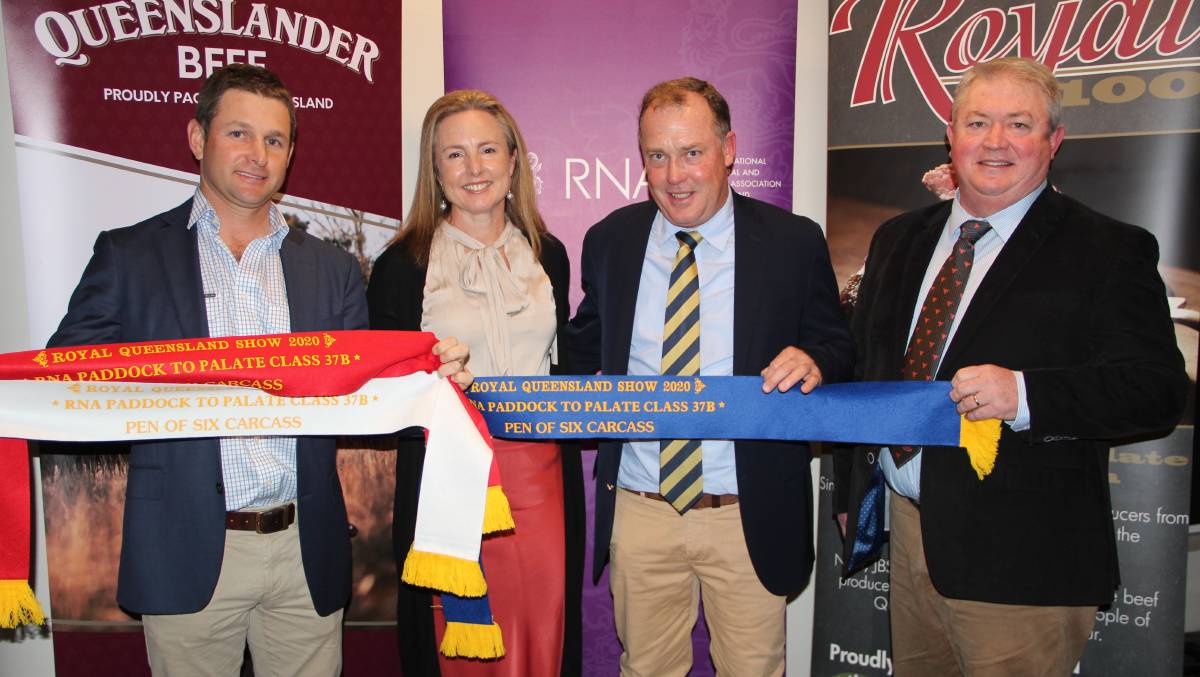 Palgrove capped off a tremendous night also winning the 100 day HGP free grainfed challenge and collecting the Arthur and Kath Bassingthwaighte Trophy, this time with a pen of purebred Charolais.

In second place was the Millner family, Rosedale Livestock Partnership, Blayney, NSW, with a pen of Charolais-cross.

Last year's inaugural winner, G Morgan and Co, came in third with a pen of Shorthorns. The Morgans also produced the winner of the eating quality class and the highest individual index score winner.

Minnamurra Pastoral Company, Willala, NSW, had the champion carcase with a Speckle Park/Angus-cross, while the Brown family, Jabinda, Tambo, produced the reserve champion with a Santa.

Second was a pen of Santa-cross from NSW DPI Wollongbar, which were also named the top carcases, including the reserve champion single carcase.

The Drynan family, Gallinani, Esk, came third with a Charbray entry. This pen of six was named the reserve champion pen of carcases and also produced the champion single carcase. 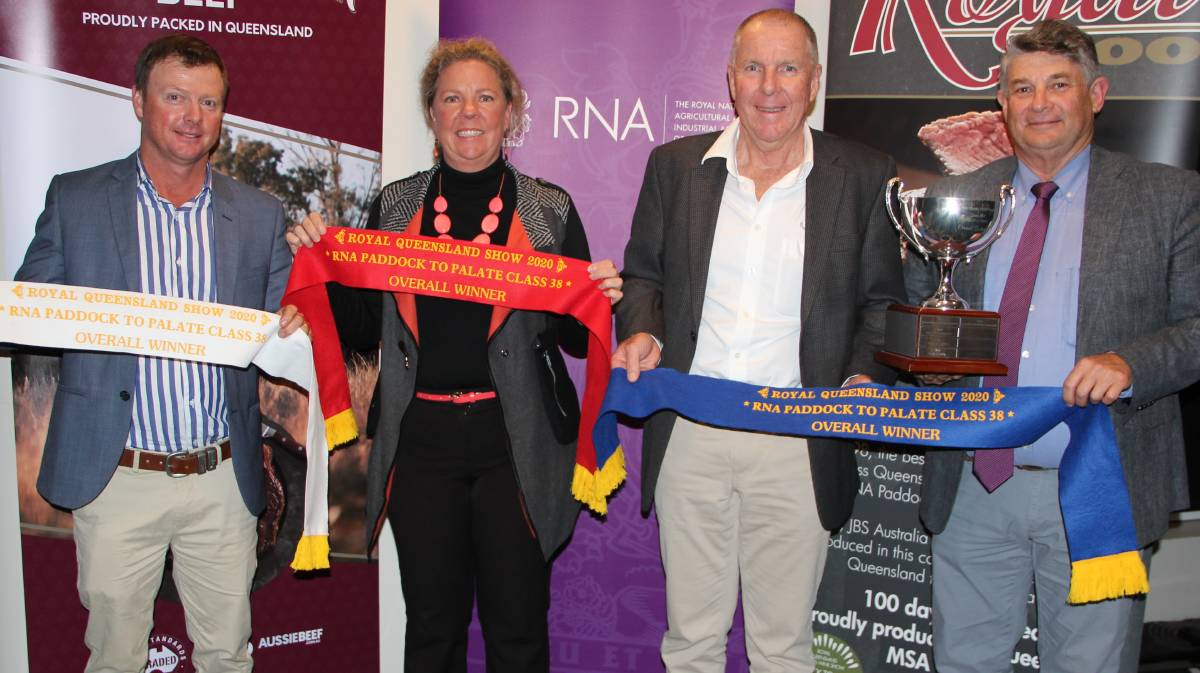 The eating quality award and the highest individual index score went to McIntyre Agriculture, which had Angus entries.

Cattle in the 100 and 70 day challenges were fed at JBS's Beef City Feedlot near Toowoomba. Beef from the 100 day event is used exclusively in JBS's Royal 100 brand, while beef from the 70 challenge is used in JBS's Queenlander brand.

Australian Agricultural Company took out top honours in the Wagyu Challenge and also produced the top valued pen of carcases.

In third place was Darren and Leonard Henschell, Moola. 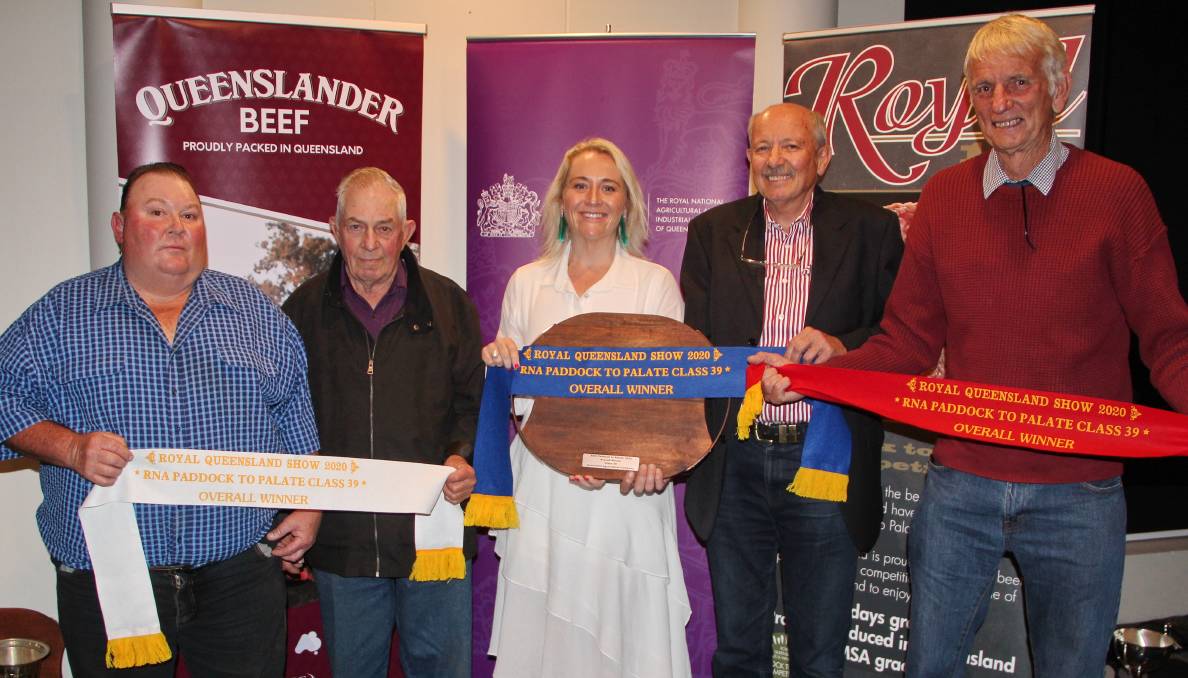 Paul and Clare Harris, Sunland Cattle Co, Rockhampton, were also in the ribbons, winning the highest individual index score at $6659.52 and taking out the taste off.

Cattle in the Wagyu Challenge were fed at Smithfield Cattle Company's Sapphire Feedlot at Yelarbon and processed at JBS Dinmore.