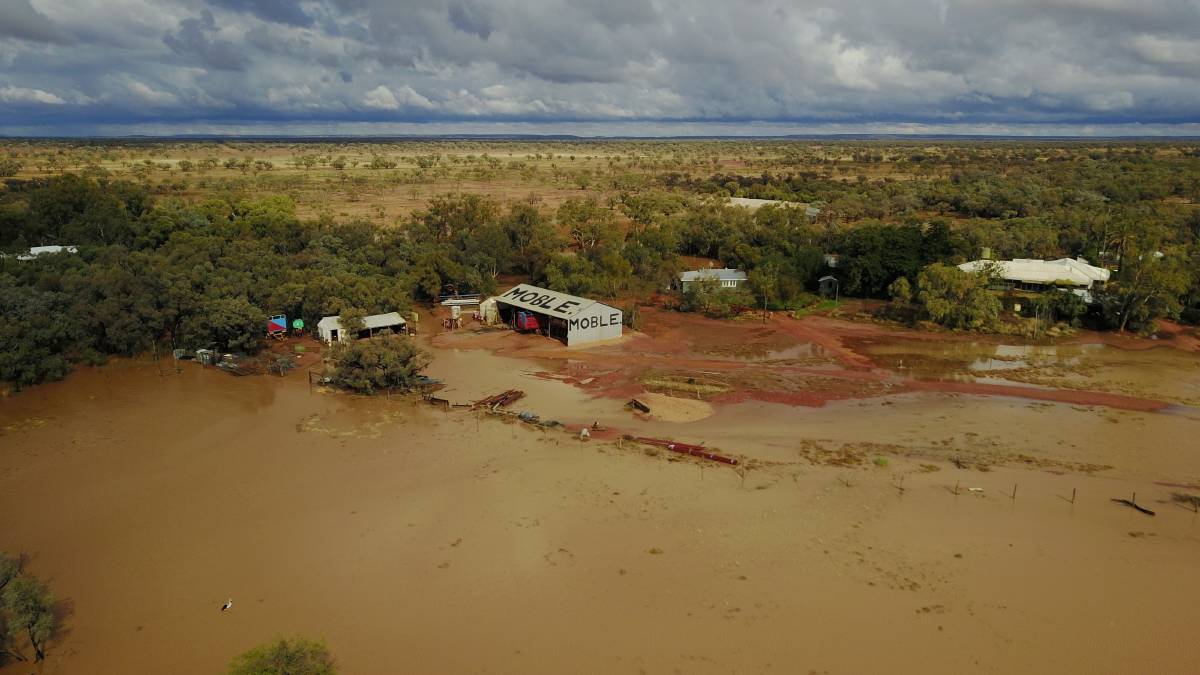 The ground around Moble homestead at Quilpie was a mud-puddler's delight on Friday morning. Picture - Brian Rutledge.

It's hard to wipe the smile off the faces of graziers in Queensland's far south west today after the latest low pressure system tracked across the region as predicted.

It's hard to wipe the smile off the faces of graziers in Queensland's far south west today after the latest low pressure system tracked across the region as predicted.

For sheep and cattle producers at Thargomindah measuring in excess of 50mm, the rain is especially welcome, coming on top of record rain a few weeks earlier.

Anne-Louise Peterson at Wathopa south of Thargomindah measured 63mm on top of 25mm in mid-July, which itself was on top of 178mm that fell in March from the ex-Cyclone Esther influence.

Ms Peterson said that had grown a huge amount of herbage but it had been too cold after the March rain, and too late in the season to grow grass.

"We're hoping this moisture now will stay in the ground and do some good when it warms up," she said. "It's just beautiful rain."

Ms Peterson's 90-year-old father, who has been on the property since he was 15, has only seen rain that compared with the March event in 1974.

The predicted rain started at Wathopa on Thursday afternoon with a light drizzle, only getting heavier in the early hours of Friday morning.

Thargomindah itself experienced house-shaking thunder in the throes of recording 40mm and residents were enjoying watery views on Friday morning.

Other Thargomindah falls listed on the Who Got the Rain Facebook page included 60mm at Yakara Station, and 54mm at Picarilli Downs. 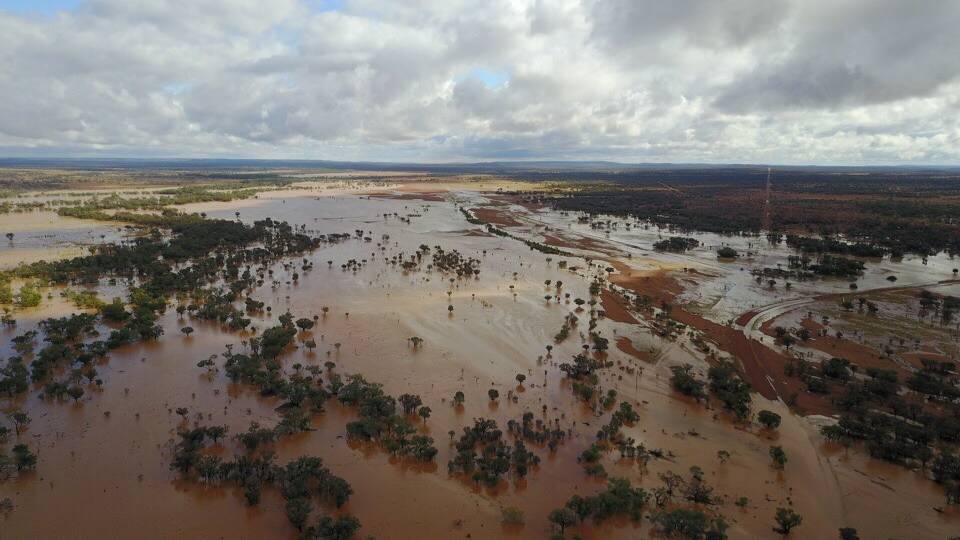 Another aerial view of the country at Moble Station after 54.7mm of rain overnight. Picture - Brian Rutledge.

David and Stacy Keane, Waverley Downs, Hungerford, reported a glorious 50mm of rain over the past 24 hours.

Ms Keane said this latest fall will make it easier for them going into the summer months.

"We had good rain back in March and recorded 173mm after being so dry for so long," she said.

"It was beautiful rain back then and this will now help save our grass.

"We still need moisture in the ground as the country is still very dry."

There was 45mm at Autumnvale, 47mm at Thargomindah Station, 50mm at Wongetta, 61mm at Moombidary, 56mm at Ballera, and 22mm at Nappa Merrie.

The influence dropped 54mm for Annie Rutledge at Wambin, west of Toompine while Quilpie properties Nerrigundah and Bunginderry measured 48mm and 54mm respectively. 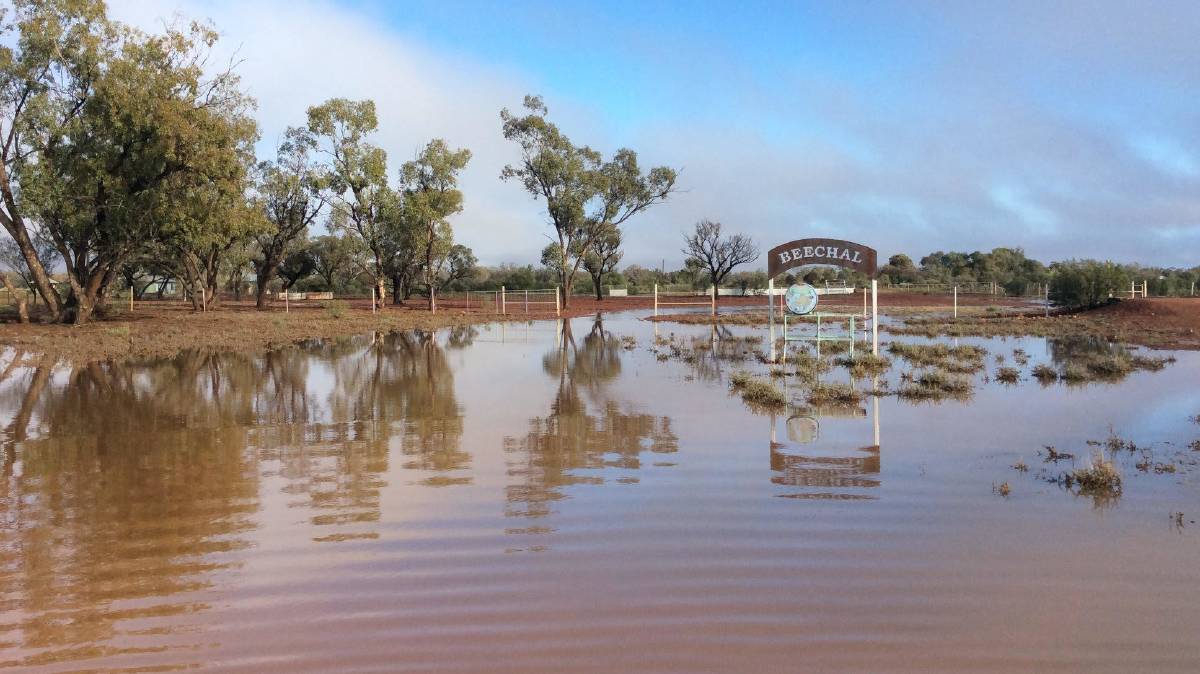 Ann Worsnop took this photo at Beechal near Toompine, after measuring 33mm.

Jane Mulligan at Tebin Station, south west of Quilpie, described her fall of 53mm as the best rain in years, and the Rutledge family at Moble Station was rejoicing in 54.7mm.

The creek at the homestead was 1.2m over the road to town but not expected to rise much more.

Brian Rutledge said they'd had 350mm for the year, bettering their long-term average by 50mm.

"We'd need that and more to make up for the dry times," he said, adding that they were running 35 per cent of their usual stocking numbers.

"We're due to start lambing tomorrow and we've got quite a lot of herbage that's half alive so this will really brighten it up for the lambs." 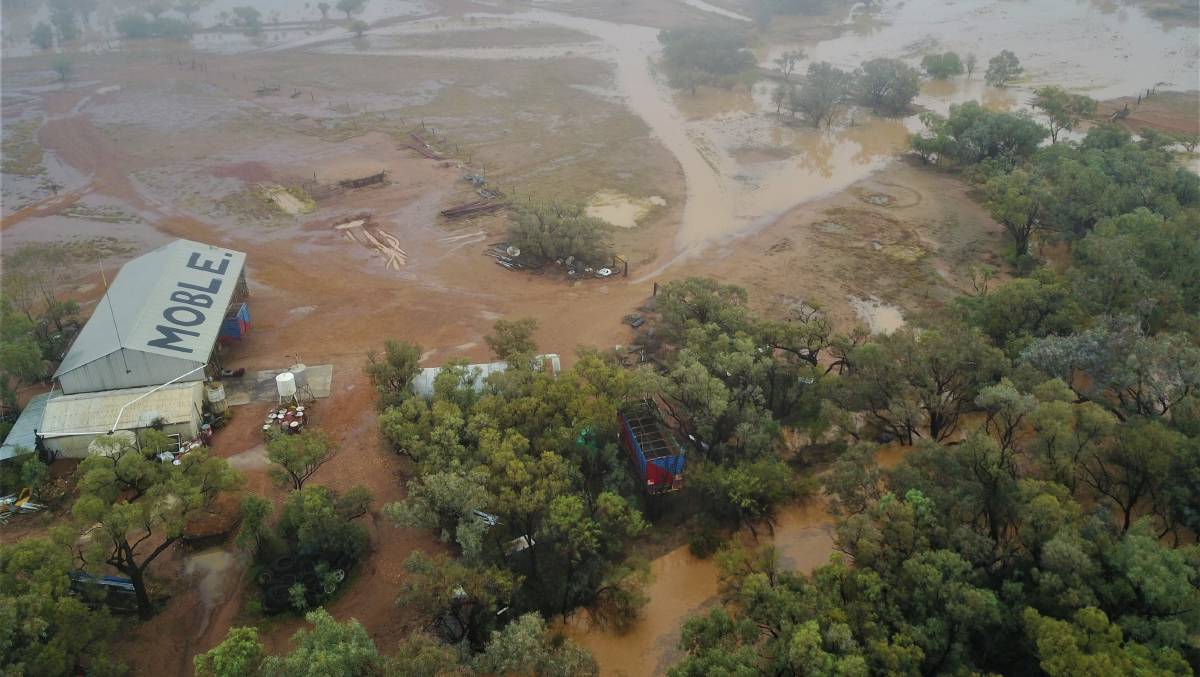 A light fog was blanketing the scene from the air at Moble Station, Quilpie early on Friday morning but the effect of the rain was still clear to see. Picture - Brian Rutledge.

The Sheehans at Trinidad, north west of Quilpie, had 38mm of steady rain overnight and nearby properties Budgerygar and Jedburgh had similar amounts, 38mm and 34mm.

Rain was lighter to the west - 23.2mm at Durrie Station, Birdsville, 18.8mm at Mt Leonard Station, Betoota, and 16.4mm at Tanbar Station, Windorah.

Falls further east around Charleville and Augathella were generally around the 25mm mark, and similar falls were recorded in the central west around Blackall and Longreach.