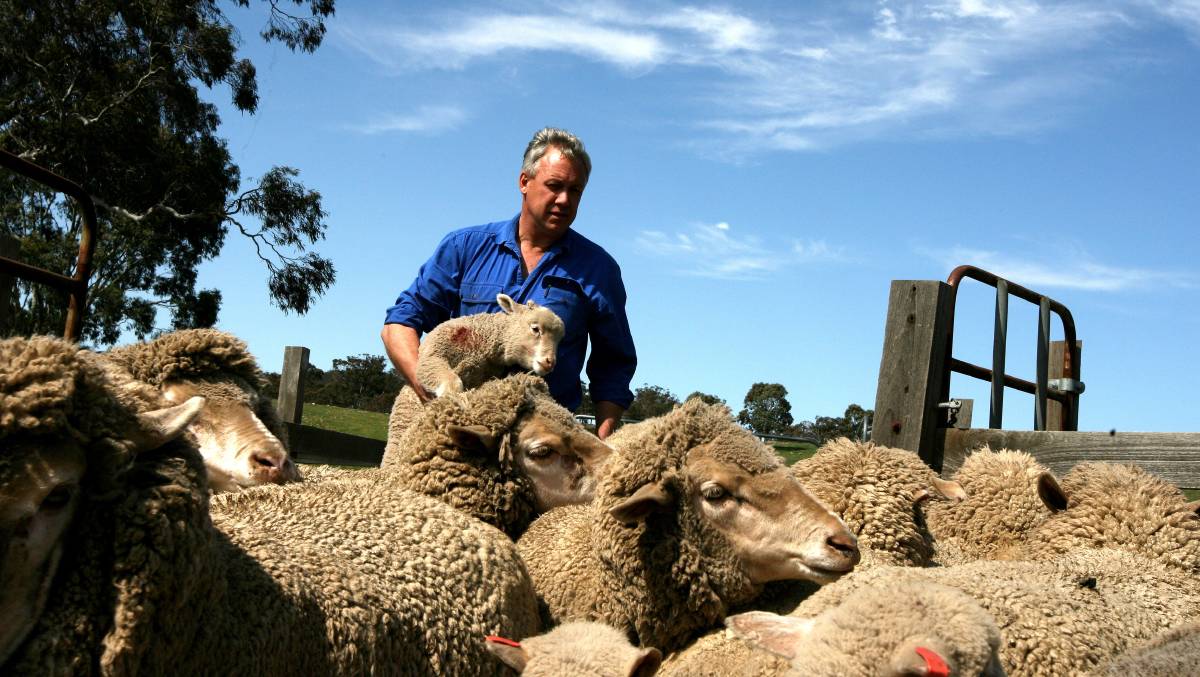 Australian Wool Growers Association director Chick Olsson believes a federal government representative should be elected to the AWI board.

A wool industry group is calling on the federal government to elect one of its own representatives to sit on the Australian Wool Innovation board.

A wool industry group is calling on the federal government to elect one of its own representatives to sit on the Australian Wool Innovation board.

Australian Wool Growers Association (AWGA) director Chick Olsson said in a letter being sent to the federal government in the next fortnight, they were outlining urgent changes that needed to be implemented at AWI to improve the wool body's transparency, and the biggest one was having a government representative sit on the board.

Mr Olsson, who himself served on the AWI board for three years a decade ago, said having a government representative more heavily involved in AWI's decision-making process would ensure they were held accountable and "kept on track".

He said one area at AWI that would benefit from having a more objective voice was its investment priorities.

"When AWI was set up, it was decided we would invest in areas where there was market failure, for example why would we invest in researching a sheep drench when there's already eight or nine companies out there doing that?" he said.

"Instead, we wanted to work in areas where something's not being done, for example research into better sheep genetics to avoid flystrike."

He said there was even debate about whether AWI should invest in marketing at all, given there were already "so many great companies doing it already".

"We had the idea to instead market the concept of wool because no one was doing that, so marketing the natural, biodegradable benefits of it," he said.

But two years ago when AWI launched its WoolQ platform, Mr Olsson was confused how that benefited wool growers beyond what was already out there.

"It's a wool marketing auction system, but from the beginning, everyone said that wasn't something we should be doing as there are plenty of brokers out there already doing a great job," he said.

He believed AWI was investing in too many projects and not enough were hitting the mark.

"AWI needs to be kept on a narrow set of parameters where investment is focused on a few things, not many things," he said.

When it came to governance, Mr Olsson did not understand why it had taken AWI so long to implement a recommendation that came from a 2018 review of its performance to put a 10-year cap on its board directors' tenure.

"I don't think a board member should spend more than five years there," he said.

"You need new, fresh talent to step up to ensure new ideas and to set the company up to be in good shape.

"Where are all the young directors? Where are the 35-year-olds and younger?"

And he didn't believe accepting this recommendation was as difficult as AWI was making it out to be.

"The board can implement it; it can be done so easily," he said.

"They confused it by saying it should be an AGM (Annual General Meeting) matter because it requires constitutional change, but if they just implemented it and there was a problem, shareholders could bring it up at an AGM and they can go to a vote."

READ MORE: AWI still yet to complete its EY recommendations

Mr Olsson said one issue that was of particular concern to AWGA was AWI's selective investment in agri-political bodies.

"If AWI was funding a big wool group's field day or a stud breeder AGM, and there are people involved in those that are sitting on AWI's Woolgrower Industry Consultative Committee, well it's not hard to work out that that's political funding," he said.

"Is that what a levy is for, or could that money be going towards things that help everybody?"

He also believed the way the industry was able to vote for AWI directors was flawed.

"It should be as simple of a process as WoolPoll, where that's a vote that goes around and everyone gets the one vote."

Mr Olsson believed having a government representative on the AWI board would iron out any of these conflicts of interest.

"No matter how good the directors have been or anyone's best efforts, AWI has a very difficult model to operate in," he said.

"I do think there are some wonderful people working for AWI but there's a real appetite for change among the industry."

He said the letter would be sent to the federal government in the next two weeks.

In response to these calls, an AWI spokesperson said AWI was owned by wool growers and the board was democratically elected by them.

"Any potential change to those arrangements would have to be agreed to by the federal government and AWI," the spokesperson said.

The story Growers call for a government representative to sit on AWI board first appeared on Farm Online.