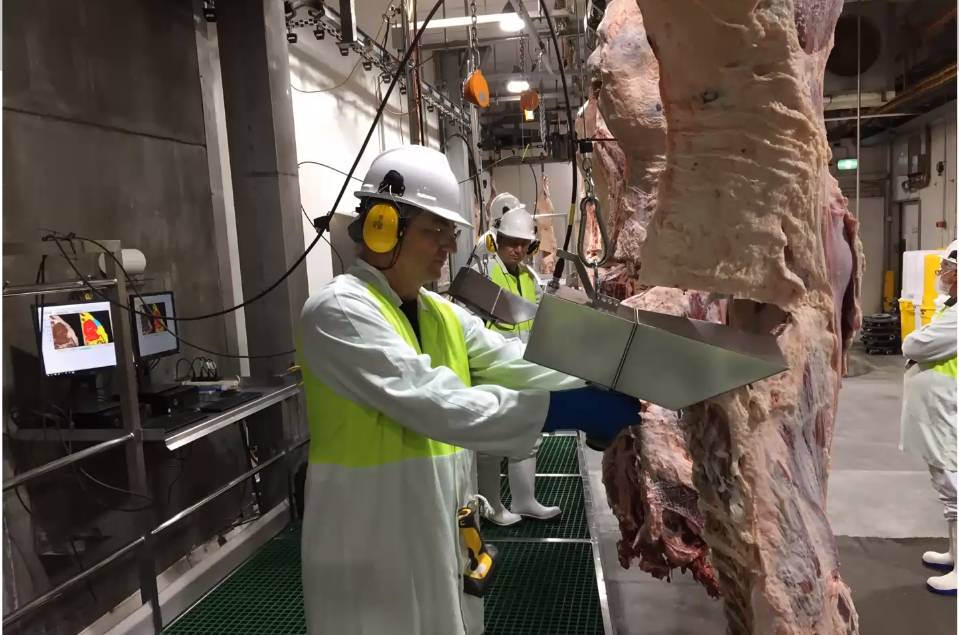 There are many promising options in the pipeline, but the journey towards commercial application of eating quality grading technology is not straightforward, Teys' Jasmine Green said.

The concept of value-based marketing - or paying for livestock based on the value of meat cuts that are measured objectively - is one Teys has been at the forefront of delivering in Australia.

The company's leaders have long being saying that being able to communicate to the people who grow the animals what the value is for Teys' customers is critical to the long-term prosperity of beef supply chains.

Ms Green said not all carcases are created equal.

"The capture of grading information against individual carcases allows us to sort those carcases into suitable processing runs of similar categories and eating quality under our brands," she said.

"This ensures that when sending a carton of beef to a customer, all the pieces in the box have the same eating quality and the customer gets a similar eating experience each time."

Ms Green said the other benefit of grading information was providing feedback to suppliers, allowing them to make more informed decisions in their operations.

She said these were things like "do my cattle have the correct amount of finish to meet the required market specifications?" or "do I have any dark cutters, and what might be causing that?"

Other traits in the MSA grading model, such as hump height, pH, fat distribution and ossification, will still need to be assessed by human graders. But the camera work done by Teys is being hailed a major advancement.

The VBG2000 grading camera was developed by the USDA and commercialised by E+V Technology in Germany.

"Some of the US plants using it are processing up to 5000 head per day, so the cameras are obviously robust," Ms Green said.

"But it's not just a matter of bringing over a camera and plugging it in here.

"What we had to do was develop a suitable process to effectively calibrate this technology on Aus-Meat and MSA assessments."

Teys undertook trials to collect data and train the algorithms. This involved grading more than 14,000 head and studying accuracy and repeatability.

Independent and company graders collected data, which was matched-up to camera data and then all sent to an independent statistician for analysis. All up, 50,000 different data points were collected.

Some trials were also designed around re-imaging to ensure the camera was providing the same outcome every time, and was the same between cameras.

Teys is now in the process of finalising the flow of the information from cameras back into its feedback system and will eventually roll it out at all its sites.

Look out for our special publication, Carcase Merit, in tomorrow's editions of The Land, Queensland Country Life and Stock and Land, where more stories like this one are featured.