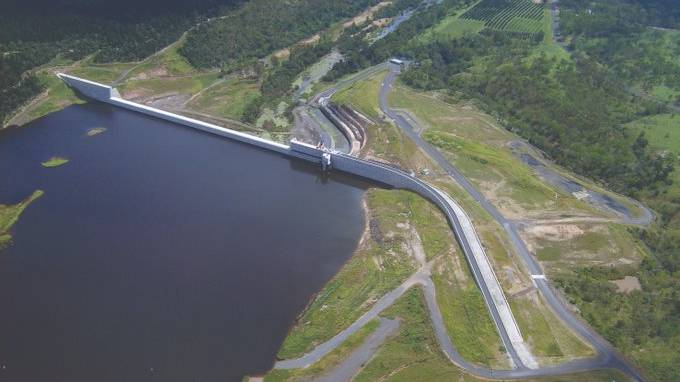 Bundaberg farmers are launching a class action against the Queensland Government over the failed Paradise Dam.

Bundaberg farmers are launching a class action against the Queensland Government over the failed Paradise Dam.

FRUSTRATED Bundaberg farmers are in the process of launching a class action against the Queensland Government over the failure of Paradise Dam.

Mr Marland said the application was currently being drafted, which would be filed with the Supreme Court in the next few weeks.

Mr Marland said farmers would allege the State Government was aware of the potential deficiencies with the dam as early as 2005 and after floods in 2011 and 2013, failed to take reasonable steps to repair those deficiencies.

"Despite knowledge of deficiencies to the dam and potential risks of failure, the State Government through a government owned corporation, SunWater, continued to market and sell water from the dam up to September 2019 when it was announced that 100,000ML would be released from the dam and its capacity reduced to 42pc," Mr Marland said.

"Sunwater undertook a public expression of interest process in September 2018 where it offered water for sale at a discount of up to 50pc of the market value of water being traded from the dam."

"We consider that the losses incurred will be much more significant than first estimates which did not include the reduction in property values associated with the reduction in water security in the Burnett system and also the loss of production from reduced allocations," Mr Marland said.

"Impacts are already being felt in the Bundaberg community with this year's water allocations being slashed to 70 per cent with the dam at 41pc.

"The whole region is still drought declared. Allocations could be zero per cent next year if we don't get good rain over summer."

Mr Marland said the pain endured by the Bundaberg community during the 2013 floods was used a way to scare people into thinking that the dam was unsafe, diverting attention from the government's own negligence and mismanagement.

LNP Natural Resources Shadow Minister Dale Last said it was a disgrace that $100 million was being spent to reduce the height of the spillway by 6m in the middle of a major drought.

"Wide Bay Burnett farmers have been treated with contempt and the economic security of the region has been put at risk by the Palaszczuk Government," Mr Last said.

"Tearing down dams in the middle of a drought shows there is no economic plan for the Wide Bay and doesn't care about our farmers."

Mr Last said the LNP would repair Paradise Dam, directing SunWater to work with international expert Dr Paul Rizzo on the design of the stabilisers. That recognised the work Dr Rizzo has carried out on Bagnell Dam in Missouri, which impounds Lake of the Ozarks, the largest man-made lake in the US, he said.