Only three per cent of the entire Great Barrier Reef has been negatively impacted by agriculture, according to scientists who gave evidence at a Senate inquiry into the state government's controversial reef regulations this week. 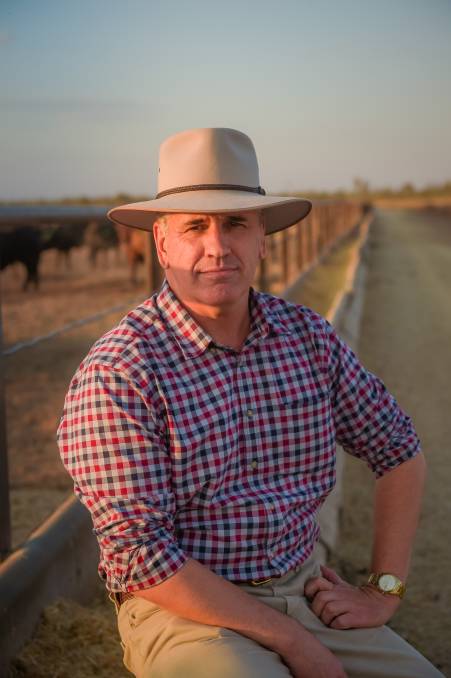 Burdekin MP Dale Last said the reef bill should be set aside until the Senate inquiry releases its findings.

ONLY three per cent of the entire Great Barrier Reef has been negatively impacted by agriculture, according to scientists who gave evidence at a Senate inquiry into the state government's controversial reef regulations this week.

The inquiry, which was held in Brisbane on Monday and Tuesday, was told that most of the impacted area was classed as 'inner reef'.

Burdekin MP and Northern Queensland spokesman Dale Last said the state government should immediately set aside the reef bill until the inquiry's federal Regional and Rural Affairs Committee returned their findings on October 1.

Mr Last said evidence from farming groups, environmentalists, reef scientists and the Queensland government was heard during the public hearings and it was clear the state government had got it wrong.

"Everyone wants to protect the reef, but this legislation was about trying to apportion blame wholly and solely at the feet of primary production and that's simply not going to achieve anything," Mr Last said.

"There is huge conjecture about the effect of agriculture on the reef and, even if you play devil's advocate, only 3 per cent of the reef is affected according to scientists who gave evidence.

"Many scientists would tell you that the 3 per cent figure is over-inflated but, either way, agriculture is carrying a huge burden based on a lie."

Mr Last said the exaggeration of the problem was joined by failed consultation and economic sleight of hand in a litany of errors identified by the Senate Inquiry.

"When this legislation was debated in the Queensland parliament, the LNP highlighted the sham that this consultation was but Labor said it was more than adequate," Mr Last said.

"Nearly every Labor member who spoke on the legislation referred to $6 billion of economic value and 60,000 jobs relying on the reef.

"There was no mention of the facts that agriculture makes twice that economic contribution and that nearly half of the jobs were not even in Queensland."

Mr Last said it was estimated the legislation would cost the average grower $38,000, with the impact on the Queensland economy $1.3 billion over the next decade.

LNP Senators described the evidence as 'damning for the state government.'

Townsville based Senator Susan McDonald, who initiated the inquiry, said the evidence painted a grim picture of the state government's consultation process.

"I was disappointed listening to farmers say how little effort the state government put into going on farm and helping them improve land management practices," Ms McDonald said.

"These regulations unfairly and incorrectly would have us all believe farmers aren't interested in protecting the environment.

"It's sad to see a state government cashing in on Queensland's farmers' $12.9 billion contribution to our economy, and demonstrating such low regard for the progress being made by farmers to improve water quality - or for the costs they have incurred in doing so."

Ms McDonald said study after study showed that runoff from farms has been reduced by industry, and that the actual amounts of runoff reaching the reef proper is minuscule.

"Numerous science witnesses said that agriculture mainly affected inner reefs, and it was noted that these inner reefs only make up about 3 per cent of the whole Great Barrier Reef."

Senator Gerard Rennick was amazed that the state government's regulations were set to cost farmers billions, at the precise moment when we need our economy growing to recover from the COVID pandemic.

Mr Rennick said what is obvious that natural weather events such as cyclones and flooding have a much greater impact on the reef than nutrient runoff.

"The agricultural industry has clearly been singled out despite many other industries also operating within the GBR basin. The state environment department has indicated these regulations will not stop the crown of thorns starfish or coral bleaching, which begs the question as to why they are being implemented other than to destroy farmer livelihoods," Mr Rennick asked.