Ribbon haul: Craig, Michael, Kayleen, Lorraine and Andrea Taylor, MK Cattle, Murgon, have claimed a swag of ribbons to be the most successful exhibitor in the Callide Dawson Carcase Competition.

MK Cattle, Murgon, have claimed a swag of ribbons to be the most successful exhibitor in the Callide Dawson Carcase Competition.

They were long ago tagged as 'carcase junkies' and the host of ribbons they took home from the Callide Dawson Beef Carcase Competition certainly cements that notion.

They are longtime competitors in the event, originally with commercial progeny from their bulls, and now with calves from their purebred Limousin herd.

Michael Taylor said it was a "brilliant" achievement.

"The competition is pretty fierce. For us to do it now with our own purebred herd, not just our bull genetics, that's the stepping stone to the ultimate I think," he said.

"And also to show purebred Limos can do the job; they're not just wholly and solely terminal sires, you can use them in a commercial operation." 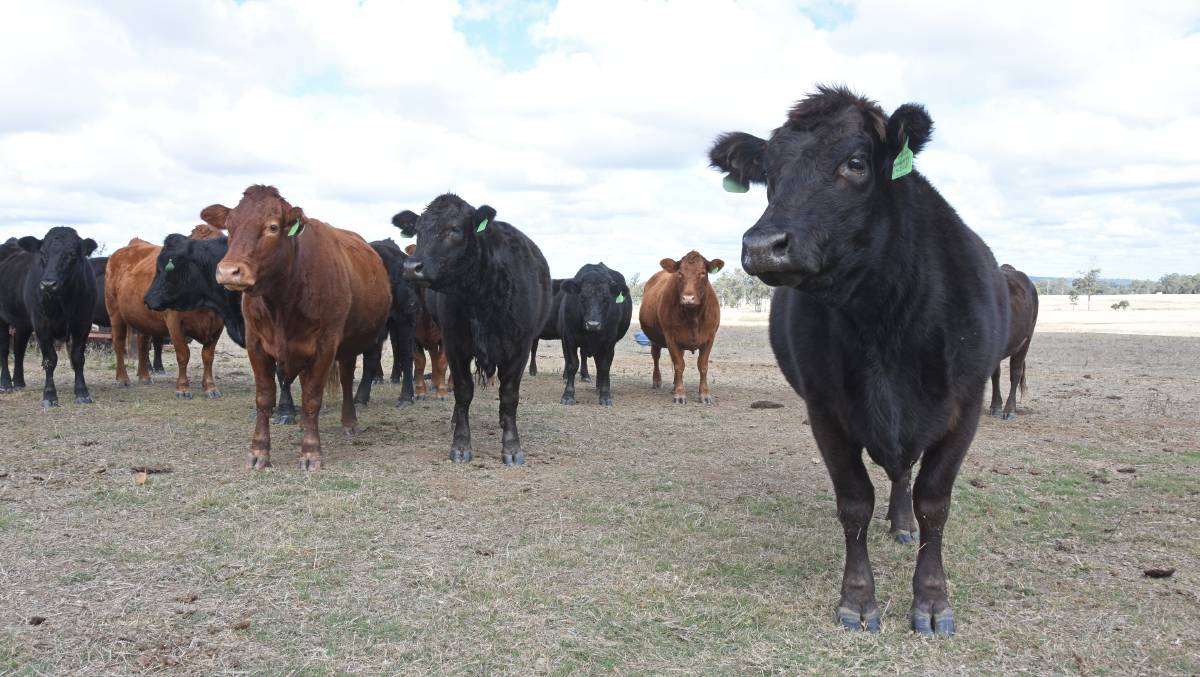 Michael Taylor says you can't afford to breed an article that is not suitable for the market.

The Taylors run black and red Limousins across scrub and forest country, and aim to breed an animal with softness and good temperament.

"In the early days, we weren't breeding we were just buying; we did have a few stud cows but we would buy a lot in," Mr Taylor said.

"We changed our program so we're running more of our own breeder herd and with the dry then we had to cull about 40 per cent of our herd.

"We were able only to keep the top of our 30 cows as a nucleus."

The family keeps their top bull calves for their client base, selling them as weaner bulls at about nine months old, with the remainder kept for carcase and led steer competitions and the Ekka.

Mr Taylor said the past two years had been difficult with the dry, but a creep-feeder system had kept their cows in average condition and produced a bigger calf that could be early weaned.

"We relied on our scrub country [this year] and that was mainly based on the kikuya, a bit of Rhodes grass and some blue grass, with natural siratro and phasey bean," he said.

"And that's what the grass-fed fellas were finished on."

Mr Taylor said being successful in carcase competitions shows that their breeding is on the right track.

"You've always got to have the right article all the time - you can't afford to breed an article that's not suitable for the market," he said.

Despite the pleasure of being the most successful exhibitor two years in a row, Mr Taylor said there's a ribbon missing from his collection - grand champion carcase.

"You can't ask for much better, but one more would be alright."

Sponsored by
The largest Art Museum in regional Queensland has reached the lockup stage.
Test
A secure hub could be established at Toowoomba's Wellcamp Airport to house international arrivals during their 14-day mandatory quarantine period.
Test
Reds players witness heifers selling for a new record price at the CQLX prime and store sale on Wednesday.
Test
Interstate investor looking for a lessee on Nimboy.
Test
A draft of 429 red and grey Brahman bulls and heifers is set to be the biggest and best ever offered in Northern Australia, when the Big Country Brahman Sale takes place at the Dalrymple Saleyards, Charters Towers on February 8 and 9.
Test
Toowoomba and Gladstone have been identified as potential quarantine hubs for overseas travellers as Premier Annastacia Palaszczuk forges ahead with her plan to spread the coronavirus risk away from Brisbane's CBD.
Test
There was a yarding of 1784 at Dalby on Wednesday.
Test
Public momentum is leaning towards decriminalisation of cannabis.
Test