Queensland's first dam to be built in a decade moved a step closer to reality on Friday, with the appointment of engineering consultancy Premise to oversee final permits and construction tenders.

The Granite Belt Irrigation Project will incorporate the 12,000 megalitre Emu Swamp Dam, as well as 117 kilometres of pipeline to deliver water to 51 agribusinesses.

"A vast amount of work has been done since GBIP planning began in 2007, and we're working as quickly and as diligently as possible to allow our board and governments to make a final decision on this desperately-needed water project," Mr Taylor said.

"The work to be completed by Premise puts serious horsepower behind the final steps needed to draw all this information together to obtain necessary government permits and approvals, and to prepare tenders for construction of the dam and pipeline.

"A decision to begin construction is expected in early 2021."

The project has the highest proportion of private investment in water infrastructure in Queensland's history, with Granite Belt irrigators contributing $23.4 million.

Funding has also come via the federal government, which has contributed $47m and a conditional commitment of $13.6m from the state government.

Opposition natural resources spokesman Dale Last said their support for the project would continue if elected on October 31.

"The LNP supports dams because we know that an investment in water means securing more jobs," Mr Last said.

Premise director Patrick Brady said the firm's Toowoomba regional office would deliver the project and draw on technical expertise from across the company. 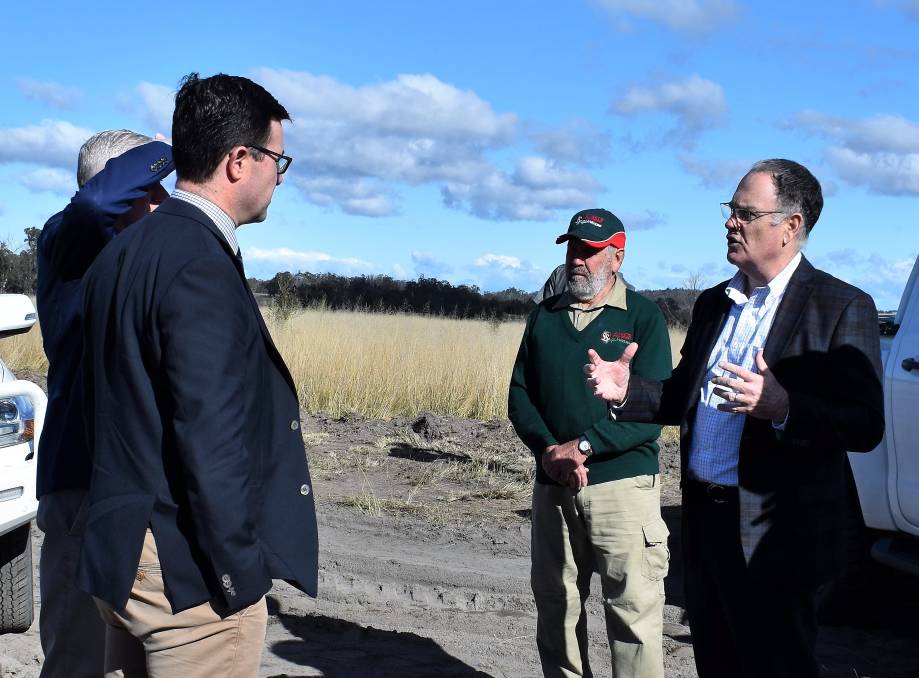 Mr McCormack said the project would increase water reliability by 40 per cent.

"It creates more jobs and it will create more confidence and more opportunity for towns such as Stanthorpe."

Mr Taylor said the visit demonstrated the federal government understood what was needed and wanted to help.

"The fact they have taken the time to come to Stanthorpe shows they understand the impact this project will have on the Granite Belt community and there is no doubt it will help to future-proof the region," he said.

Tenders to construct the dam and provide the pipeline infrastructure will be released in coming months.