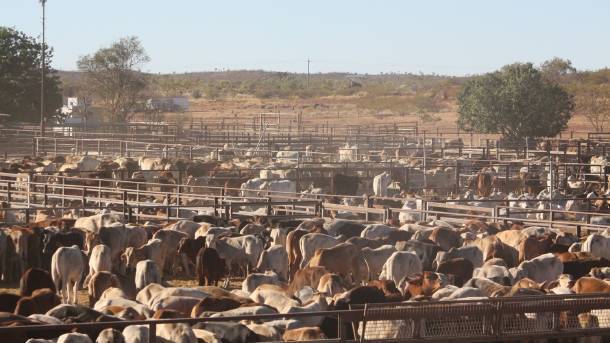 BUSY: Cloncurry Saleyards could see the return of a regular bull sale, if the establishment of a saleyard committee is successful. Photo: file.

Cloncurry Shire Council is considering forming a new saleyards committee that could potentially attract more bull sales to the region.

The Cloncurry Shire Council is considering forming a new saleyards committee that could potentially attract more bull sales to the region.

As the Cloncurry Saleyards is busy turning over cattle in the north west, the idea of forming a committee was raised by councillor Sam Daniels at an ordinary council meeting on June 16.

Mayor Greg Campbell said the push for a saleyards committee could be beneficial in the long term and generate a regular bull sale in the region.

"We promote ourselves as one of the best cattle breeding areas in the country, it just stands to reason that we should be having a bull sale here," Cr Campbell said.

"I had meetings with agents in Cloncurry and north west last term and most of them were keen to bring a bull sale back to Cloncurry.

"It would have to be beneficial to all the studs in the area, like the Curleys at Gipsy Plains and the Andersons at Eddington. Those fellas are making a good name for themselves and with their closest sale being Winton or Charters Towers, it would be great to have the recognition of a local sale.

"Elrose Station may not come back to Cloncurry saleyards, after they built their own selling complex on farm. It would be a big job and cost for him to bring bulls into Cloncurry - but still a possibility."

Cr Campbell said Cloncurry had the capacity to host commercial sales as well, but not in small pens like Longreach or Blackall.

"We have got the space to host commercial sales but they haven't been held here for years and years," he said.

"Also with the saleyard development instead of building little pens, that didn't get used, we built bigger pens.

"If the pens were selling two deck lots - a sale of that volume and lot size we could have here now.

"At the moment there is a lot of movement at the yards, cattle numbers are through the roof at the moment despite neighbouring shires being drought declared.

"Producers are taking advantage of the good sale prices, while cattle are still in reasonable condition."

Discussions around forming a saleyard committee are expected to continue.

READ MORE: Livestock trucks have been rolling into and out of Cloncurry almost non-stop and going in all directions.

The story Bull sales could return to Cloncurry saleyards first appeared on The North West Star.