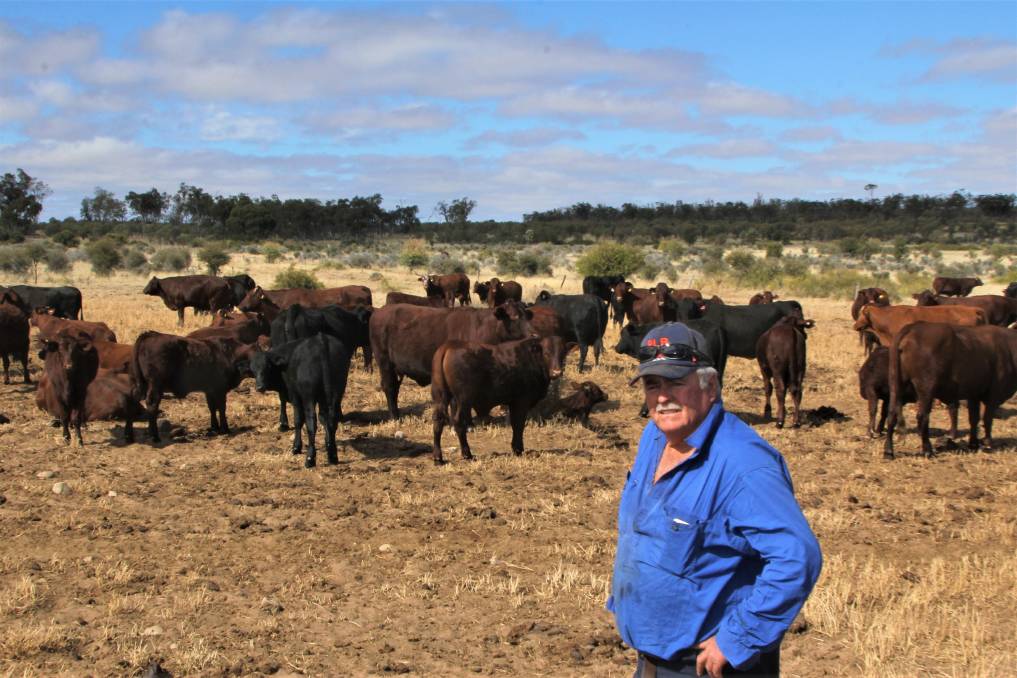 Picture of contentment: John Brown looks over his mix of Santa Gertrudis and Angus cows and calves on the mid-winter pasture at Tambo. Pictures: Sally Gall.

Over 40 years of experience as a cattle buyer has stood Tambo's John Brown in good stead as he's worked to consolidate both a solid breeding herd and a profitable trading enterprise.

Over 40 years of experience as a cattle buyer has stood Tambo's John Brown in good stead as he's worked to consolidate both a solid breeding herd and a profitable trading enterprise.

Mr Brown started as a cadet for TA Field in Brisbane in 1973 and has been appraising pens of cattle ever since.

His career took him to Gayndah and then to Blackall before moving to Ilfracombe where he ran sheep through some very dry years, before settling with his wife Marg at Jabinda, north of Tambo, in 1987.

He has been commission buying for Mort and Co over the years.

"It's been a wonderful benefit, to know what the job's doing every day of the week, and I'm very fortunate to have had Charlie Mort as my boss," he said.

The knowledge picked up from that association and many others over 30 or so years has resulted in maximum productivity from the 9700ha brigalow, wattle, lancewood and box country, pulled and sown to buffel.

While the wattle country is phosphorous deficient, requiring a lot of lick to be fed out, Mr Brown said the property had been kind to them.

Last summer brought between 100 and 175mm and no spoiling rain since and so they have a nice body of feed, but to reduce risk they split their operation 50:50 between breeding and trading.

"You can offload dry cattle," Mr Brown said. "We've had a fair few years where we've gone through heartache with cows, so we have backed off in numbers a bit."

Nowadays that's 600 to 700 cows and a fluctuating number of steers that can be grown into either feeder steers or bullocks. 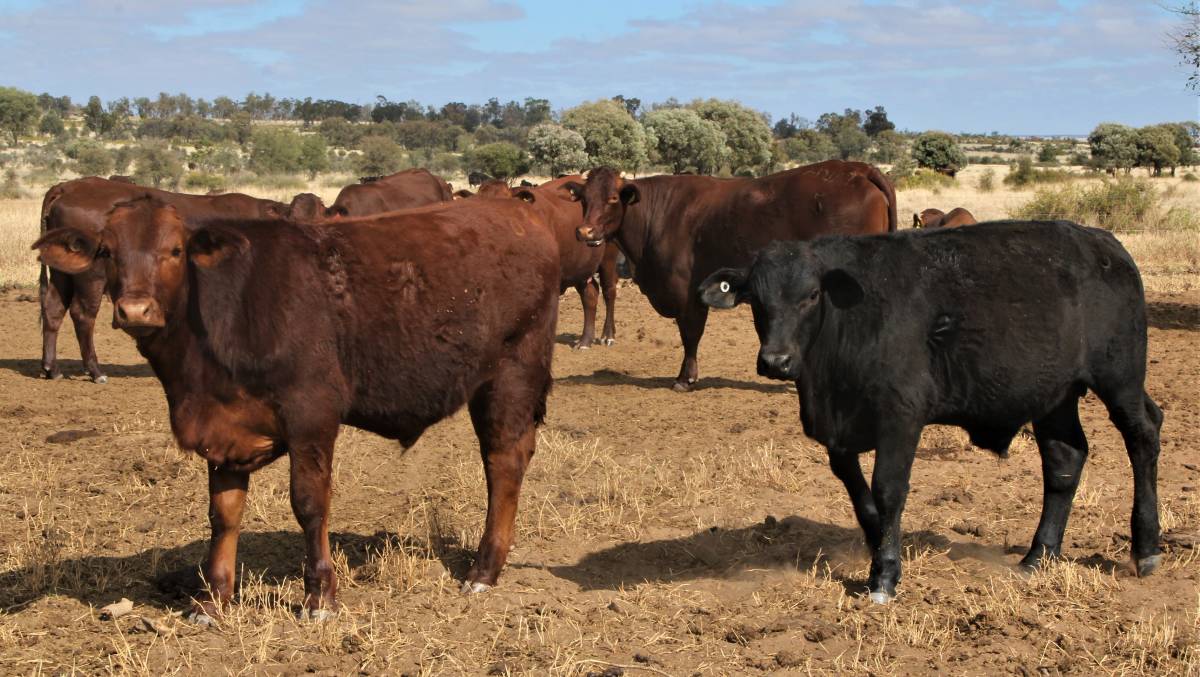 The Brown family has a predominantly Santa Gertrudis herd but are experimenting with Angus genetics as well, partly for its eating qualities.

Feeder-type cattle go to Grassdale for Mort and Co and the rest have been going to Ben Maher's Rodger's Creek feedlot west of Warwick, where a fair percentage of the output goes to Woolworths.

Starting with a Bos indicus herd, the Browns, which includes son John Jnr and partner Anna Counsell, have bred up with Santa Gertrudis cattle since the early 1990s.

"Weight for age, they're pretty good for this part of the world," John Snr said.

They also buy Angus bulls to put over first-calf heifers, noting the breed was highly regarded for its meat-eating qualities.

Despite only contesting the RNA Paddock to Palate competition for a couple of years, the cattle from Jabinda have excelled.

After placing third last year in the 100 day class, the Brown's pen of six grain-fed Santa Gertrudis-cross steers won the class 37 blue ribbon this year with an average daily weight gain of 2.856kg.

John Brown said he found it a valuable learning experience.

"It does give you really good insight into the value of a really good beast against the value of a beast that's dragging the chain," he said. "It's extraordinary the difference between the two, in values, when they're eating the same amount of grass."

He concentrates on fertility, constitution, temperament and then incorporates growth, structure and carcase attributes.