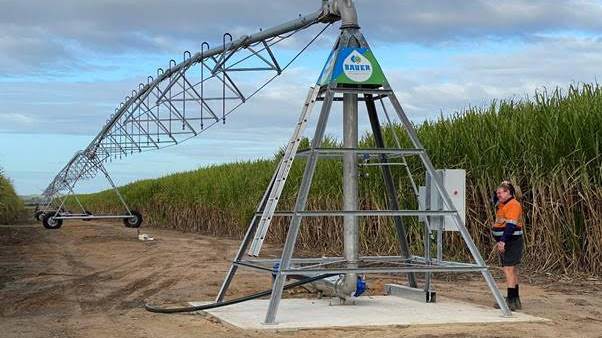 Bundaberg region farmers say they are concerned for the future after only 70pc allocations were announced from Paradise Dam.

BUNDABERG district farmers say they are concerned for the future of agriculture in the region, after SunWater only announced 70 per cent allocations from Paradise Dam.

The water level of the Burnett River storage has been lowered to 42 per cent while essential safety work is carried out on the dam, including lowering the dam wall by 5.8m.

Work began to lower the dam wall height last month, after concerns were raised about the stability of the structure and the safety of downstream communities in a major flood event.

Following the work the capacity of the 300,000 megalitre storage will be permanently reduced by 57 per cent.

Neighbouring Childers farmers John Russo and Steve Hoffmann, said the impact of permanently reducing the capacity of Paradise was already starting to be felt.

"Everyone has been worried what would happen to announced allocations once the dam level was lowered," said Mr Russo, who grows cane, peanuts and macadamias.

"Starting on 70pc allocation is certainly a challenge, but I'm more worried about next year.

"What will next year's allocation be if we don't have serious inflows into the dam?"

"We're all worried how we will keep those trees alive and get them through to maturity," he said

Steve Hoffmann, who grows cane, peanuts and opportunity forage crops, said the was concerned that less reliable allocation meant he would not be able to plant opportunity crops.

"It's a double whammy at the moment," Mr Hoffmann said. "We're just been through 18 months of dry conditions. In fact, we're currently drought declared in this region, and now the announced allocation is only 70pc.

"I've made large investments in water infrastructure over the last few years to improve water use efficiency on my farms," Mr Hoffmann said.

"Now I can't even be sure I will have water to put through it."

Mr Hoffmann said there was going to be some tough decisions made around the district this irrigation season.

"It's not a future we were expecting when we learnt Paradise Dam was going to be built.

"We thought a dam on the Burnett River would finally provide long term water security, but now everything is in doubt.

"We'd never see a dam in the south east corner of Queensland being lowered, so why is it happening here," he said.

"It almost feels like we're being penalised for being outside the south east corner" said Mr Russo said.

"Farmers just want to grow food for our state and our country, but we need reliable water in order to be able to do that.

"I'm very worried for the next generation, like my son, who are facing so much uncertainty about water security now."