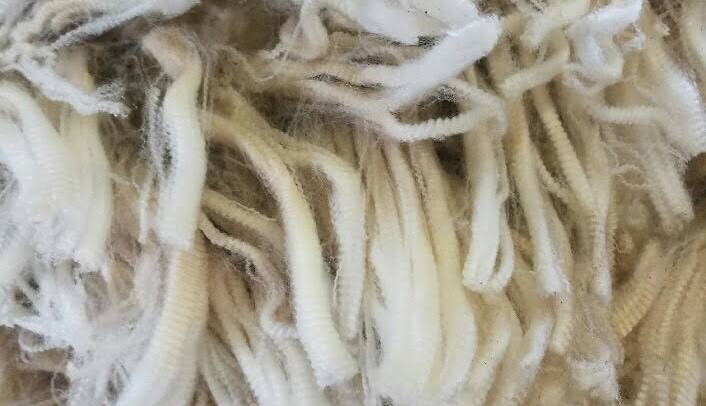 THE Australian wool market continued to strengthen in price with the very small supply no doubt contributing, along with small green shoots of demand recovery.

The US Dollar fell to an 11-week low against a basket of other currencies during the week, on optimism that the worst of the economic downturn stemming from the global spread of the corona virus is over according to a HSBC report.

Despite ongoing social unrest and pandemic woes in places like Brazil the balance is tipping more towards a continuation of the recovery and markets across the globe are righting themselves again after being figuratively smashed to the floor.

As the risk factors diminish, investors are less inclined to buy US dollars and head to other traditionally riskier purchases.

The AUD has been a beneficiary and some would suggest this will not be a short-term flurry. Millennials may need the assistance of google, but the old Skyhook's song 'Living in the 70's' may be where the Aussie dollar spends the rest of the year according to CBA's currency strategy team.

Whilst it might mean tempered prices for Australian wool growers in the short term as we saw last week, the longer-term benefits that come from a healthier world economy and therefore a stronger Australian dollar far outweigh the short-term pain in the auction room.

Price rises in local currency terms last week ranged from 5-10c in the superfine Merino segment, to 15 to 25c for medium merino fleece. Skirtings also added between 15 and 25 cents, with crossbred's and carding wools adding up to 40 cents in selected market segments.

In US dollar terms the market overall rose by 44c, or a significant 4.5 per cent more than it did in local currency terms. As the majority of greasy wool and resultant products are traded in this currency, it was a strong week for wool prices - from a very low base admittedly.

With only Sydney and Melbourne selling last week, a paltry 15,000 bales was the sum total of the Australian offering, which AWEX advise is the smallest weekly offering since their records began in 1995.

Mills overseas remain very cautious with new orders still sporadic and of smallish quantities. There is a better take up of old existing orders again throughout the pipeline, but not enough new orders are yet being placed to call this a full-blown recovery.

Cashflow is said to be an ongoing issue for the early stage processing fraternity and adding to the mood of caution. Short wool types, for open top, semi-worsted and the knitwear segment in general is recovering quicker than the traditional worsted industry and this is borne out in the auction activity.

Short wool types, for open top, semi-worsted and the knitwear segment in general is recovering quicker than the traditional worsted industry and this is borne out in the auction activity. - Bruce McLeish, Elders

The crossbred sector, despite a small price rise last week is still struggling to gain any momentum but scoured and carbonised carding wools are finding more friends as the Chinese domestic market slowly turns over again.

Retailers are concentrating on getting stores open again, trying to entice customers to come back in and spend, and are not really yet in a position to talk to their suppliers about new orders for the autumn/winter season.

It will take a concerted effort from the textile industry to make these purchasing managers lift their collective heads high enough to look forward so that the pipeline can function again. Current wool prices are attractive for the purchaser but they are simply too focussed on the immediate pressure of reopening their stores.

Restaurants and bars in France re-opened last week, and from Wednesday - after almost three months - Italian residents, and sales people can move freely across regions.

Foreign travelers can also come into the country with no self-quarantine requirements, although flights are few and far between. The Italian industrial association estimates a 31pc month-on-month rise in production in May, even if manufacturing output remains some 25pc down year-on-year.

So, with industry getting back to its feet the textile pipeline can draw product through when and if the demand signals from retail resume. They surely will at some point, but it is a matter of when, and if it will be soon enough to salvage the current season or if it simply written off as one heck of an annus horriblis.

The pipeline from greasy wool to retail is considerably shorter, or at least it can be in China compared to the European route. In previous years sudden demand from China for a particular 'hot item' that was in fashion and 'on trend' emerged in June/July for products being sold in September of the same year.

There was obviously greasy wool already in the pipeline, but more was needed and the auction market in Australia boomed on the back of this single product demand. That was when things were skipping along nicely in China, and the retailers were able to create a surge of activity.

It is going to be nigh on impossible for that sort of euphoria to be generated in 2020-21 given the fragility of consumer confidence in China at present. The government stimulus package has been expansive even if to date, not as large as the post-GFC exercise. It is not helicopter money, so it will take time to flow through to people's pockets and restore confidence.

Even though the entire population of Wuhan has now been tested and they discovered no new cases and only 300 asymptomatic ones among the 11 million people, a lot more positive news will need to reach the ground before consumer activity returns to what it was.

So, the wool market despite a good solid week even in the face of a stronger Aussie dollar, is going to be tested by many external factors in the lead up to the recess.

A long slow climb out of the trough over the next few months is looking more likely than any quick recovery back to pre-COVID levels but at least the direction now looks to be up rather than down.