Some of the pigs in the Windorah region taken during a DCQ aerial survey. Picture supplied.

Desert Channels Queensland has hit the 'go' button on feral pig control on the upper Diamantina, and is hoping funding will soon come through that will allow them to cull a population that's building unchecked in the southern part of the Channel Country.

Desert Channels Queensland has hit the 'go' button on feral pig control on the upper Diamantina, and is hoping funding will soon come through that will allow them to cull a population that's building unchecked in the southern part of the Channel Country.

Thanks to disaster recovery funding available to mitigate the effects of the February 2019 monsoon, a week-long shoot in the Winton region killed 675 pigs recently.

DCQ operations manager Simon Wiggins said it was a rarity for them to do feral pig control in that part of the system but indications from landholders in the north were that numbers had been breeding up well after the flooding in January.

"Pig, kangaroo and wild dog numbers all dropped off after the February 2019 flooding but there was a lot of feed in the channels after that event and again this year, and very few predators for piglets," Mr Wiggins said.

"The population is lagging behind southern areas but it's rebounding and is very dynamic at the moment.

"Cameras are showing they're breeding up well and that there are a lot of little ones."

Mr Wiggins said they normally saved that sort of control for the end of the dry season but felt they needed to act now, concurrently with wild dog baiting being undertaken by western Queensland shires.

Twenty-one new monitoring cameras have been installed in a line at the top of the Lake Eyre Basin catchment from Torrens Creek to Boulia, as a result of the threat of African Swine Fever incursions, but Mr Wiggins said they were too new to capture population trends yet.

They complement 38 existing cameras in the southern Channel Country, which had showed very little activity over the drought years since the last big control program four years ago.

While numbers on the Cooper are lagging behind, that has changed significantly on the Diamantina.

Until now, graziers had been supported with the supply of ammunition to control numbers but Mr Wiggins said they were seeking coordinated control funding of $300,000 from round four of the Queensland Feral Pest Initiative.

"It was last done four years ago and the pigs haven't been a huge problem until now because it's been so dry," he said.

"Logically we use local helicopter pilots and shooters and set target lines where experience tells us the pigs are going to be.

"It was routine to shoot 1000 pigs a day on waterholes at the end of the dry season. 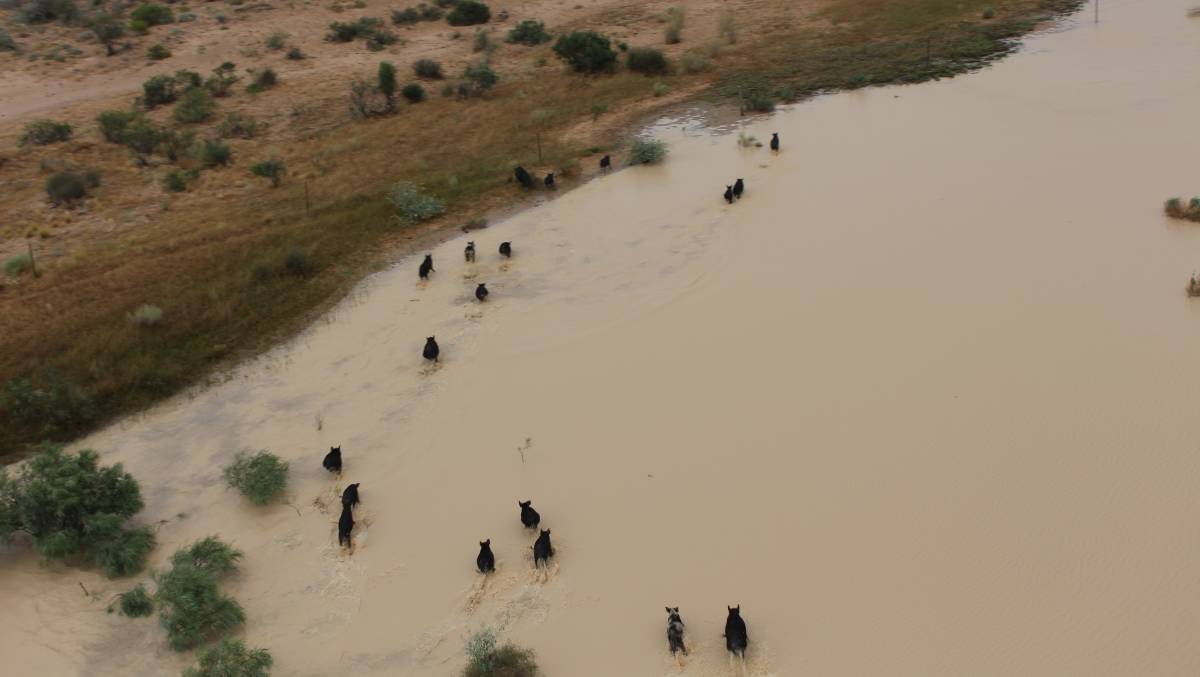 Pigs on the Cooper Creek around Windorah. Picture supplied.

DCQ is also seeking a PhD student that would be interested in working with DNA samples taken from previous culls in order to determine the movement of pigs across the outback landscape.

Mr Wiggins said they had a theory that they were breeding in the south and moving north, and therefore if they were able to suppress the population in the southern channels, it would contain pig numbers in the north, where disease incursions were most likely to begin.

"It's a common trend that graziers observe but it needs to be proven," he said.

"We need a PhD student to work with the 200 samples we've collected.

"There's lots of science that needs to be done in the west."