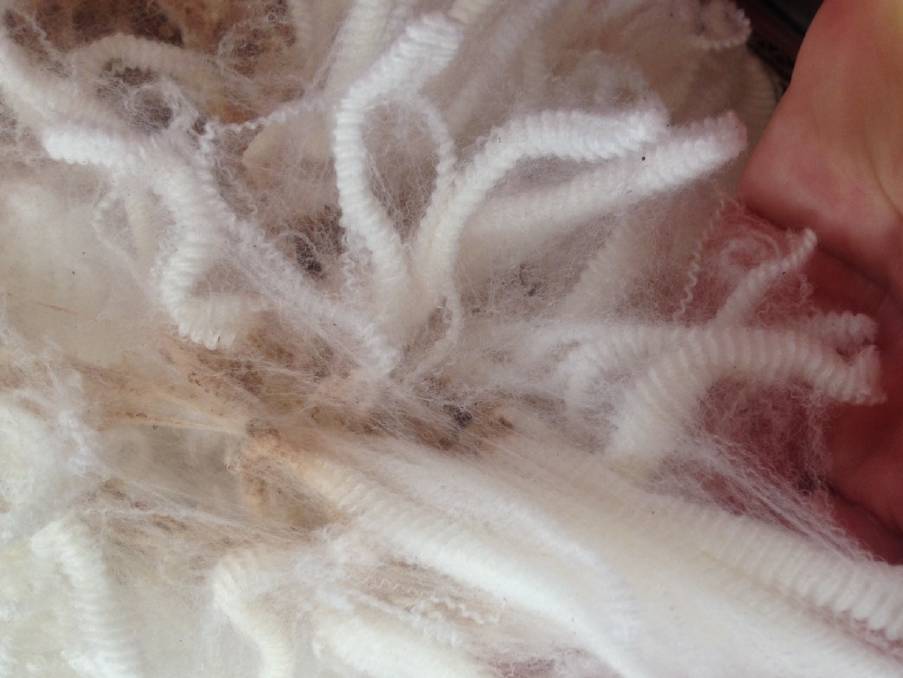 The Australian wool market is still on its feet after if took one step forward, but two steps back.

OVERALL, we saw a positive result for the Australian wool market last week with a nice green tinge to the AWEX market report.

Superfine Merino fleece, including the few bales of ultrafine Merino on offer with decent specs increased in price by better than 25c for the week, as did the medium Merino fleece category.

Slightly better yields are becoming more prevalent on the showfloor and getting some buyers very excited, although high mid-break and low tensile strength is still providing a challenge for topmakers.

Skirting types followed suit as knitwear orders ticked up a notch. Carding wools maintained their positive momentum for the previous couple of weeks, and although they are still typically out of season they have obviously reached a point where they are simply cheap enough that they can no longer be ignored.

Crossbred wools were dragged along with the general market despite no discernible change in their demand portfolio.

A weaker US dollar shaved off some of the price benefits in local currency terms, but the market was still strong enough for every segment to finish the week in positive territory.

Not a huge amount of follow-on business has been floating around, but probably enough to keep things ticking along so that next week should still see solid prices for most types.

Buyers and processors are eagerly looking forward to the new season wool, which will undoubtedly have better yields, although as usual increased vegetable matter in the back half of next season.

Buyers and processors are eagerly looking forward to the new season wool, which will undoubtedly have better yields, although as usual increased vegetable matter in the back half of next season. - Bruce McLeish, Elders

When, and how much, of the held wool comes onto the market is also a topic of discussion among the trade. Everybody is aware of the rough numbers of wool being held, but the composition of it in terms of fleece, pieces and cardings, Merino or crossbred is just a guess.

What is totally unknown is when this wool will be put onto the market. For some sellers' price will be the trigger, whilst there is also a portion awaiting the new tax year, but there is no set formula overall. It does create a lingering concern however that too much, too soon, could disrupt the delicate supply, demand balance.

With a meagre 17,000 bales rostered for this week supply is certainly not dampening prices at present. The positive signs emerging from different corners of the globe as society emerges from under the lockdown blanket are just enough for some to think that we are turning the corner, and market prices may trend upwards again for many commodities, not just wool.

The Chinese consumer mindset is still a long way from the level of enthusiasm they had this time last year. While China emerged first from the lockdown, the second-round effect of the drop off in export volumes as others went into lockdown raised serious doubts over their financial and employment security.

Getting these consumers back up to full shopping confidence is proving to be a challenge. Wellness is probably one of the most often used terms, certainly in the developed world anyway, where we have the luxury of being worried about such things as opposed to food and basic survival.

Merino wool's price recovery may well be linked to the pursuit of wellness and it can certainly be a positive connection as people emerge from "iso" and get moving again.

Practically every manufacturer of traditional worsted suit fabric has been doing it tough for the past few years, and incredibly tough in the past five months. With shops closed nobody has been buying new suits, and it tends not to be an item easily purchased online, and as nobody was going to the office demand collapsed.

Purchasing other garments online is more practical, but to purchase an expensive item that can look fantastic, or terrible depending on how it matches your body shape is best done with expert advice in person, in store. So, unfortunately this relatively large sector of the wool market has screeched to a halt.

What was initially started with the casualisation effect with causal Fridays, has become much more serious with the new work from home scenario. But there are umpteen different garment sectors increasing their activity whilst the more traditional sectors suffer.

Merino wool has already established a strong presence in the outdoor and sporting wear sector and people are celebrating the end of lockdown by getting out and about and exercising. The new normal will see much more importance of this sector as a percentage of wool consumption.

So, as the recovery gathers pace aided by government stimulus programs such as the proposed European Commission's $750 billion fund, of which $500b will be grants rather than loans, economies will get back on their feet, consumers will begin to earn their own money again, and spend it.

Nothing will be the same as it was before COVID-19, but those industries which adapt quickly to the new normal, will the first to prosper.

Wool can be one of these if enough companies get on board to produce garments that can be sold online, as well as in traditional 'bricks and mortar' locations, and offer garments that enhance a consumer's wellness as well as tapping into the environmental benefits at the same time.

Providing more bang for buck is going to be very important and a merino wool garment which not only performs very well in hot or cold environments, but also is good for the planet should be a much easier proposition to sell than a piece of plastic that is uncomfortable, damages the environment and is only positive because it is cheap.

As the global society reopens, governments roll-out further stimulus packages, people in the North get out and enjoy summer, businesses restart production things including the wool market will pick up but it will be a cautious time with everyone remaining a bit jittery.