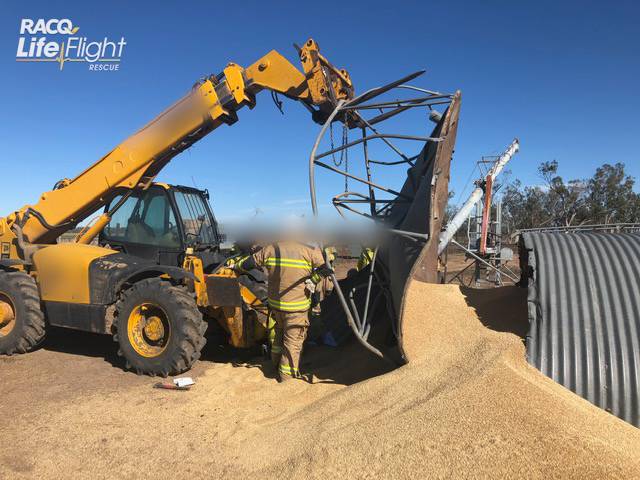 A Toobeah farmer has been critically injured after he was crushed by a collapsed grain silo on Tuesday morning.

A Toobeah farmer has been critically injured after he was crushed by a collapsed grain silo on Tuesday morning.

It is believed the man, aged in his forties, had been working near the structure, when it unexpectedly collapsed and trapped him. A workmate was able to phone for help.

Queensland Ambulance Service paramedics and Queensland Fire and Emergency Service were at the scene when the RACQ LifeFlight Rescue aeromedical team arrived.

Due to the location of the accident, a QAS vehicle transported the man from where he had been injured, to the rescue chopper.

The man was flown to the Princess Alexandra Hospital in a critical condition.