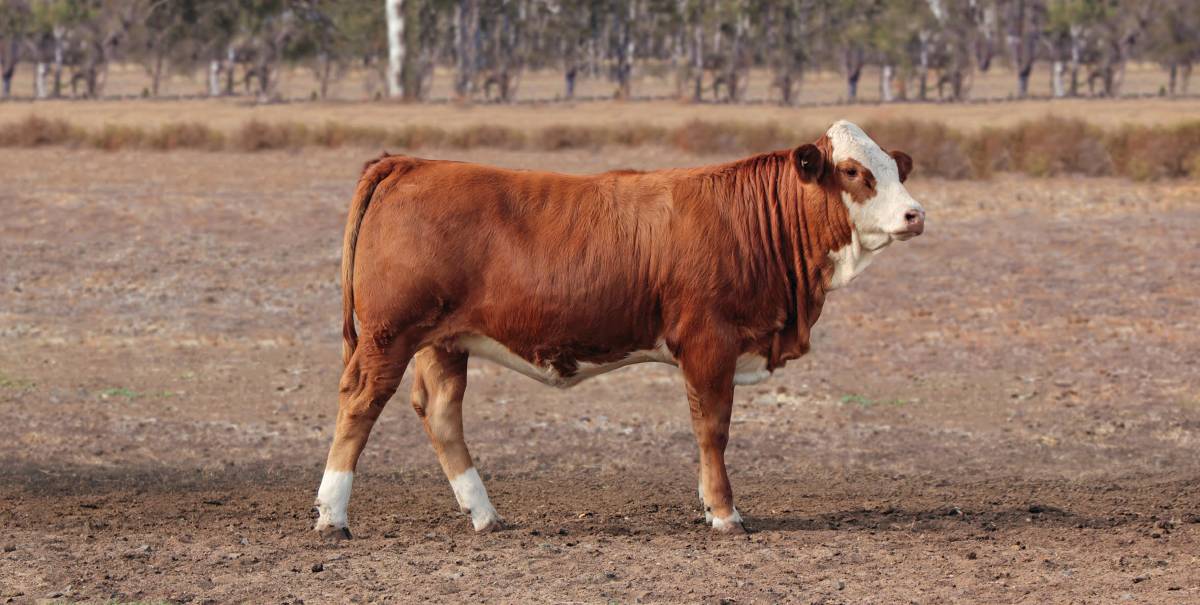 Meldon Park Q66 offered by Rod and Lis Skene sold for the top price of $6020 to Iain and Dominique Adams, Darracourt, Blackall.

The sale topped at $6020 for the 12-month-old red heifer Meldon Park Q66 (P), sired by Woonallee Lampoon from a Meldon Park daughter by Lucrana General.

Meldon Park Q66 (P) was one of two heifers selected by Iain and Dominique.Adams, Darracourt, Blackall. They also paid $4350 for Meldon Park Q60, also by the same sire.

We have our females travelling from as far north as Clermont, west to Blackall and south to Armidale, NSW. - - Elisabeth Skene

A repeat buyer of the Skene family's genetics for the past five years, Mr Adams said both the heifers appealed when he watched a video on the Meldon Park website.

"I will use both heifers in an artificial insemination program that I am undertaking," Mr Adams said.

"We have a predominately Santa Gertrudis herd and crossbreed with Simmental bulls with pleasing results."

Scott and Natalie Finger, Hillview, Clermont, were the volume buyers, finishing with four heifers to average $4125.

The couple paid the second-top price of $5750 for Meldon Park Q14, a daughter of Meldon Park Hugo. The Fingers run a high-grade Brahman and Droughtmaster herd, and cross Simmentals over the Brahman breeders.

Mrs Skene said they were happy with the sale result, selling 13 heifers from the 15 offered.