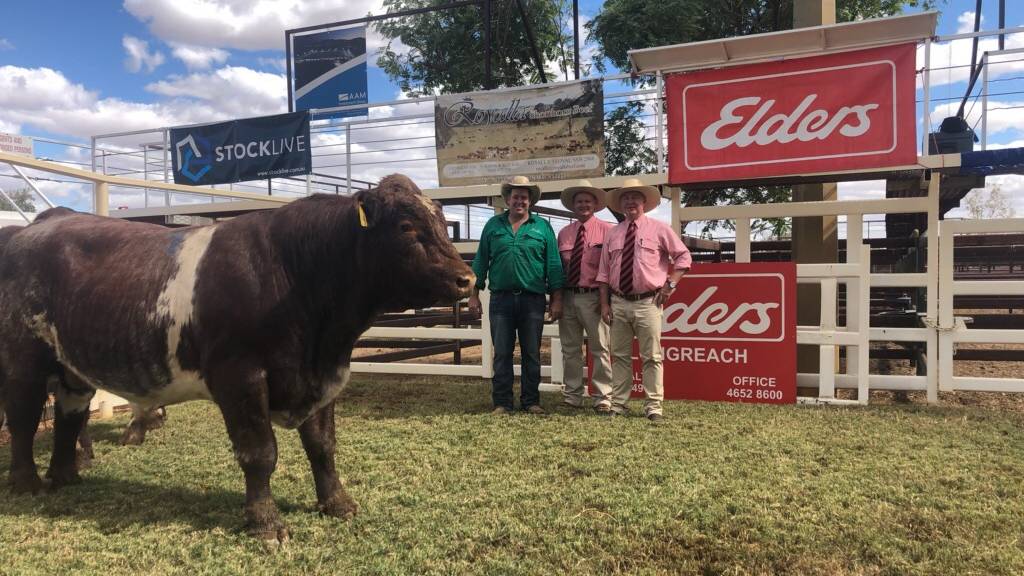 There was a healthy demand for the 19 Royalla Shorthorn bulls offered at the Longreach Saleyards selling complex in early May, where a number of firsts were notched up.

There was a healthy demand for the 19 Royalla Shorthorn bulls offered at the Longreach Saleyards selling complex in early May, where a number of firsts were notched up.

It was the first bull sale to be held at the yards since 2017, and the first sale of any sort at WQLX since March 2019.

Elders stud stock representative Andrew Meara said while there were only four people attending in person at the sale, there was a virtual crowd of 57 watching the sale online.

Five of them were registered bidders and eight of the 19 lots offered received bids from online buyers.

Regular Royalla clients, Keough Wirth and Pedley, Boonamerrie, Longreach, took home both the top priced bull for $20,000 and the second top bull for $19,000.

The top bull, DPK Royalla PO11 weighed 784kg, and had a scrotal circumference of 35cm and semen motility of 90pc.

He was sired by Belmore Oregon and is the natural calf of his dam, Damo Park Melody J435, described as a spectacular donor cow.

Royalla P129 tipped the scales at 734kg, had a scrotal circumference of 38cm and semen motility of 85pc.

Three of the lots sold online, to the value of $13,000, were purchased by first time users of the StockLive platform, Quilpie's Pete and Wendy Sheehan.

Commenting on their experience, Ms Sheehan said it had been convenient to purchase online during COVID-19 restrictions and was something they would look at using again.

Mr Meara said that giving vendors, buyers and interested parties the option of watching and bidding online during the current restrictions was one of the key reasons they could run a successful sale.

"It opened up the auction to a wider pool of buyers and that's better for everyone involved," he said. "I can see us continuing to offer this option for future auctions and I have no doubt the number of online bidders will grow."

He said Nicholas Job and Royalla had always been a big part of the Elders Longreach All Breeds bull sale and had continued to hold a small sale at the Longreach Show when the multi-vendor sale had to be put on hold, thanks to drought.

"He didn't want to stop being there for his clients," Mr Meara explained. "When we can get the bigger sale up and running again, he'll fit back into that."

The Royalla sale was brought forward a week and moved to WQLX when the Longreach Show was cancelled, thanks to COVID-19 restrictions.