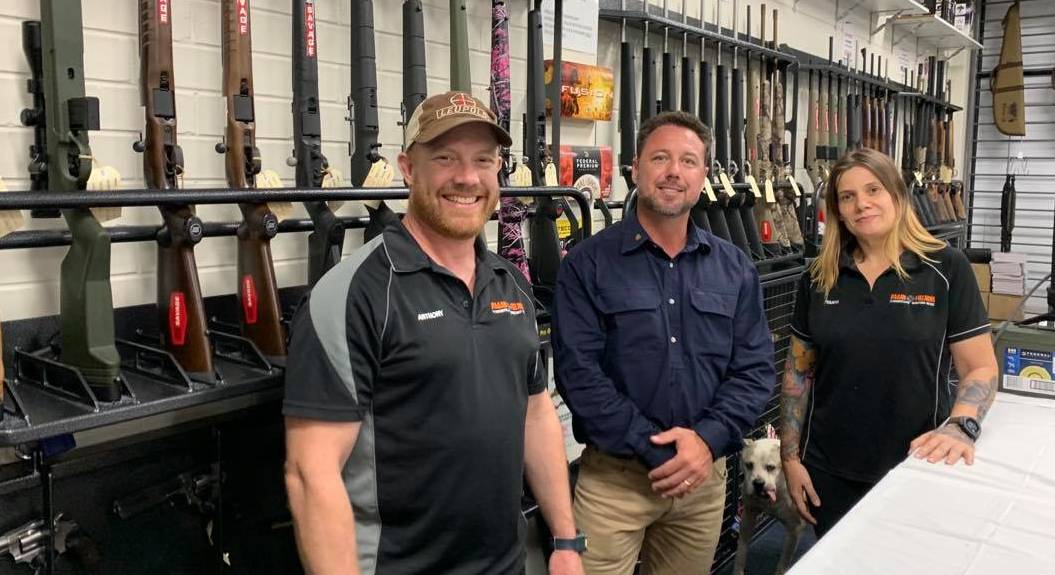 Hinchinbrook MP Nick Dametto with the owners of Pagan Firearms, Anthony and Tanya Pagan, earlier this year before COVID-19 restrictions were in place. Picture supplied.

After considerable pressure from a variety of sources, the state government has relaxed its remaining trading restrictions on licensed firearm dealers and armourers.

After considerable pressure from a variety of sources, the state government has relaxed its remaining trading restrictions on licensed firearm dealers and armourers.

From Saturday morning, recreational and sporting shooters in Queensland will be again be able to purchase firearms and ammunition, following similar relaxations in Victoria and Western Australia.

They had been prevented from making these purchases at the end of March when a public health directive that stopped dealers from selling firearms and ammunition to legitimate firearms licence-holders when fears of the pandemic's consequences were at their height.

Following a strong outcry, that was relaxed a few days later for primary producers, feral pest controllers, macropod harvesters and vets, but not for recreational firearms users.

Related: Demands for gun shop restrictions to be lifted

A spokeswoman for Health Minister Steven Miles confirmed on Friday afternoon that as of May 16, licensed firearms dealers and licensed armourers are no longer listed as a non-essential business in the Non-Essential Business, Activity and Undertaking Closure Direction (No.10).

This means that they will be able to operate, as long as appropriate social distancing is observed.

Hinchinbrook MP Nick Dametto said he while he was thrilled for sport and recreational shooters, there was never any justification for the trading ban to have been implemented by the Chief Health Officer in the first place.

"The trading ban was never necessary and was a classic example of bureaucratic overreach," Mr Dametto said.

"When the initial blanket dealer ban came out, I was proud to have worked alongside the firearms industry to force the government to put a number of license code exemptions in place, which has since allowed licensed dealers to sell to primary producers and pest controllers in need of firearms and ammunition to manage properties.

"But even after these exemptions were put in place, the battle was not over. Today is a victory for recreational and sport shooters, but it was a ban that should have never been imposed on them or any licensed firearms owner and caused some much unnecessary frustration."

He said that after several weeks of lobbying, it was finally good to see common sense prevail.

"As a shooter, I look forward to getting back to enjoying my chosen sport. Both myself and the sports shooting community will not forget what Labor did to law-abiding firearm owners in a hurry," he said.

The backdown came a day after the Nationals in the Senate condemned state Labor governments for using COVID-19 to enforce bans on the sale of firearms and ammunition.

Nationals Senate Leader and Senator for Victoria Bridget McKenzie's motion was supported in the Senate despite Labor and The Greens voting against it.

Senator McKenzie's motion called out state Labor governments for failing to recognise and respect the significant social, economic and environmental benefits of hunting and shooting to Australia. 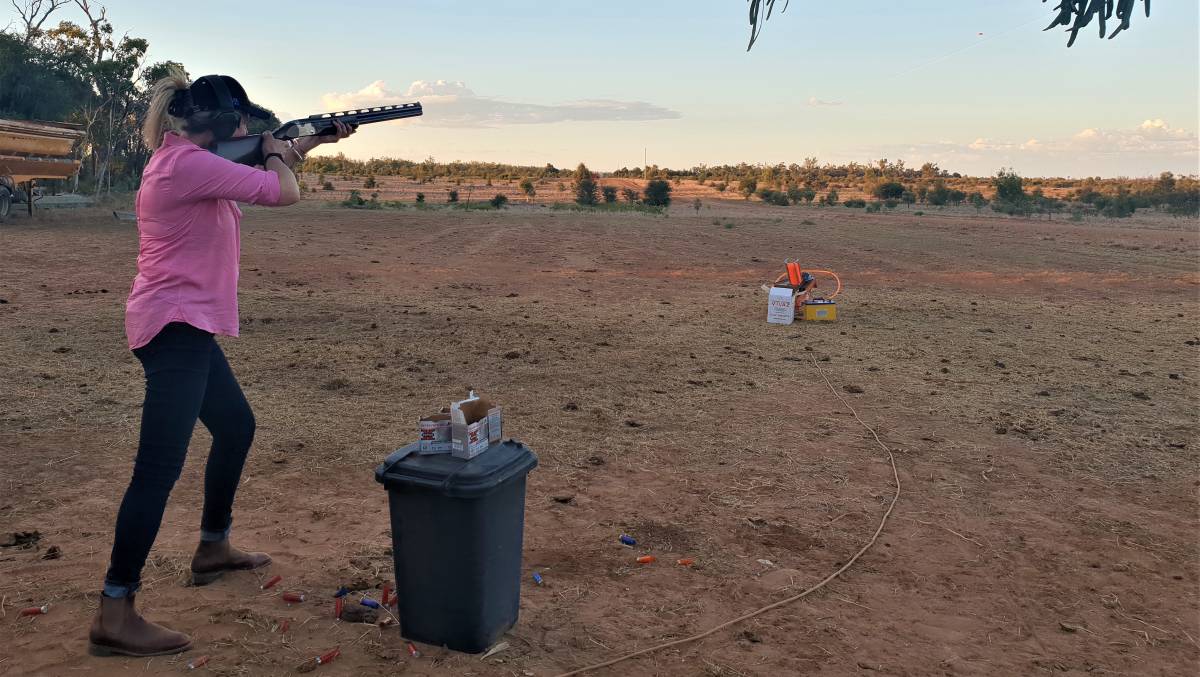 Senator Bridget McKenzie taking part in some recreational shooting at Alpha in 2019.

"Today in the Senate, Labor and The Greens showed their true colours in voting against this motion," she said.

"Restrictions, regulations and policies affecting recreational shooters and hunters, farmers, fishers, law-abiding firearms retailers, owners and the firearms industry should be based on facts and not ideological dogma," Senator McKenzie said.

"State Labor governments have backtracked and reversed their shifty, outrageous attempts to ban the sale of firearms and ammunition. This is thanks to strong fact-based advocacy from our shooting and hunting groups and National Party MPs and Senators.

"These bans were ill-informed, and it was unfair treatment of recreational shooters who contributed $2.4 billion to our economy in 2018.

"The disgraceful agenda of Labor and the Greens has been laid bare. They used an international health pandemic to try to stop us doing what we love, shooting at our local clubs or hunting with family and friends."