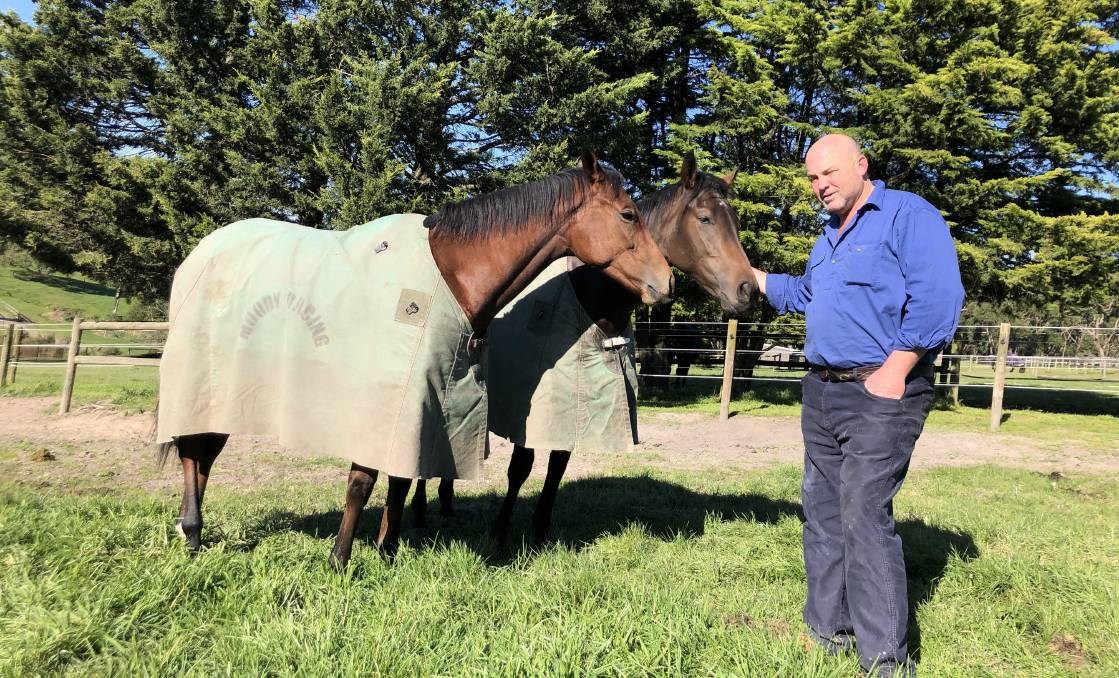 Peter Moody left on his terms as a winner and returned the same way on debut.

Wyandra's favourite son and former champion horse trainer Peter Moody wasted no time returning to the winner's circle when he renewed his trainer's licence and saddled up his first runner recently.

The previously four-time Melbourne premiership-winning trainer saluted with Shepard, the $2.50 favourite, in the Hertz Ballarat Benchmark 78 Handicap over 2000m.

Mr Moody's former long-time stable jockey Luke Nolen was in the saddle, and it was the first winner for the trainer and jockey partnership since March 3, 2016.

Mr Moody said it was great to be back training and having a winner under his belt was "icing on the cake".

"It was good to be reunited with Luke as previously we had been the most successful trainer and jockey combination in Victoria," he said.

Mr Moody forged a path from the dusty paddocks near Wyandra to enjoy an extraordinary career as a race horse trainer, calling it a day in March 2016.

At the time he was suspended for six months after he was found to have presented a horse with an illegal level of cobalt in its system.

He bowed out winning his last race, the Group 1 William Reid Stakes, with Flamberge.

Mr Moody's then career tally included winning 2402 races, including 25 straight with the mighty Black Caviar, and just on $113 million in prize money.

When Mr Moody closed his Caulfield stables and relocated his horses to other trainers, he said he would not return to training in the foreseeable future - but told the owners that maybe down the track it was something he would revisit, whether it is in 12 months, 18 months or two years.

Since then, Mr Moody has largely stayed involved in the industry through a variety of roles including as a bloodstock and racing manager, and as an ambassador for Ladbrokes Racing.

He has also been a popular voice as an expert commentator for Victorian racing broadcaster Racing.com.

When Queensland Country Life recently caught up with Mr Moody, he said while he enjoyed the challenges of a career change over the past four years, a return to training was always hankering in the background.

"It (a training comeback) was something I had spoken and joked about with a few mates over a period of time," he said.

"I really gave it some really serious thought over Christmas, so with the backing of Sarah and the girls (Cara, Celine and Breanna) we decided to give it another chance.

"The end result was that I was paying someone to train horses when I could train them myself. It was frustrating to watch."

"At this stage, 30 of the boxes are filled mostly with a team of young horses," he said.

"And I have had a positive response from former owners so will fill the rest of the boxes."

Mr Moody insists his cobalt ban is all behind him now and he has returned with a fresh racing passion and Victorian Racing has a new administration so there is no ill feeling either way.

Before his suspension, Mr Moody was renowned for travelling to the bush and running horses in an easier class, not only to pick up some prize money but to give his horses that winning feeling.