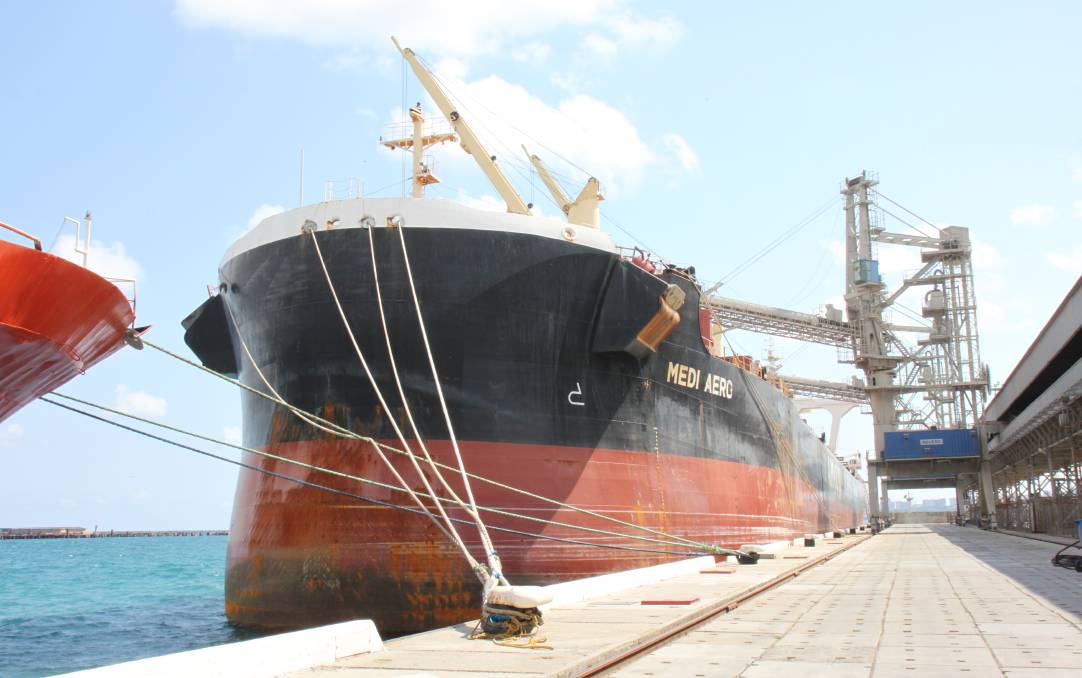 As the barley industry hold its breath on China's tariff moves, hope hangs on the Australian Dollar to help come to the rescue for exports in 2020.

It appears 18 months of uncertainty for Australian barley growers in regards to the outcome of China's anti-dumping and countervailing duties investigations may be about to end in tears.

China's Ministry of Commerce (MOFCOM) is reported to be close to announcing exorbitant tariffs on all barley imports from Australia as a result of its prolonged inquiry.

The news comes as farmers across the country are busy planting this season's winter crop and arrives too late for any material change in planting intentions.

Barley is traditionally Australia's second-biggest winter cereal crop after wheat - by area and volume of grain production - and most of this season's 4.5 million hectare crop has already been sown.

Beijing announced the barley probe on November 19, 2018, after the China International Chamber of Commerce complained that Australian barley was being subsidised by the government - allowing it to enter the Chinese market in large volumes and at discounted prices, hurting domestic producers.

According to a joint media release from Australian agricultural industry groups, Beijing is proposing two - supposedly yet to be finalised - tariffs.

These are an anti-dumping margin of 73.6 per cent and a subsidy margin of 6.9 per cent. That is a total of 80.5 per cent and would make it almost impossible for Australia to compete with alternate barley origins into the valuable Chinese market.

The information released by MOFCOM during last weekend raises a whole myriad of questions, the answers to which the Australian barley industry can only guess.

Also, there are questions about whether the Chinese government can find a way to impose the tariffs, but continue to buy Australian malting barley.

Chinese brewers and maltsters - many of which are semi-government operations - rely on Australian malting barley, as the quality of domestic production is not suitable and freight from alternative origins, such as France, is much higher.

The domestic grains industry, in conjunction with the Australian government, has been given 10 days to respond to China, with MOFCOM expected to release its final determination on May 19, 2020.

This will be exactly 18 months after the start of the investigation - the maximum allowable period under World Trade Organisation rules.

The threat of sanctions by MOFCOM comes at a time when relations have frayed between Canberra and Beijing, aggravated by the Australian government push for an investigation into the origins of the coronavirus outbreak.

If China follows through with the imposition of the proposed tariffs, this places a huge question mark over Australia's barley exports for the balance of this season - and the current forecasts for exports to China in 2020-21.

In recent years, Australia has been China's biggest supplier of barley - with the grain going into both the brewing and stock feed markets.

This was valued at more than AU$2.2 billion and accounted for about 75 per cent of China's barley imports in that period.

Although still significant, the volume dropped substantially in the 2018-19 season to just over two million tonnes worth about AU$700 million - as the anti-dumping investigation made it difficult for consumers to acquire import permits.

China is still Australia's biggest export barley customer this season, with about one million tonnes shipped to the country to the end of April 2020.

Second on the list of barley destinations by volume is the Queensland domestic market, with transhipments - predominantly from South Australia and Western Australia - into the port of Brisbane totalling more than 0.9 million tonnes. This is followed by Thailand at just over 0.4 million tonnes and then Japan at 0.2 million tonnes.

With an excellent soil moisture profile throughout News South Wales, Victoria and SA - and promising rainfall across many parts of WA last week - most of the current Australian barley crop is being planted on time and into favourable soil conditions.

That means Australia is looking at a barley crop of at least 10 million tonnes this year.

If farmers manage to plant all of their intended area in those states, and there is above-average winter and spring conditions, then production of 12 million tonnes is quite achievable.

This would give Australia an exportable surplus of barley of about six to eight million tonnes.

In the absence of China in the market, one of the first destinations domestic exporters will look to is Saudi Arabia - in particular the Arabian Gulf, where Australia has a freight advantage compared to Black Sea exporters.

The latest tender price into Dammam was US$207 cost and freight (C&F).

New crop Black Sea barley was reportedly bid US$170 last week and -with shipping to the Arabian Gulf costing about US$29 - that equates to a delivered price of US$199 (C&F).

The other alternative for volume barley exports will be to displace corn into feed rations throughout Asian markets.

While that is possible at current prices, there is a huge corn harvest coming-off in South America at present; the northern hemisphere corn crop will be big if all goes well; and COVID-19 has decimated global demand.

On that basis, it is unlikely global corn values will hold at current levels as we move closer to the Australian grain harvest.

It is hard to understand what has driven the Chinese tariff decision and we will have to wait until 19 May to find out the full details.

But with the potential for a substantial Australian barley crop this season, any erosion of demand or closure of traditional markets will be detrimental for grower bids - unless the Australian Dollar comes to the rescue.

The story Barley blow from China may prompt exporters to explore other options first appeared on Farm Online.