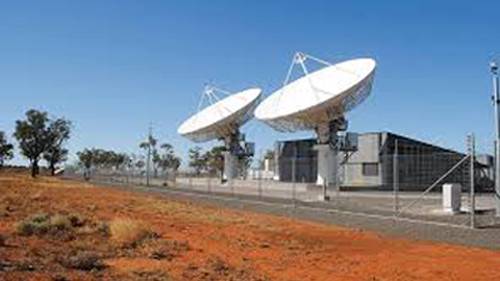 There should be no shortage of data availability to Sky Muster satellite users, with news NBN co will extend its offer of up to 40 per cent more capacity for two more months.

The offer carries the expectation internet service providers will pass on the extra data to their customers at no cost, throughout June and July.

NBN also announced it would extend the ability for providers to increase the average download data limits for standard Sky Muster services for another two months, effectively lifting data caps for those not on Sky Muster Plus plans.

The announcement comes on the back of the latest Australian Broadband Data Demand report, showing record data download and uploads.

"We are extending these offers by another two billing periods because we know how crucial it is for the nation to have access to reliable and fast broadband services as Australians continue to work, study and be entertained at home," he said.

Mr Whitcomb said the extension follows an earlier announcement of $150 million in financial relief to allow low-income households, along with small to medium businesses, to remain connected throughout the pandemic.

Initially launched in March, the capacity offer is passed through to internet service providers by allowing them up to 40 per cent more Connectivity Virtual Circuit capacity.

The CVC could be described as the width of the 'data pipe' each provider has access to, the more they pay, the larger the CVC, the more data flows and the better they are able to service customers in a specific area.

If an internet service provider has not purchased sufficient capacity for an area from the NBN it can lead to increased data congestion and slower speeds.

According to the NBN, the additional capacity was applied to Sky Muster providers in February, which is why the vast majority of customers have not seen increases in congestion through the pandemic, despite the massive increases in data use.

However, whether customers see increases in their data packages will depend on their provider - specifically whether it had already purchased sufficient CVC for its customer base in an area.

Because of this, consumers are encouraged to seek comparisons on their service through independent organisations such as Better Internet for Rural, Regional and Remote Australia (BIRRR) and to shop around between providers.

Mr Whitcomb said data demand continued to remain high,with the Australian Broadband Data Demand report showing an increase of 18 per cent in data during business hours, and a 32 per cent increase in the evenings.

"Metrics show that while broadband use has significantly increased during this pandemic, we have also seen network demand settle into a new range where usage remains at higher levels throughout the day, compared to the pre COVID-19 baseline," he said.

"We are seeing increased demand for higher speeds as customers reassess their demands during social isolation and make sure they have the broadband service to support it.

"It is always important to speak to your internet provider to ensure you are getting the broadband service you need to support your work, study and entertainment needs."

The story The sky's the limit for data first appeared on Farm Online.