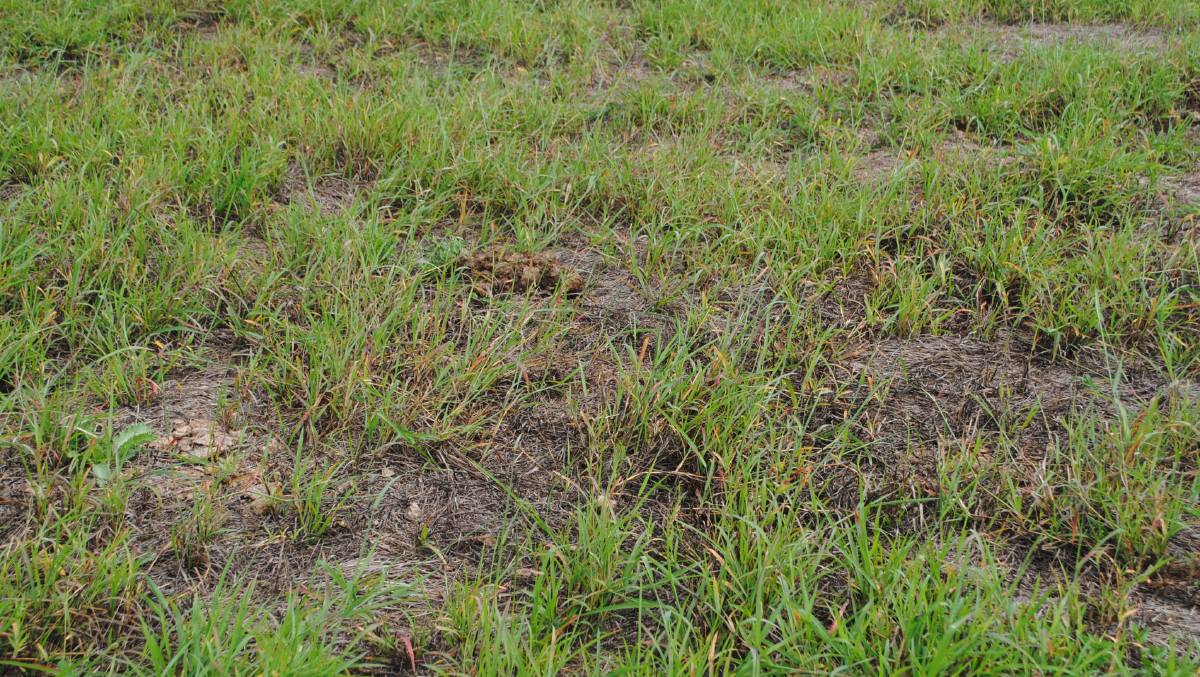 WATCH FOR: The early stages of pasture dieback in southern Queensland.

Mealybug to come under the microscope in new R&D

MLA has been awarded a $2.7m grant from the Federal Department of Agriculture, Water and the Environment to help fund research and development and has committed an additional $2.7m to match the grant funding with producer levy investment.

Part of the grant is funding R&D investigating pasture mealybug as a possible cause of the devastating condition, led by Queensland University of Technology microbiologist, Associate Professor Caroline Hauxwell.

MLA recently called for full applications from research organisations with the capability to undertake R&D into on-property monitoring, control methods, and mitigation actions for pasture dieback. These are currently being assessed.

This recent call will support the Federal Grant implementation as well as additional work on causal factors and solutions across Queensland and New South Wales.

Pasture dieback has been periodically observed over the past 30 years, however, in 2017 red meat producers across parts of central Queensland reported widespread dieback of both sown and native pastures.

It has since been observed across southern to northern Queensland.

Most recently, pasture dieback has been confirmed on the north coast of NSW.

MLA Managing Director Jason Strong, MLA board director Russell Lethbridge and MLA General Manager - Research, Development and Adoption, Michael Crowley, were on the ground in central Queensland recently to meet with impacted producers and AgForce representatives on the issue.

Mr Crowley said while pasture mealybug was seen as a likely contributor to pasture dieback, it is vital the exact cause or causes need to be validated with certainty.

"While R&D projects investigating pasture mealybug are underway, it is vital to investigate other possible causes, management interventions, and undertake detection and monitoring," Mr Crowley said.

Mr Crowley said while widespread rain across many parts of Queensland this year had transformed drought-hit pastures, it had also sparked a re-emergence of pasture dieback.

"Ongoing drought had made it difficult to tell the difference between pasture dieback and the impacts of drought. However, the widespread rain is starting to reveal the true extent of the problem," Mr Crowley said.

"This R&D is just one of the ways MLA is working to help identify the cause of pasture dieback and develop effective management measures and solutions for producers.

AgForce Cattle Chair, Will Wilson, has been at the front line of the issue.

"Whilst many parts of the region have experienced a decent break in the season, it is vitally important that efforts to address this issue are not masked by the improved conditions."