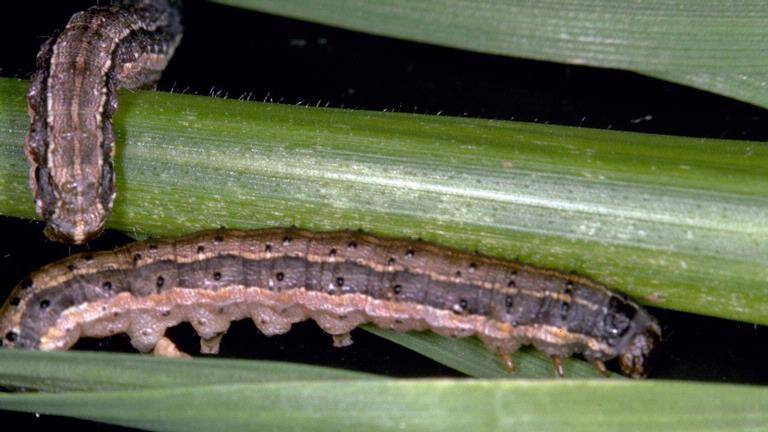 The invasive fall armyworm has travelled thousands of kilometres south from where it was first detected on the Australian mainland.

The invasive fall armyworm has travelled thousands of kilometres south from where it was first detected on the Australian mainland at Bamaga in February.

On April 3, the Department of Agriculture and Fisheries confirmed the pest had been found at Bundaberg.

"A single moth was found in one of the department's state-wide network of fall armyworm traps," a spokesperson for the Department of Agriculture and Fisheries said.

"This is not unexpected as fall armyworm is highly mobile and can fly long distances with suitable weather conditions."

The pest is native to tropical and subtropical regions of the Americas and was first detected on the Torres Strait islands of Saibai and Erub in January 2020.

It has been found in several locations across Queensland including Bamaga, Croydon, South Johnstone, Tolga, Lakeland, the Burdekin, Bowen and now Bundaberg.

A fortnight ago, the Northern Territory Department of Primary Industry and Resources confirmed the first detection in the NT.

Four adult moths were captured in a trap in Katherine and morphological analysis and molecular diagnostic testing was conducted, confirming the case.

Specimens were subsequently detected in traps located in the Darwin and Douglas-Daly regions. There has also been a confirmed case in northern Western Australia.

Queensland farmers, who think they may have found the pest when conducting bug checks, are urged to photograph and report sightings to DAF on 13 25 23 or to their local biosecurity officer or extension officer.

Further advice for farmers about management and the potential impacts is available online.