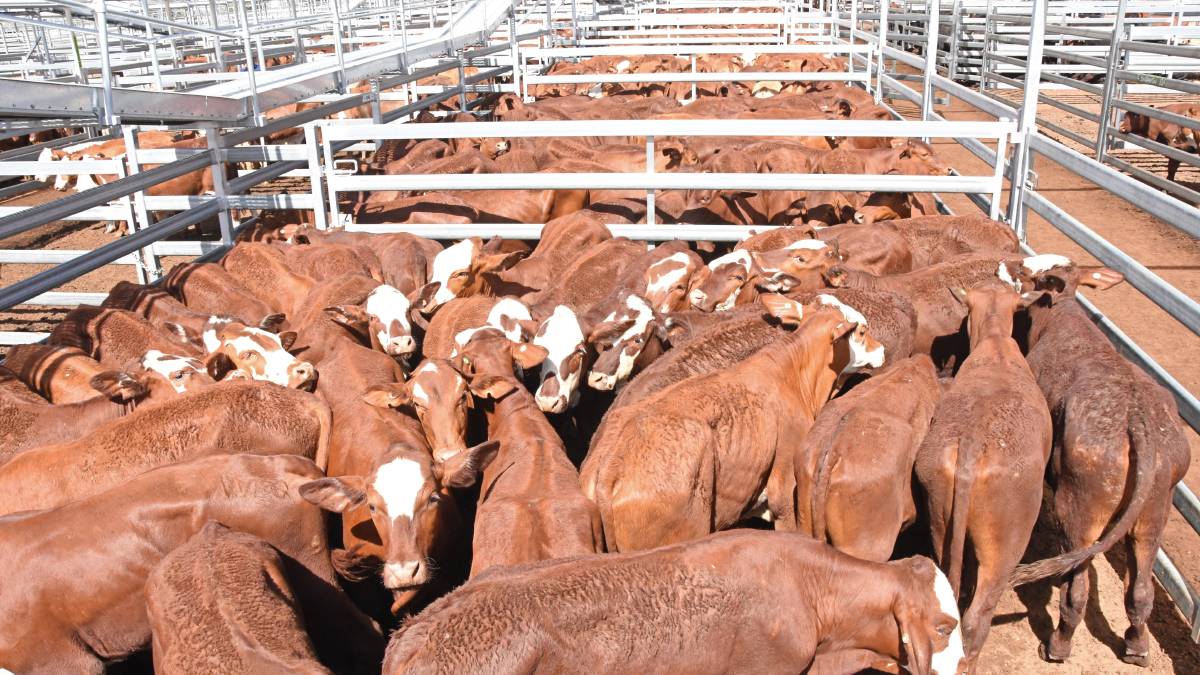 STRONG cattle supplies combined with extremely unpredictable demand continues to restrain the market but agents feel the drop in prices has not nearly paralleled the level of volatility.

Feeder steers are hovering around the 352 cents a kilogram live weight mark, down from 374c a fortnight ago, according to Meat & Livestock Australia's makeshift cattle indicators.

Heavy steers are also holding around the 315c mark while yearlings have dropped 7c to 336c/kg and medium steer prices have dropped a significant 23c to 294c/kg.

In the south, lighter weaners - 250 to 350 kilograms - appear to be in the strongest demand, boosted by demand from northern NSW regions that have had some rain and are looking to restock. Victorian agents report they are making up to $4/kg.

Yarding numbers have eased back from the big volumes that came onto the market in the second half of March, however supply is still higher than the very low levels of February and early March.

The lift in numbers coming forward was largely a result of producers looking to offload ahead of any processor or saleyard shutdowns that might come from the virus crisis and also the desire to capitalise on record cattle prices.

Agents across the board say they think the trend of easing numbers may continue after Easter, given optimistic weather forecasts and already low stocking rates on farms, although the situation is highly volatile.

Peter McConachy, livestock sales manager at Charles Stewart, Colac, said issues around conducting store sales under the new social distancing rules, and the fact some sales had been cancelled, was causing a great deal of uncertainty for producers.

"Between concern over limited buyer numbers and caps on numbers of cattle to be sold, most producers are probably opting to hold back where they can for now," he said.

"Pretty good widespread rain across South West Victoria has also helped cement that decision to hold although going into winter, some may need to offload."

Cattle numbers listed on AuctionsPlus have already dropped, with listings down to the tune of 10,800 last week and the reduced offering resulting in an upward trend of prices across several stock categories. The most notable was in cow and calf units which skyrocketed $423.

While cattle supply could remain stronger after Easter, market analyst Angus Brown, Mecardo, believes there are positive signs for prices on the back of export values and rainfall forecasts.

Improving demand out of China and cheap beef demand in the United States has seen the 90CL (chemical lean) frozen cow price bounce strongly, he said.

And the latest three-month outlook from the Bureau of Meteorology has most of the East Coast with a 50 per cent or better chance of better-than-median rainfall.

Rabobank's latest agribusiness monthly said Australian exports to the US were a particular one to watch as Covid-19 effects plays out.

Senior analyst animal protein Angus Gidley-Baird said on the one hand the closure of eating out venues would hurt, as larger volumes of Australian beef go into foodservice.

"However, people trading down to cheaper cuts, such as burgers in quick-service restaurants, will favour our exports," he said.

MLA analysts highlighted carcase balance as being a massive challenge at the moment.

While flourishing retail demand is a positive and has helped offset the lack of demand from the foodservice sector, a number of issues have emerged from this shift, they said.

Typically, higher value loin cuts make their way into foodservice, balancing out the overall value of the carcase for processors. Profit margins on manufacturing meat are typically much smaller and the sale of high-value cuts are necessary to maintain profitability.

If this lopsided demand remains, and the premium injection from foodservice is forgone, it will likely impact processor purchasing power for cattle, according to MLA's market information people.