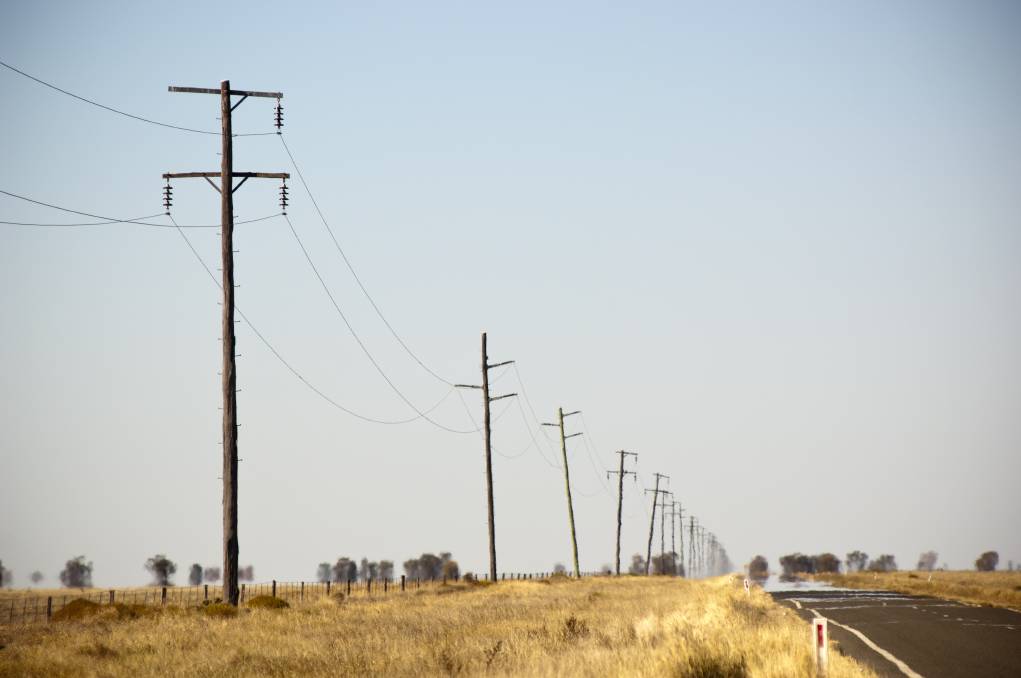 Check out the Aussie innovation which is protecting essential on farm infrastructure and saving producers serious money in the process.

When drought and tough economic times hit, you need to be able to rely on your critical on property infrastructure to get you through. You can't hemorrhage money you don't have.

However nothing kills the pumps on your bores or the motors on your freezers and cool rooms quite as quickly as a fluctuating power supply.

Few know this better than electrical technician and Queensland Country Electrical director/owner Gavin Elliott, who was the driving force behind a revolutionary new product which helps to minimise the issue.

"I grew up on a sheep and cattle property outside of Winton in Western Queensland and we used to have these problems all the time," he said.

"Then when I was working back in similar environmental conditions many years later as an electrical contractor, I started to look around for solutions to ease some of the stress it caused to those living in rural and remote areas, in towns and on the land."

In Queensland's Central Highlands, the Mains Alternating Current Supply (MACS) Monitoring system has been a game changer for a number of farmers.

The product is receiving rave reviews from producers who say they were sick and tired of shelling out thousands of dollars each year to repair or replace important infrastructure, which was being damaged by fluctuations from the grid. 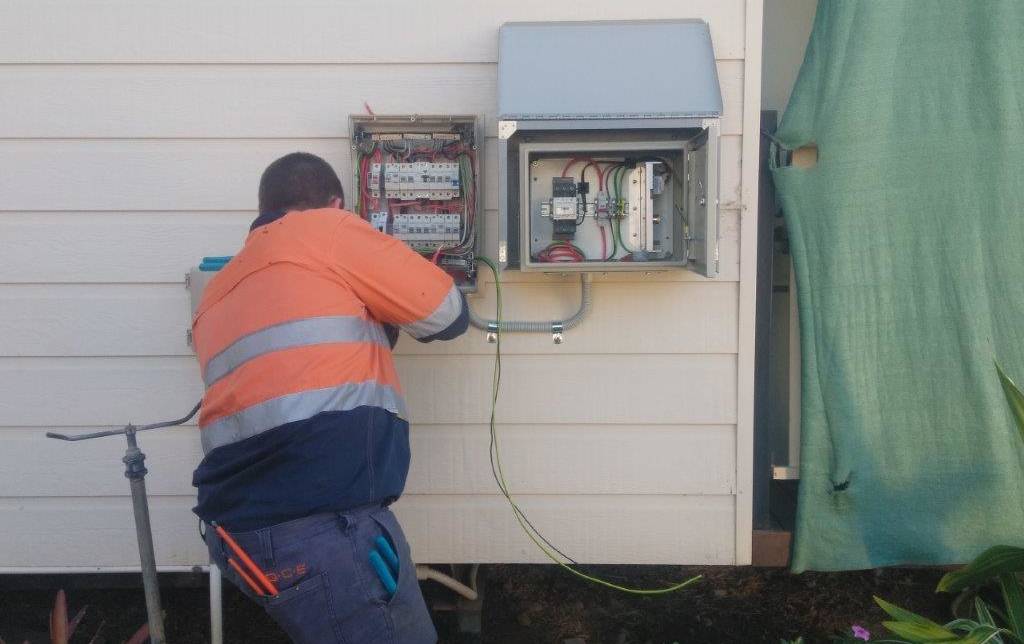 "The MACS Monitoring system can be installed anywhere on your property - including on your house - and protects your electrical goods most likely to be affected," Mr Elliott explained.

"When the power drops to below 205 volts or goes above 255 volts, it cuts the power out within a second and monitors the voltage for three minutes before turning back on," he continued.

"This gives all of your cold rooms, fridges and freezers time to settle down and it gives the compressors and gasses in them time to settle back down and equalise before turning back on."

Additionally, it prevents subsequent brown-outs when everyone else on your line is struggling to regain power at once after an event has occurred.

Both the over and under supply of electricity are frequent occurrences in many remote or regional areas, sometimes multiple times a day.

When the voltage goes up your electrical goods begin to run higher and faster than normal, when it drops they are placed under greater stress, causing them to draw more current, overheat and brown-out. Over time, this causes them to wear out quicker and die.

After years of watching his friends and clients lose thousands upon thousands of dollars unnecessarily, Mr Elliott became determined to find a solution.

"Every summer we were doing 20 to 40 insurance letters and there was nothing out there that addressed the problem," he said. 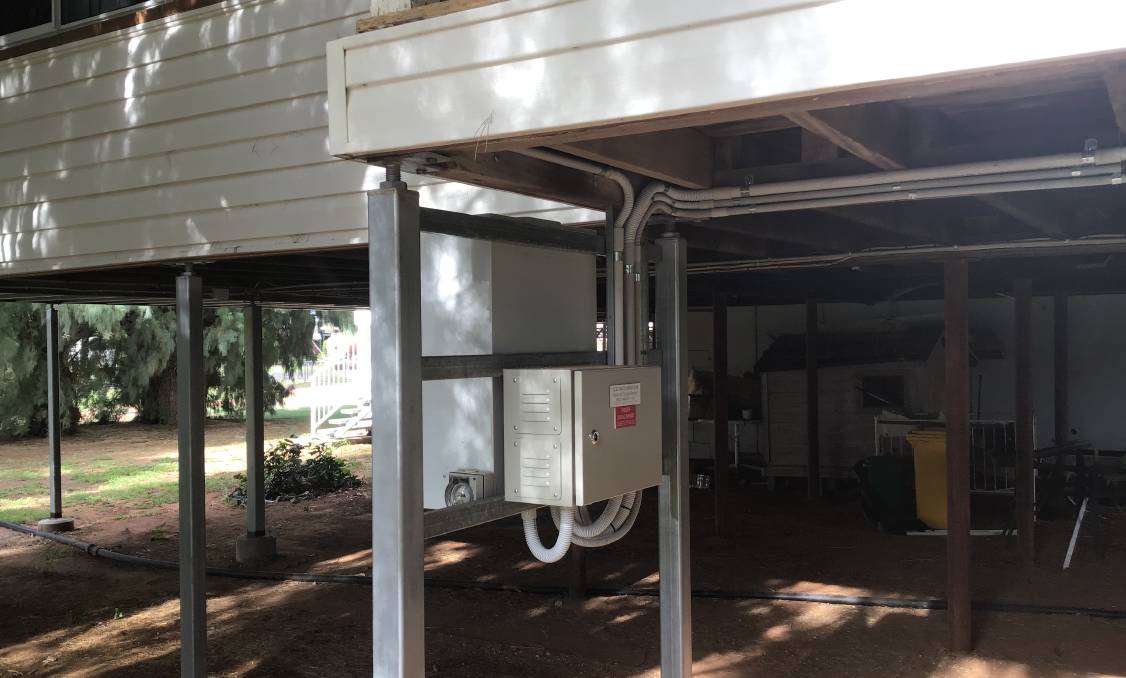 "I mean, there were plenty of bits and pieces you could get from the electrical wholesaler that you could wire up yourself, but what we were looking for was something unique and simple, a self contained unit that could do it for you. And, we wanted it to be easily installed by any electrician."

He scoured both the domestic and international market but was unable to find a product which complied with our rigorous Australian standards. Eventually, he decided to manufacture his own, to suit his clients needs.

With the help of team at Innotech Control Systems Australia in Brisbane, they built the unit from scratch. They designed a motherboard and circuit board; used the highest quality components; and manufactured it to withstand our harsh climate.

When it came time to put the MACS Monitoring system to the test, Mr Elliott approached one of his regular clients, Wycheproof Pastoral Company owner Chris Zahl, who was at his wit's end with his bore.

Mr Zahl runs a commercial cattle herd of about 1400 breeders from his 17,000 acre property in the Central Highlands and the bore is integral to his operation.

Before installing the MACS Monitoring system he was having daily issues with the submersible pump. It was browning out constantly, costing him time, money and lost productivity.

It supplies water to upto 800 head of cattle at a time. So, everytime it stopped working it meant his animals were going without water.

Depending on the circumstances, it could sometimes take several days to get it fixed, which can have serious impacts on your bottom line, especially when you're trying to finish off cattle.

"When our power was fluctuating, it'd drop right down to 160 to 200 volts at times and we were just getting brown-outs. Because the pump was (consistently) not getting the right amount of power to it, it just kept burning out," Mr Zahl explained. 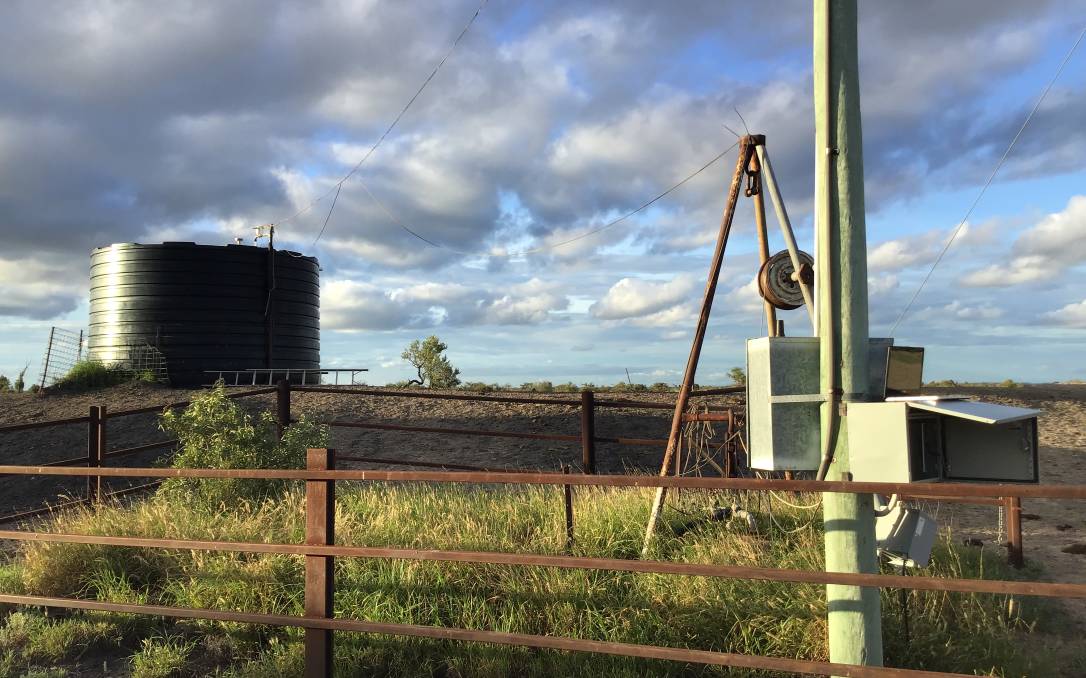 "It was a real bugger. Submersible pumps cost $1600 a pop and we were going through at least one pump a year. Plus we had (to pay for) all of the labour and our nearest pump place was in Emerald which is 160kms away," he continued.

"We were having to get Gav out all of the time, trying to fix it, and he said he'd just had this box manufactured and asked if he could trial it here. I said, go right ahead and it has just worked! You cannot fault it! In four years it hasn't tripped out once!"

Another Central Highlands cattle farmer who had their financial woes sorted by the MACS Monitoring system is Elsie Dillon, owner of Surbiton Station Alpha.

The Dillons have incurred significant financial costs from the inconsistent flow of electricity and the constant fluctuations. So, when Mr Elliott gave her the option to install a MACS Monitoring system she jumped at the opportunity.

"We've got boxes on each of our two bores. They are very important to us for watering stock," she explained.

"We were having a lot of trouble with the submersible pumps but since we had them installed 16 months ago, we haven't had any problems."

Before installing the device, the Dillons had to replace one submersible pump at great expense and pay to have another repaired. 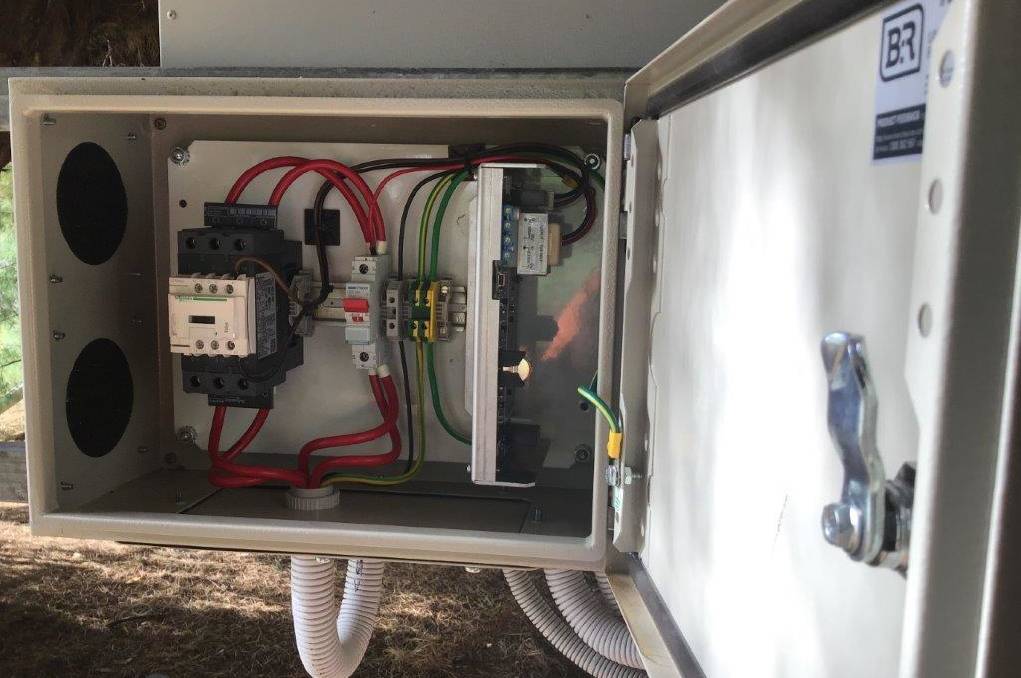 The nearest supplier was over 200kms away. When they had to wait long periods of time for parts or labourers to assist, it risked taking them "down to the wire with water".

"Since we've had the two boxes it eliminates the fluctuation and it has significantly reduced our electricity bills. What we're paying now is a lot less than what we were paying before we had them installed," she said.

"I think they're worth their weight in gold. If we didn't have these boxes installed who knows how many more pumps we would've had to replace."

The MACS Monitoring system retails for $2,000 plus GST. However, if you buy more than one the price drops to $1,900 plus GST.

Mr Elliott says this is a small price to pay when compared to the cost of losing important on farm infrastructure or white goods.

Spoilage from a freezer or cool room could set you back anywhere from $250 right through to $2,500, depending on how big the unit is and how much meat and other perishable supplies you keep on hand. When living in remote areas, Mr Elliott believes it's far better to be safe than sorry.