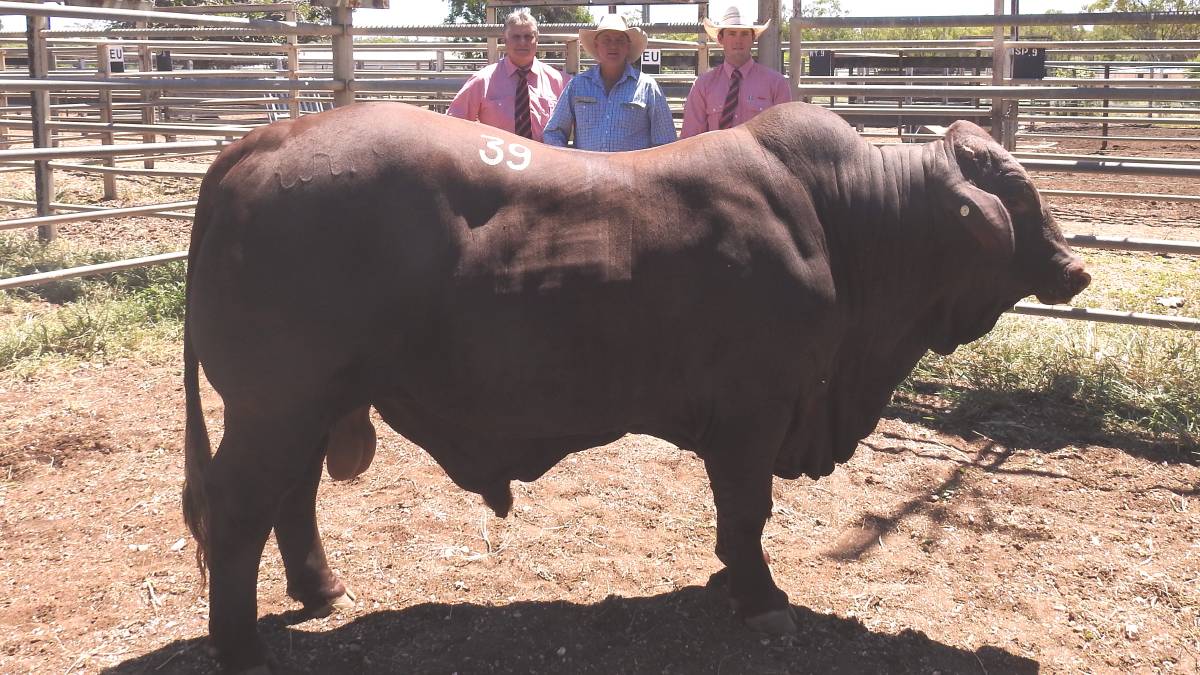 A very respectable clearance and prices were achieved by the Droughtmaster community at its annual Highlands bull sale at Clermont, held on Friday at the end of a week of cancellations around the country.

A very respectable clearance and prices were achieved by the Droughtmaster community at its annual Highlands bull sale at Clermont, held on Friday at the end of a week of cancellations around the country.

After a week of news dominated by coronavirus, 41 bid cards were filled in and more than three-quarters of the bulls offered were sold.

For the second year in a row, Warren and Carolyn Kenny scored the sale's top price, this year with Wajatryn 2580, a sought-after son of Redskin Harley and a Wajatryn dam.

As well as interest from the stands, two phone bidders were in operation on the 23-month-old sire weighing 775kg, and he was eventually knocked down for $17,000 to Bruce Semple, Coolibah, Dysart.

His figures included an eye muscle area of 133 square centimetres, P8 and rib fat measurements of 13 and 9mm, and a scrotal circumference of 44cm.

The stud averaged $8625, selling four bulls, as well as one bull on behalf of Drew and Jade Garside, Wetheron Barrister, for $4000, and principal Warren Kenny described it as a perfect sale for the stud.

"The top-selling bull was out of the first draft of calves by Redskin Harley, which we bought here three years ago for a top price of $38,000," he said. "He's producing a consistent line of good beef cattle and this one is a good example of that."

Mr Semple was a new client for them and the Kennys said they were appreciative of all the support they'd received from both new and returning clients. 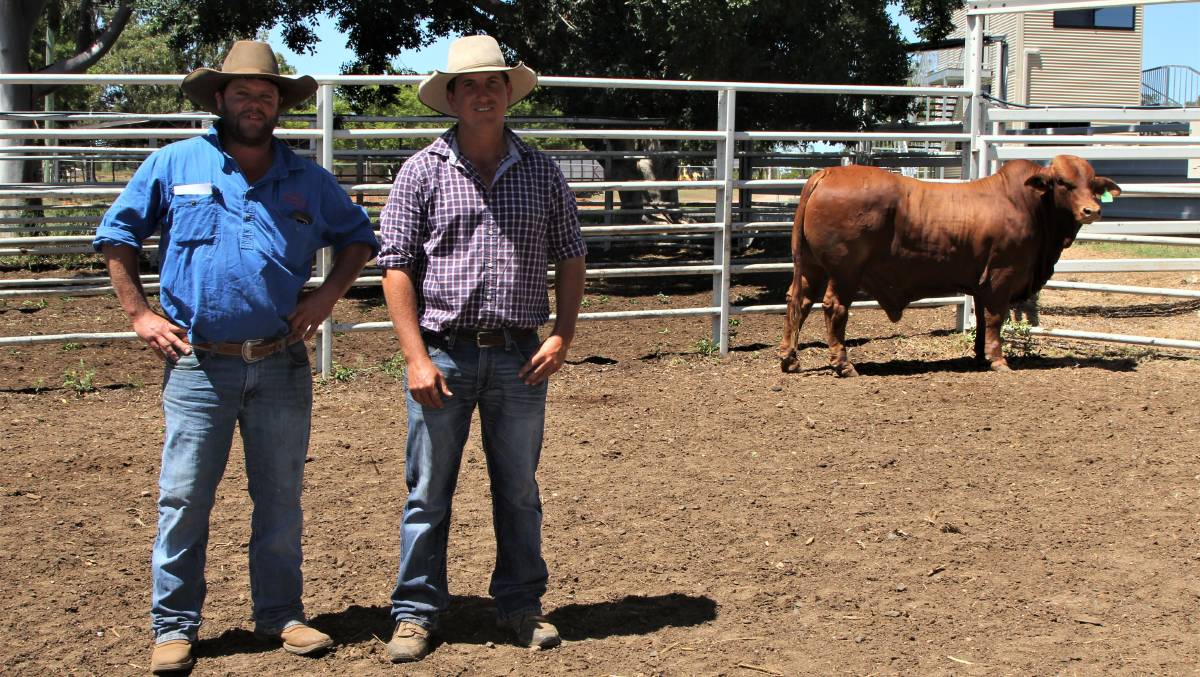 The Donaldson family at Medway posted the second top price of the sale, $13,500, paid by the Karragarra Stud's Wayne and Ingrid York for Medway Bas.

According to Hamilton Donaldson, it was good to see him go to a good home.

"I think he'll cross really well with Karragarra females - I can't wait to see his progeny," he said.

For his part, Mr York said he was looking for good bone, plus the bull had heaps of skin and good sire appeal.

It's the first Medway bull they've purchased but Mr York said the strength of Medway's breeding counted when they were making their purchase.

Medway finished the sale with an average of $6375 and all 12 bulls offered sold, plus their lot 3 and 4 bulls won the sale's prize for the best pen of carcase bulls.

The Rutherford family's Redskin stud averaged $5750 and four of seven bulls sold under the hammer, including a top price of $11,000 for Redskin 14, aged 28 months and weighing 725kg.

His EMA was 126sq cm and his scrotal circumference was 39.5cm.

Tara View Droughtmasters at Sarina were the purchasers and principal Jeff Scells said they liked his sire presence and that he had plenty of bone and leg, and would have a high semen count.

This was their first purchase from the sale despite attending before but Mr Scells commented that Rutherford bulls didn't disappoint.

The two other vendors were Strathfield, selling six bulls for an average of $4583, and Kenlogan, averaging $6250 for four bulls sold.

The sale's main volume buyers were the Bennett Family Trust of Calliope and Jumba Holdings of Charters Towers, each purchasing 10 bulls.

Sale spokesman Brian Wedemeyer, Elders, said the concerns swirling about the coronavirus pandemic had probably dropped the number of bid cards taken out by a quarter but hadn't been a big factor in the sale result.

"Last year the sale had to contend with drought, this year it's this - the affect was nowhere near as bad as we feared it might be," he said.