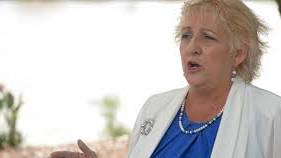 OFFER TO GUIDE: The Member for Capricornia Michelle Landry has offered to be Adam Bandt's tour guide if he visits Central Queensland.

NEW Australian Greens leader Adam Bandt might have the Federal Member for Capricornia Michelle Landry as a guide if he tours mining towns in Central Queensland.

According to a newspaper article published earlier this week, Mr Bandt planned to visit various mining townships to rebuild relations between his party and regional communities.

Ms Landry said if Mr Bandt visited mining towns such as Clermont, Moranbah, Middlemount, Dysart or Collinsville, she would be happy to be his guide.

"I think the Member for Melbourne will be surprised when he sees what the resources industry means to local hardworking families in regional communities," Ms Landry said.

"In the 2018-2019 financial year, the resources industry paid $6.1 billion in wages in Queensland, attributed $22.7 billion in purchases, benefitting over 14,400 Queensland businesses and 1,396 community organisations.

"That doesn't include the $5.2 billion in royalties shared across Queensland to help fund education, health and infrastructure projects."

Ms Landry warned Mr Bandt he needed to visit with an open mind or risk derision as happened when Dr Bob Brown led an anti-Adani convoy to Clermont last autumn.

"People in the inner-city tend to paint us as anything from ignorant, misinformed bogans to downright evildoers," she said.

"When you have a convoy of people roll through your town to attack your livelihood, you can understand why that was met with opposition and hostility."

It is understood Mr Bandt believes farmers and the Greens have more in common than thought and his party was the "only one" trying to stop climate change "devastating agriculture".

"At some point in this country, we are going to have to choose between crops and coal," he said.

Mr Bandt was contacted about Mr Landry's invite but did not respond.