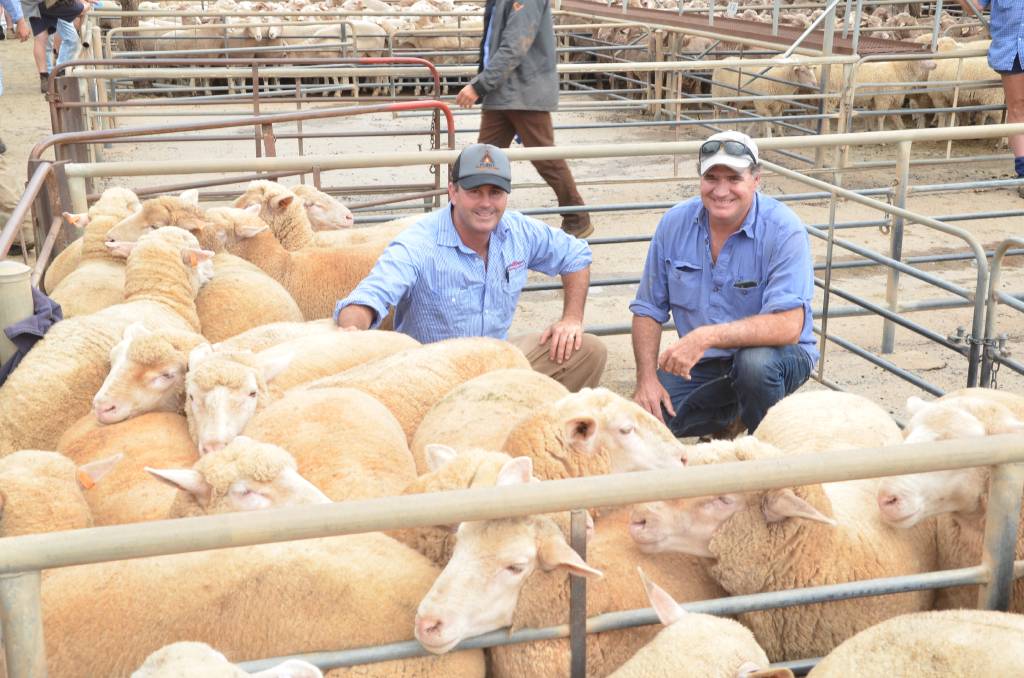 HAPPY DAYS: John Hyland, Peter Milling and Company, with Scott Carney, Strathbeg, Arthurville, near Wellington, with with the last of his heavy prime lambs which fetched $270 a head at Dubbo on Monday.

The recent upward burst in lamb prices has continued this week at sales around south-east Australia.

Saleyard lamb prices have continued to boil up amid growing fears some processors may struggle with supply shortages and high prices in coming months.

The Eastern States Trade Lamb Indicator has shot up 53 cents in the past week to 931c a kilogram carcase weight which is $2.65 above year-ago levels.

The restocker lamb indicator has climbed $2.28 in the past month and is now sitting just above $10 a kg.

The red-hot market has helped boost yarding numbers so far this week with Ballarat, Forbes, Naracoorte, Bendigo and Dubbo all posting gains - and more price rises.

The bigger yardings will please processors who have had to battle against strong restocker and fattener demand since recent good rains across wide areas of eastern Australia lifted producer confidence.

Jamie McConachy, livestock agent and auctioneer with Charles Stewart and Company, said any lambs with weight and quality were making $300 and more.

He said fatteners weren't afraid to pay $200 at the moment for sheep they could turn into animals worth $300 or more.

Mr McConachy said yarding numbers hadn't been hit with most shorn lambs due to hit the market from March onward.

The top end of the heavy mutton market eased from last week's sale which some old timers had described as the dearest prices they had seen, he said.

Mr McConachy expected mutton numbers would start to drop off from March. 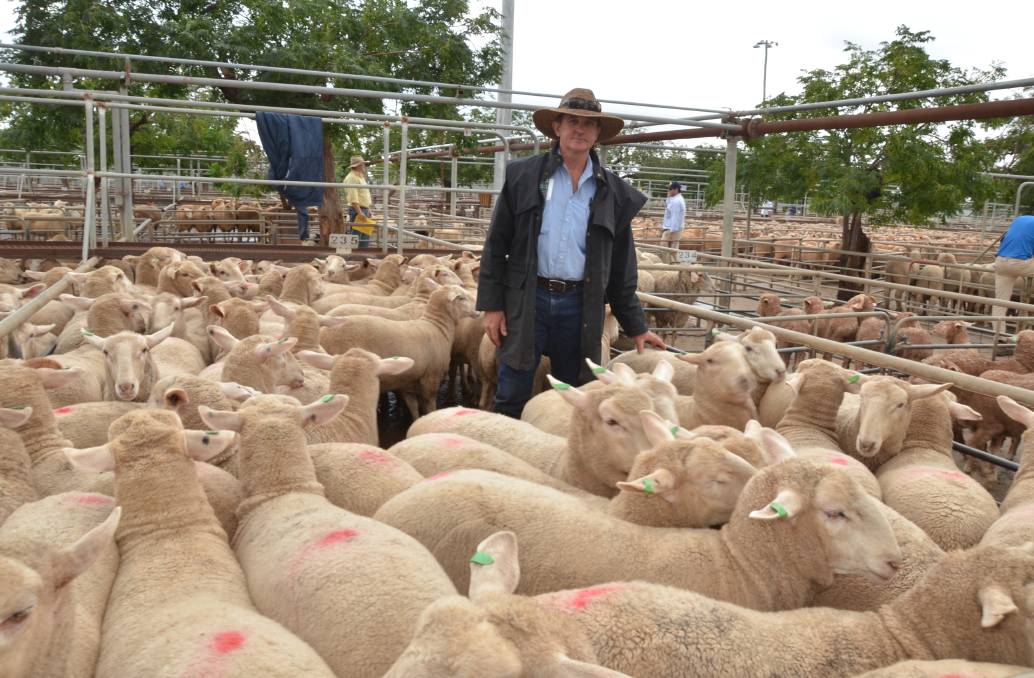 TOP REWARDS: Mick Jones from Richardson and Sinclair with a pen of heavy lambs offered by David Freeth, Greentree, Collie, which fetched $275 at Dubbo this week.

CEO of the Australian Meat Industry Council, Patrick Hutchinson, said the recent rain along the east coast had been welcome but processors were nervous about livestock supply, high prices and the impacts of the Covid-19 outbreak in China, the major importer of our sheepmeat.

He said said AMIC had been warning governments for the past 18 months about the impact on the meat processing sector of a livestock "drought" once the rains came again.

But they hadn't moved to assist the meat manufacturing sector, a major employer in regional Australia, prepare for what was shaping as a challenging time in coming months, he said.

For producers like David Freeth from Central West NSW, the costly gamble to feed breeding ewes through the worst drought in living memory has paid off.

Last year his home property, Greentree, near Collie, received just 95mm of rain meaning he had to dig deep to buy barley to maintain his core breeding flock of 2500 Merino ewes.

This week he sent 117 lambs to the Dubbo saleyards where a run of 54 heavy first-cross wethers estimated to dress 30kg and finished on barley and pellets topped at $275.

Just as pleasing is the recent rain which has started to snap the drought across the region.

In recent weeks he has received about 90mm, roughly around the total rainfall for last year.

"We chose to keep feeding our sheep, we sold all our cattle 12 months ago," he said.

The lamb yarding shot up to 11,000 at Dubbo on Monday after widespread rain had reduced numbers in the past two weeks but the extra supply didn't dampen prices.

Lamb numbers increased by 6810 at Forbes on Tuesday to 22,900 and that, combined with small drop in quality, took some heat out of recent price rises.

Heavy and extra heavy lambs were $5 easier and more in places.

Lamb prices at Bendigo jumped another $20 to $30 a head on Monday with restockers outgunning processors trying to fill MK (moslem kill) orders for the lighter lambs.

The sale topped at $312 with four pens of extra heavy shorn lambs around 36kg dressed making over $300 a head.

As well, he said fewer sheep than normal were heading direct to processing works because saleyard prices kept jumping at every sale.

Yarding numbers would likely come under pressure at some stage and processors would probably have to wait until next August-September to get continuity of supply again.

Numbers rose at Naracoorte with 7861 lambs and 1944 sheep yarded.

Trade and processor buyers had to compete against restockers who were active throughout the sale.

Large numbers of extra heavy lambs were drawn out by the $300 or more a head on offer at a number of sales last week.

Sellers weren't disappointed with a high-quality offering of heavy lambs ranging from $244 to a sale top of $310.

Light and light trade weight lambs were in short supply and ranged from $88 to $156 with restockers operating from $50 to $118 on the light lambs and from $151 to $173 on those with better conditioning.

The story Processors feel the heat as heavy lambs top at $350 first appeared on Farm Online.